Attorney Carmela M. Miraglia explores a rare Appeals Court decision that reversed a Probate Court ruling on the division of the marital home in a divorce. 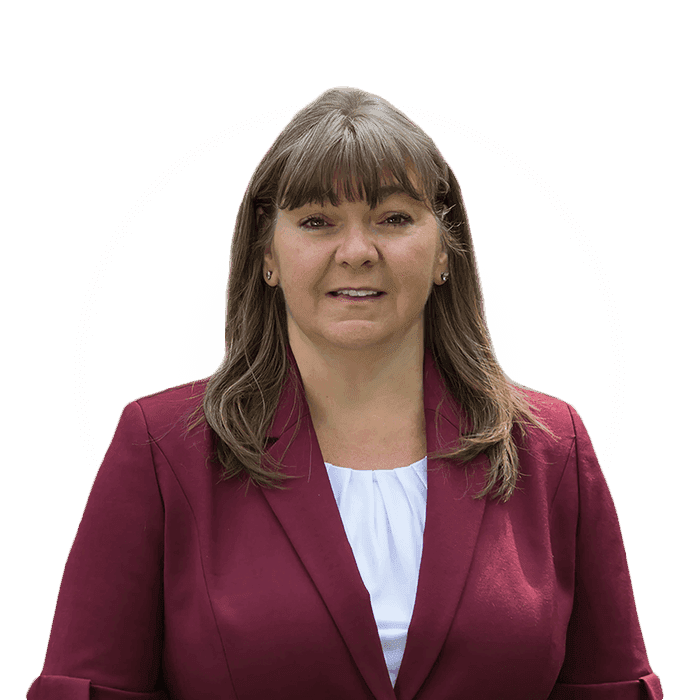 Massachusetts law requires the division of assets in a divorce to be equitable, meaning fair, though not necessarily equal. The divorce statute, MGL c. 208 s. 34, requires a judge to consider sixteen “factors” such as the age of the parties, the length of the marriage, each party’s contribution to the marriage, their employability and their ability to acquire future assets and income, among others. After weighing these factors, a judge will then determine each party’s respective share of the overall marital estate.

In December 2021, the Massachusetts Appeals Court reversed a Probate Court judge’s division of assets and remanded the case for the judge to redetermine the division of the former marital home. We have blogged before about how rare it is for the Appeals Court to overturn a Probate Court judge’s division of marital assets. Although an “abuse of discretion” is the legal standard for the appellate review of an asset division, it can be difficult to prevail on an abuse of discretion argument in such cases, where the sheer number of Section 34 factors - i.e. 16 mandatory and non-mandatory factors - often makes it is difficult to demonstrate that a judge clearly got it wrong on appeal.

In the Appeals Court’s unpublished opinion in B.R. v. M.R. (2021), the wife appealed the Probate Court judge’s division of the equity in the former marital home. Specifically, the wife challenged two of the judge’s findings: (1) that the husband had paid the $80,000 down payment on the home using funds acquired prior to the marriage, and (2) that the home had a fair market value of $755,000.

After trial, the Probate Court judge determined that Wife should receive 40% of the equity in the former marital home. The basis for the unequal division was set forth in the judge’s findings, including the judge’s findings that the husband had purchased the home with $89,000 that he acquired prior to the parties’ marriage. The Appeals Court noted:

This point was significant because the judge, in her rationale for awarding the husband sixty percent of the equity in the home (and the wife only forty percent), stated that she "assign[ed] important weight to the contributions of the parties," including specifically the husband's provision of the funds for the down payment. It is unclear whether the judge would have ordered a different proportional division had she realized that the down payment was made with marital funds, but whether to do so is for the judge to decide, not us.

The Appeals Court determined that the Probate Court’s finding regarding the husband’s down payment for the home was clear error where trial transcript in fact revealed the following:

The Appeals Court held that it was unable to determine if the Probate Court judge would have divided the equity in the marital home differently if she had realized that the husband’s down payment was made with marital funds. However, to the extent that the husband’s basic testimony contradicted the key finding of the judge, the Appeals Court revered the assignment based on the “clear error” standard, which specifically applies to a judge’s findings of fact.

“Clear Error” vs. “Abuse of Discretion” Standards in Divorce Appeals

Two legal standards typically control the appellate review of [domestic relations] decisions. The overall decision is reviewed under and “abuse of discretion” standard. …. However, a party who challenging the validity of the specific findings of fact made by the Probate Court judge faces an even tougher hurdle. Overcoming a findings of fact requires a showing that the finding was “clearly erroneous.” …. Although these two standards may appear similar, most appellate attorneys will tell you that it is significantly more difficult to prove that a finding is “clearly erroneous” than it is to prove abuse of discretion. Part of this distinction is practical; if an Appeals Court had to review every single factual finding from every single trial, the Court would struggle to ever finish a case. The “clearly erroneous” standard ensures that an appellate court is only expected to scrutinize the most obvious factual errors made by a judge.

In B.R. v. M.R., the Appeals Court held that the lower court simply made a mistake with her finding that the husband had purchased the home with a down payment he took from “premarital” funds. It is relatively rare for the Appeals Court to determine that a judge’s factual finding was “clearly erroneous”, and B.R. v. M.R. provides a good example of the legal standard at work.

In addition to its finding of clear error based on the husband’s down payment, the Appeals Court in B.R. v. M.R. also reversed the Probate Court judge’s division of the marital home on abuse of discretion grounds. Specifically, the Appeals Court found it was an abuse of discretion for the Probate Court judge to unilaterally accept the husband’s proposed value of the home of $755,000 - and disregard the wife’s proposed value of $965,000 - when neither party retained an appraiser, and where the judge herself suggested that she would take a different approach to valuing the home through her comments made at trial.

As part of the parties’ opening statements at trial, counsel for the parties made clear that the parties did not agree on the value of the former marital home. The husband asserted that home was worth $755,000 based on the price originally paid for the home three years before trial. The wife asserted the home was worth $965,000, based on a realtor’s estimate. Neither party could present a current appraisal to the judge, nor does it appear that either party had real estate training.

(It is not entirely clear from the record which party would keep the home following the divorce; however, it is fair to surmise that the valuation would have been much less of an issue if the judge had simply ordered that the home be sold and he proceeds kept. Generally speaking, when one party will retain the marital home while “buying out” the other party’s interest in the property, the party keeping the home has a clear incentivize to argue for a lower valuation for the home. Likewise, the party receiving the buyout is usually incentivized to seek a higher valuation for the home.)

In B.R. v. M.R., the Appeals Court held that the Probate Court judge abused her discretion by adopting the husband’s valuation of the house, which was more than $200,00 lower than the wife’s proposed price. However, the abuse of discretion findings was based on more than just the judge’s decision to side with the husband. The Appeals Court also noted that the judge herself had suggested she would use a different method for valuing the home in response to the opening statements of counsel, who each identified the value of the home as an area of disagreement.

Specifically, the judge made the following comments from the bench:

We don’t have an appraisal, so if you’re not able to come to terms on that [the value of the former marital home], my judgment will probably say something along the lines of … the parties would each engage a realtor who might engage a third party or they might agree to a master for facts final on the value of the real estate, something that would allow them to come up with a meaningful number’ without each party having to pay the full cost (which the judge estimated at $20,000) of his or her own appraisal.

However, at the conclusion of the trial, the judge took a very different approach from the plan she articulated earlier:

After trial, the judge found that the “only credible evidence” was that the home had been purchased for $755,000 in 2016, that the $965,000 estimate provided by the wife was not credible, and that the home was therefore worth $755,000. The judge determined the parties' equity in the home using this figure.

The wife was entitled to rely on the judge's statement of how she intended to proceed and therefore was entitled to forego any effort to introduce, through her own testimony or otherwise, additional evidence of the home's value at trial. If the judge had determined sometime during the trial that the single-appraisal procedure discussed earlier was no longer appropriate, the judge could have said so and afforded the parties some opportunity to adjust their approaches accordingly. Although we cannot say that the $755,000 value found by the judge is necessarily clearly erroneous, the procedure that led to the finding was prejudicially unfair to the wife. On this record, the finding cannot stand.

The Judge’s division of assets was vacated and remanded, with the Appeals Court calling upon the trial judge to a finding as to the fair market value of the home at the time of the judgment and after taking into account the source and amount of the down payment, to redetermine the parties’ respective shares of the equity in the home.

Erroneous Findings of Fact Can Happen After Trial

The B.R. v. M.R. decision illustrates a few important realities for divorce attorneys. First, the judge’s erroneous finding regarding the husband’s down payment, shows that judges do something mishear, misremember or simply mistake certain facts at trial. Judges hear hundreds of cases every year, and even the best judges have moments of confusion. Interestingly, footnote 4 of the Appeals Court decision indicates that “[t]he case was originally expected to be tried in one day, but ended up being tried on four nonconsecutive days over the course of six weeks.” It is easy to understand how an occasional mistake can be made when a trial takes place over four random days spread over six weeks.

Ordinarily, before filing an appeal, attorneys attempt to correct basic mistakes in a judge’s trial findings by filing a motion pursuant to Rule 59 or Rule 60, which are both designed to enable judges to correct errors or omissions after trial. However, if a party already intends to file an appeal on separate grounds from the mistake, attorneys sometimes choose to proceed directly to an appeal, since the appeal period is delayed while a Rule 59 or Rule 60 motion is pending.

The B.R. v. M.R. decision also illustrates the important shaping effects that a judge’s comments can have at trial. In Probate Court cases in particular, it is not uncommon for judges to offer preliminary opinions to parties and their attorneys about how the judge is likely to analyze or rule on certain issues. Judges often offer such comments at settlement conferences, pretrial conferences and status conferences - as well as during trial itself.

In general, preliminary comments from judges play an extremely important role in driving settlement and avoiding trial in domestic relations cases. By explaining how he or she might be inclined to rule on child custody, child support, alimony or the division of assets, a Probate Court judge can help parties and attorneys understand whether to settle their divorce or take their case to trial. However, B.R. v. M.R. also demonstrates how a party has the right to rely on a judge’s framing of a particular issue through his or her comments from the bench. Just as a judge’s comments can play a key role in driving settlement, such comments are equally important for attorneys planning their trial strategy when settlement is not achievable.

As the B.R. v. M.R. opinion makes clear, judges have wide latitude to determine issues such as the value of the marital home. However, even within that broad discretion, it remains important for judges to rule consistently by following the “rules of the road” they lay out for parties and attorneys prior to trial.