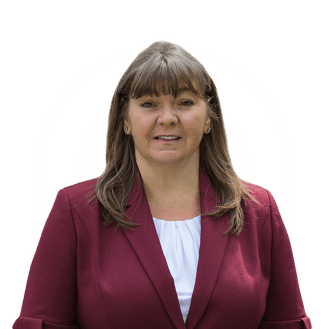 In this edition of the Divorce Series, I will be discussing Pretrial Conferences and Status Conferences, which are often the precursor to settlement or trial in a divorce case.

As a divorce attorney who frequently explains legal concepts to layperson clients, I have observed that certain events that occur during the divorce process seem to puzzle an inordinate number clients. For example, service of process through a constable or process server always seems to confuse clients. Another set of confusing events are Pretrial Conference and Status Conferences. What are they, what is their purpose, and what usually happens are these events?

Pretrial Conferences: What Are They?

At the end of the day, a divorce is a lawsuit. A lawsuit that involves your children, family secrets and personal financial details, but a lawsuit nonetheless. Pretty much all lawsuits in all courts feature an event like a Pretrial Conference. The Pretrial Conference is a hearing scheduled by the court midway through a divorce (i.e. between 4 and 12 months after a complaint for divorce is filed) at which time the presiding judge determines if the case is likely to settle or go to trial, along with the legal and procedural issues that may be preventing settlement.

The Pretrial Conference itself is rather unremarkable, a 20-minute hearing when lawyers (or self-represented parties) explain the status of the case to the judge, provide information to the judge, and schedule the next event on the court’s calendar. In cases involving lawyers, Pretrial Conferences are important events because they require attorneys to schedule 4-way settlement conferences, draft memos to the court outlining the contested and uncontested issues, and generally review the case with an eye towards both settlement and litigation. Unrepresented parties are bound by the same obligations, which are set forth in the judge’s “order before pretrial”, but pro se parties often fail to read the pretrial order, schedule settlement conferences or draft memos. Accordingly, if no attorney is involved, the Pretrial Conference is less likely to be a productive event.

What Issues are Discussed at the Pretrial Conference?

The substantive issues discussed at a pretrial conference generally focus on the custody, support and/or asset division-related issues over which the parties are at an impasse. A good divorce lawyer understands that a judge does not require that there be perfect agreement between the parties on every “uncontested” issue at the pretrial stage. Rather, it is the attorney’s job to prioritize the issues for the judge. For example, two parties may agree generally on a basic parenting plan, but still have not finalized holiday or vacation schedules. A lawyer would probably explain the status as follows: the parties appear to have basic agreement on the parenting plan, subject to working out some details, and it does not appear that custody and parenting time will prevent settlement at this time. In other words, disagreements over custody are not the issues that are preventing settlement in the case.

For contested issues that are preventing settlement at the time of the pretrial conference, the attorneys are expected to explain to the judge whether the issues are factual, legal or procedural. For example, perhaps additional records or depositions are needed to clarify a factual issue. Or perhaps there is disagreement over a legal issue, such as how the Massachusetts Child Support Guidelines apply to one party’s self-employment income or how a particular asset should be divided under Massachusetts law. After reading each attorney’s memo, and listening to each attorney’s oral representations during the hearing, the judge will offer the parties and counsel feedback to try to spur settlement. The process of a judge offering useful “feedback” at the pretrial conference often seems like more art than science. The judge must avoid “prejudging” the case based on the tiny snippets of evidence each attorney presents at the pretrial conference, but must nevertheless offer enough insight and opinion to spur settlement. Obviously, parties and counsel should always listen carefully to discern if the judge favors one party’s take on a factual or legal issue; even a small “nudge” from the judge towards one party’s position is often enough to resolve a dispute and facilitate settlement.

Status Conferences: What Happens Next?

The main advantage of status conferences is their flexibility. In Massachusetts, it is not uncommon for Probate and Family Court judges to experience delays in scheduling pretrial conferences of 6 to 9 months. The same judges can often schedule a status conference within 30 to 90 days. Some status conferences include multiple deadlines that parties and counsel must comply with; other status conferences have no agenda at all, representing little more than a chance for the judge, attorneys and parties to check in and reexamine the status of the case.