It has long been acknowledged that the division of marital assets in a Massachusetts divorce represents a “final” judgment that cannot be modified after judgment enters. However, there are numerous examples of appellate courts upholding the post-divorce division of an asset that a spouse discovers was undisclosed and/or left undivided at the time of the divorce. Indeed, Massachusetts law is rather unclear when it comes to dealing with the post-divorce division of assets that spouses failed to address in their divorce agreement.

The Massachusetts asset division statute, Ch. 208, s. 34, suggests that “undivided” assets can be addressed by a court at any time – even many years after a divorce, where it provides:

[I]n an action brought at any time after a divorce … the court of the commonwealth … may assign to either husband or wife all or any part of the estate of the other ….

The language above suggests dividing an asset discovered after a divorce should be straight-forward, right? Not so fast. The case law presents hurdles. In Carpenter v. Carpenter, 73 Mass. App. Ct. 732, 738 (2009), the Court indicated that it is not enough for a party to snow that the undivided asset was “was not mentioned in any order, judgment, or paper in the divorce proceeding”. Instead, the test is whether the asset was “was actually considered” by the parties – including during negotiations outside of court – at any point in the divorce process. Thus, the mere exclusion of an asset from a separation agreement or judgment is not enough. The test is whether the parties considered the asset any time prior to the divorce. If the parties were aware of the asset, but chose not to include in agreement for some reason, it generally cannot be divided later.

Rule 60(b): One Year to Address Mistake, Fraud and Duress 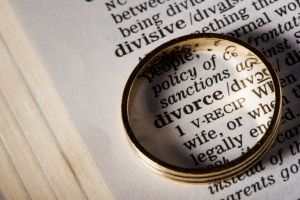 The post-divorce division of assets is also complicated Rule 60(b), which provides that a party only has one year following the entry of judgment to “re-open” a case due to the other party’s fraud or misrepresentation. Rule 60(b) also places a one year limit on re-opening cases due to “mistake”. However, a recent Rule 1:28 opinion of the Massachusetts Appeals Court suggests that Rule 60’s one year limit may not apply in cases of mistake.

Discovering assets is part of a divorce attorney’s job.

In the recently decided case of Spilhaus v. Spilhaus (2015), the Appeals Court provided a new approach to post-divorce division, where the Court upheld a lower court’s decision to divide a husband’s pension 12 years after a divorce on the grounds of “mutual mistake”. There was no evidence that the husband fraudulently concealed the pension during the mediation that led to the divorce. Rather, the evidence suggested that the wife knew about the pension, but did not consider it to be a divisible asset based on husband’s characterizations of the pension during mediation. The pension was not mentioned in the parties’ original divorce agreement, but the agreement clearly stated that it was meant to resolve all of the issues in the divorce, including the final division of assets.

The Appeals Court ruling in Spilhaus is somewhat cautious; it upholds the trial judge’s rationale, but remanded the case to the trial judge for additional findings regarding what the Wife’s share of the pension ought to be. That said, the decision is important, where most attorneys and judges probably interpreted Carpenter to prohibit the post-divorce division of any asset the spouses knew about and discussed at the time of the divorce. Spilhaus significantly broadens the class of assets that can be divided after a divorce by suggesting that even if the parties knew about and discussed an asset during the mediation process, the asset could still be divided many years after the divorce if (a.) the asset was not specifically identified in the divorce agreement and (b.) there is evidence that the parties failed to divide the property due to a mistaken understanding of the asset’s value.