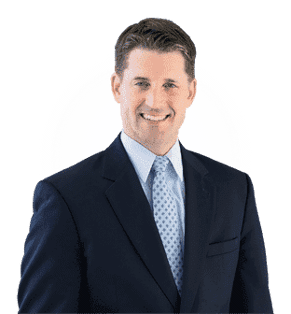 Jason V. Owens reviews a recent Appeals Court decision that confirms that lifetime alimony is alive and well in Massachusetts for spouses divorced before 2012.

In a recent decision, the Massachusetts Appeals Court held that a husband who was divorced in 2008 could be ordered to pay “lifetime alimony” to his former wife after his child support obligation ended. In the case, Flor v. Flor (2017), the Appeals Court not only allowed alimony payments to begin eight years after the divorce, but held that the husband’s alimony obligation would be “indefinite” – i.e. so-called lifetime alimony. The entry of a lifetime alimony order against the husband in Flor stands in stark contrast with the terms of the Massachusetts Alimony Reform Act, which restricts the length of alimony in new divorces to the federal retirement age of the alimony payor.

Why the Flor Decision Matters: When Child Support Ends, Lifetime Alimony Starts for Some Former Spouses

The Flor decision is not complicated. The case stands for two basic propositions:

We will explore Point #1 (alimony starting after child support ends) in a separate blog. The focus of this blog is how Flor provides for the entry of a lifetime alimony award that can start many years after the parties were divorced.

Lifetime Alimony: Alive and Well in Massachusetts for Pre-2012 Divorcees

The Alimony Reform Act (ARA) provides that the presumptive termination date (i.e. alimony will end) when an alimony payor reaches federal retirement age, which is currently 66 years old. However, as I discuss in more detail below, the rule is different for alimony-paying individuals who were (a.) divorced before Mach 1, 2012 and (b.) were married more than 20 years. For these pre-2012 cases, the old “lifetime alimony” rule remains in effect.

(To be clear, the old “lifetime alimony” rule did not mandate the absolute payment of alimony until the payor’s death. However, without any clear trigger to end alimony, the net result under the rule is that many alimony payors continue paying alimony until death. The new rule under the ARA also is not absolute. A former spouse can ask a court to extend alimony beyond the alimony payor’s retirement age in narrow circumstances.)

From 2011 to early 2015, lifetime alimony appeared destined for the dust bin of history in Massachusetts. The ARA passed in 2011, taking effect on March 1, 2012. The ARA limited alimony in a variety of ways, but in the context of this blog, the most important feature of the ARA was that it included a presumptive termination date for all Massachusetts alimony orders to end when the alimony-paying party reached federal retirement age. The ARA included exceptions to the retirement cut-off rule, but the burden fell on the receiving party to prove that alimony should continue past the paying party’s retirement date.

Upon becoming effective, judges across Massachusetts applied the ARA’s retirement provision with near uniformity. When alimony payors became eligible for Medicare, their alimony obligations ended. This was true in nearly all cases, regardless of when the parities were divorced.

The Chin Legacy: How the SJC Resurrected Lifetime Alimony

On January 30, 2015, the Massachusetts Supreme Judicial Court (“SJC”) revived lifetime alimony in Massachusetts. Despite nearly all Massachusetts Probate and Family Court judges interpreting the ARA to require the termination of alimony when the payor reached retirement, the SJC entered a series of three controversial decisions that eviscerated a core part of the ARA. The three decisions – Chin v. Merriot; Doktor v. Doktor; and Rodman v. Rodman – were all decided on January 30, 2015.

The Chin, Doktor and Rodman decisions – all written by the now-retired Justice Fernande R.V. Duffly – make for dense, difficult reading. The impact of the decisions was monumental, however. The decisions held that the provisions of the ARA calling for the elimination of alimony when the payor reaches retirement age (or if the recipient begins cohabitating with a new partner) would no longer apply to any long-term marriage that ended in divorce before March 1, 2012 (i.e. the ARA’s effective date).

What Types of Cases Are Affected by the Flor Decision

The Flor decision is narrow enough that it will not affect many pre-2012 cases. However, the criteria are not particularly rare either. Flor is likely to impact cases with the following attributes:

A Changed Landscape: How the ARA Has Changed Alimony Law in Massachusetts since 2011

To close this blog, I want to note one underrated aspect of Flor and decisions like it, which is this: when the ARA passed in 2011, the law changed the meaning of existing divorce agreements. Here is what I mean. In 2008, the husband in Flor negotiated and entered a final separation agreement that left open the possibility that the wife could seek future alimony. Back in 2008, leaving the possibility of future alimony open was a relatively low risk gamble. Under the Massachusetts alimony framework in place back in 2008, the wife would have had a difficult (although not impossible) time filing a Complaint for Modification seeking alimony nearly a decade after divorce, following the children’s emancipation.

The ARA changed the meaning of future alimony waivers in a way that neither the husband nor his attorney could have foreseen back in 2008. Today, the ARA specifically dictates the duration of alimony based on factors such as the length of the marriage. For example, if two parties are married for 19 years, the ARA now provides that alimony will have a duration of 15.4 years. Accordingly, if a former spouse receives 7 years’ of child support after a 19-year marriage, he or she has a strong argument for asking the Court to enter an alimony order for the remainder of the 15.4 years of alimony that he or she was eligible for under the ARA.

Despite placing limits on alimony in general, the ARA actually makes it easier for many former spouses to return to Court seeking alimony through a Complaint for Modification, long after a divorce. For individuals who were married for more than 20 years, and were divorced before 2012, the Flor decision amplifies the reality by not only imposing a new alimony order long after the divorce was complete, but imposing a lifetime alimony order.