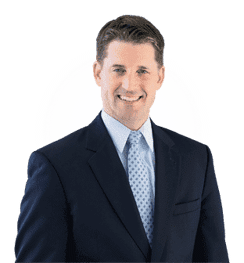 Earlier this month, we wrote about multiple errors affecting the Massachusetts Child Support Guidelines, reporting that fixes were on the way from the state’s Child Support Task Force. The errors, which were largely uncovered by the Massachusetts family law blogosphere, recently caught the attention of Massachusetts Lawyers Weekly, which confirmed much of what was reported by legal bloggers in late-September and early-October, 2017.

In the piece, Lawyers Weekly reporter Kris Oslen reviewed the three major errors in the Child Support Guidelines identified by our blog, Attorney Gabriel Cheong and UMass professor Benjamin Bailey. Olson further advanced the story by speaking with Denise Fitzgerald, of the state’s Trial Court department, and economists Mark Sarro and R. Mark Rogers, who consulted with the Child Support Task Force in the development of the 2017 Guidelines.

The take away from Olson’s interviews with was that the Trial Court is working on fixes for two of the three issues raised by bloggers, while maintaining that the problems under review were “not errors per se”:

While stressing that two of the issues that were flagged are “not errors per se,” an economist who worked with the Child Support Guidelines Task Force is currently reviewing glitches that set the family bar blogosphere aflame in recent weeks, confirmed the task force’s project manager.

The Lawyers Weekly piece offers no timeline for the fixes, with Fitzgerald only telling Olson that the Trial Court is conducting a review of the 2017 Guidelines and will announce changes once the review is complete.

Mass Lawyers Weekly is unquestionably the granddaddy of legal publications in Massachusetts. Making the cover of the weekly newspaper is considered an honor among Baystate attorneys, and the recent story is not the first time the Lynch & Owens Blog has been found its way into the publication. That said, Olson and Mass Lawyers Weekly deserve real credit for how this story was sourced. Each Massachusetts family law blog was fully credited and extensively quoted, and the electronic version of the Lawyers Weekly article included hyperlinks to the relevant blogs.

As a traditional news outlet with high name recognition and prestige – as well as professional journalists like Olson on staff – Lawyers Weekly is well positioned to advance a story like this by seeking comment from official sources like Fitzgerald, Sarro and Rogers. The story reflects a good synergy between traditional journalism and the legal blogosphere.

About Transparency and the Child Support Guidelines Task Force…

In addition to reviewing the specific errors in the 2017 Guidelines, Olson included some of my criticisms regarding the lack of transparency surrounding the Guidelines. In an email to Olson, Fitzgerald rejected this criticism, telling Lawyers Weekly that the Task Force “worked diligently to make important changes to the guidelines — in response to public comments that the group received during five public forums and during a public comment period in 2016 — and strove to have guidelines that are fairly balanced.”

To be clear, our blog reported on the 2016 public forums while they occurred, and acknowledged the value of the forums in recent blogs. However, the simple reality is this: seeking public comment on the child support Guidelines before the Task Force begins the drafting process is quite different from allowing public comment after a draft version of the new Guidelines has been circulated.

The Trial Court maintains an entire web page dedicated to inviting public comment on draft changes to court rules and standing orders affecting Massachusetts law. This smart approach allows attorneys to review proposed rule changes before the new rules take effect. By subjecting proposed rule changes to review and comment by Massachusetts lawyers, the Trial Court self-polices itself against errors. We believe the Trial Court should use the same process with the Child Support Guidelines and (more importantly) the state’s official Child Support Guidelines Worksheet.

Our criticisms of the lack of transparency surrounding the Child Support Guidelines is not about politics or conspiracy theories. We simply believe that the Guidelines would benefit from the input of the same Massachusetts family law attorneys who perform child support calculations on the ground every day. The reality is that all three errors covered in the Mass Lawyers Weekly story were discovered less than ten days after the Trial Court published its official Child Support Guidelines Worksheet online. Had a draft version of the worksheet been published in advance, the errors could have been identified and addressed before the 2017 Guidelines became law.