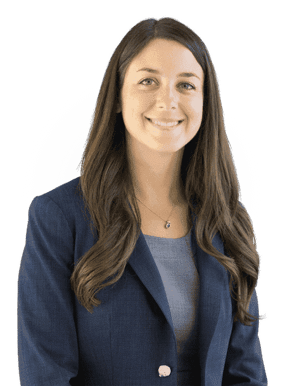 Divorce lawyer Nicole K. Levy reviews a recent Appeals Court decision suggesting that the end of child support can be grounds for an increase in alimony.

In his recently updated 2015 blog, Attorney Owens asked: “Should Alimony Start After Child Support Ends?.” A recent unpublished Appeals Court decision, Pickering v. Mendes (2017), explores a similar question: does the end of child support justify an increase in alimony? The Pickering decision suggests that the termination of child support can be grounds to support an upward modification in alimony.

Prior to the Alimony Reform Act (ARA) of 2011, the standard for modifying alimony was the same as the standard for modifying child support; namely, the moving party needed to demonstrate a material change in circumstances that warranted a change in alimony. With the ARA effective date of March 1, 2012, agreements made prior to this date in a bit of a gray area when it comes to modifying alimony. In Pickering, the Court examined a situation in which a party sought to modify an alimony agreement that was entered as a judgment prior to the ARA based on the termination of the former Husband’s child support obligation.

As a brief factual history, in this case, the parties were divorced on October 28, 2010. Their divorce agreement provided that Husband would pay child support $300.00 per week and alimony of $200.00 per week to the Wife. Of note, both of these issues merged with the judgment, and did not survive. In 2011, the Wife filed a Complaint for Modification, seeking to increase the alimony payments after child support terminated. Following a trial, the Husband’s alimony obligation was increased to $719.00 per week. The trial was heard by Hon. Katherine A. Field of the Bristol Probate and Family Court. In reaching this decision, the judge took into consideration the Wife’s deteriorating health, expenses, and income as well as the Husband’s income and expenses, including the fact that he only worked nine months out of the year.

Following the entry of Judgment of Modification, the Husband filed an appeal through his attorney. The Wife represented herself before the Appeals Court.

Termination of Child Support may be a Material Change in Circumstances

This portion of the opinion illustrates that a change in circumstances does not need to be a surprise or unanticipated at the time of the judgment in order to warrant a change in support. After all, if the Husband had wanted to avoid any chance of paying future alimony, he could have bargained for a surviving waiver of alimony at the time of the divorce.

Court Considers All Changes in Circumstances

[T]he loss of child support was not the only factor considered by the judge. The judge also considered the wife’s deteriorating health, her additional expenses, her inability to work, her housing instability, the impossibility of living on $200 a week, the husband’s increased income and decreased expenses, and the change in the wife’s life-style from the one the parties maintained during the marriage.

This case serves as an example of what can occur years after a divorce. Children becoming emancipating or the enactment of the Alimony Reform Act does not bar litigants from returning to the court to revisit support issues. Where the courts continue to debate which areas of the Alimony Reform Act will apply prospectively, and which will apply retrospectively, I anticipate that the issue of when alimony should begin (or end) will continue to be a pressing concern.

Alimony Modified Despite Increase in Husband’s Earnings After Divorce

To the extent that alimony represents economic maintenance based on the lifestyle enjoyed by the parties during their marriage, courts are often skeptical about modifying alimony upwards based on a jump in one spouse’s post-divorce earnings. In Pickering, there is no evidence that the parties enjoyed six-figure earnings by the Husband during the marriage. The Appeals Court decision focused significantly on the Wife’s post-divorce health problems in its opinion, and it is quite likely that the deterioration in the Wife’s health was a driving factor in the alimony increase following the termination of child support.