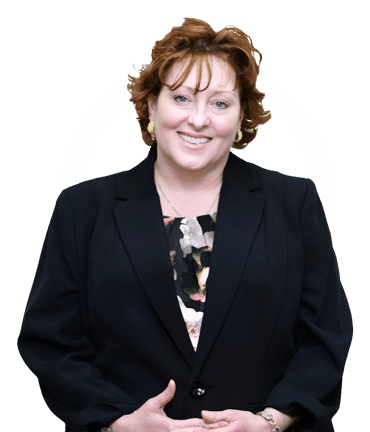 Case also provides important clarity on when the durational clock starts for alimony on a Complaint for Modification.

Can the emancipation of a child and the resulting termination of child support trigger a material change in circumstances sufficient to justify an alimony award? A recently published decision from the Massachusetts Appeals Court suggests that it can.

In Flor v. Flor, the Appeals Court held that because the parties had expressly reserved the right to revisit future alimony in their separation agreement at the time of divorce, the former wife could seek alimony after child support ended following the emancipation of the parties’ children. The Court found that the decrease in the former wife’s income that resulted from the loss of child support constituted a “material change in circumstances” that warranted a modification in the judgement of divorce.

The decision was consistent with an unpublished Appeals Court that we blogged about last year. In her blog on that case, Attorney Levy wrote:

This case serves as an example of what can occur years after a divorce. Children becoming emancipating or the enactment of the Alimony Reform Act does not bar litigants from returning to the court to revisit support issues. Where the courts continue to debate which areas of the Alimony Reform Act will apply prospectively, and which will apply retrospectively, I anticipate that the issue of when alimony should begin (or end) will continue to be a pressing concern.

The Probate and Family Court issued a Judgment of Divorce Nisi in 2008, incorporating a separation agreement of the parties. The agreement provided that the husband would pay child support to the wife until their daughter was emancipated, which would occur at the latest when she turned 23. The agreement further provided that the wife waived any claims to past and present alimony, but did not waive “her rights to future alimony and/or support.”

In 2015, as their daughter’s 23rd birthday was approaching, the wife filed a complaint for modification of the divorce judgment. The husband moved for summary judgment, which the court denied because there was a genuine issue of material fact as to whether a material change in circumstances had occurred (the standard for granting a modification of a divorce judgment). The case ultimately proceeded to trial in the Berkshire Probate and Family Court, where it was heard by Hon. Richard A. Simons, who entered his decision in the spring of 2015.

The wife was 56 and the husband was 59 at the time of trial. The judge found that after the divorce, the wife made a conscious choice not to work outside the home; made “minimal efforts” to find employment, that she was “ambivalent” about finding a job, and that her lack of motivation was the only thing keeping her from working “in some capacity.” As a result, the trial judge attributed income to the wife based on a full-time minimum wage job. Even still, he found that she would be unable to meet her then-current needs without alimony from the husband, who had the ability to pay.

The judge ruled that the child’s imminent emancipation and simultaneous termination of child support from the husband “constituted a material change in circumstances that authorized him to consider whether an order for general term alimony was appropriate.” The judge concluded that an alimony award was appropriate, based largely on his findings “that the husband’s expenses had decreased, the wife’s expenses had increased, and the husband’s total financial circumstances were far superior to the wife’s.” The court ordered the husband to pay $145 per week in general term alimony to the wife for an indefinite period of time.

On appeal, the husband argued:

[T]he emancipation of the couple’s only child could not serve as the basis for a determination that there had been a material change in circumstances because that event was anticipated by the parties when they entered their separation agreement. In particular, the husband maintain[ed] that Downey v. Downey, 55 Mass. App. Ct. 812 (2002), holds that a party in the position of the wife has the right to raise the issue of alimony at the time of a child’s emancipation only when that party explicitly reserved such a right in the separation agreement.

The court in Flor rejected that argument, pointing out:

[I]n Downey, we recognized that a general reservation of the right to revisit alimony, as in this case, ‘constitutes a tacit acknowledgement that the real financial circumstances of the wife could well change upon the child’s emancipation.’ This view is in keeping with the general rule that ‘[c]hanged circumstances are those that occur subsequent to the judgment of divorce or subsequent to a prior modification.’ (Internal citations omitted.)

Thus, the Court found that it was enough that the wife did not waive future alimony in the separation agreement. In other words, it wasn’t necessary for the agreement to explicitly state that the wife could receive alimony after child support ended. By simply leaving the option of future alimony open in the separation agreement, the wife did enough to reserve the right to seek alimony after child support ended.

Change in Circumstances Should Include Reference to Parties’ Income and Expenses

Contrary to the husband’s claim, this is not a case in which the judge made an order for alimony based simply on the fact that there was a cessation of child support. Here, the judge’s subsidiary findings that led to his conclusion that a material change in circumstances had occurred do not even mention the cessation of child support. Instead, they describe the changes in income, expenses, assets, and liabilities of each of the parties. The decision is not based solely on the emancipation of the child, but also on the factors that are appropriate to consider in making an award of general term alimony.

The holding suggests that if a party has reserved the right to seek alimony in the future, then the loss of child support that arises out of the emancipation of the children is valid grounds for seeking an alimony award on modification. However, the decision includes cautionary language suggesting that the party seeking alimony should argue the change in circumstances broadly rather than pointing to emancipation alone. In other words, the loss of child support should be placed in in the context of the parties’ changed income and expenses at the time of the modification.

Flor: When Parties Seek Initial Alimony Through a Complaint for Modification, When Does the Durational Clock Start Clicking Under the Alimony Reform Act?

The Flor decision also includes an important section dealing with the duration of alimony under the Massachusetts Alimony Reform Act (ARA). In my blog,Appeals Court Increases Confusion Over Alimony Duration with Ruling that Burdens MA Probate & Family Court Judges, I noted how the Snow decision created ambiguity over exactly when the durational clock starts ticking following a divorce judgment. The Snow decision suggestion that the durational limits on alimony – which limit how long alimony orders may last in marriages of less than twenty years – do not start running until the Court makes an initial alimony order pursuant to the judgment. Footnote 5 of Snow suggested that so long as a court considered the issue of alimony, the durational clock would start ticking even if the Court elected not to order alimony at the time of the judgment:

Our conclusion would be different if the New York judge had considered each of the statutory factors and determined based on the circumstances that no maintenance award was appropriate. In such a case, the spouse who sought alimony would have had a full and fair adjudication on the merits of the claim for alimony, and factual findings would have been made that a subsequent judge could consider in deciding whether there has been a material change in circumstances justifying modification of that alimony judgment.

What Snow failed to clarify is when the durational clock starts ticking in cases in which the parties addressed alimony in a separation agreement. Specifically, if the parties agree to waive current alimony – but left open the possibility of future alimony through a complaint for modification – the Snow decision made it unclear when the alimony duration clock should start.

The Flor decision clarifies this issue quite neatly. The Court held that a separation agreement that features a waiver of past and present alimony, while leaving open the option of future alimony, does trigger the durational clock at the time of the divorce judgment:

In cases where alimony was not contemplated in the judgment of divorce, an award of alimony thereafter is treated as an initial award of alimony commencing on that date, not an award that relates back in time to the date of the divorce. See Snow v. Snow, 476 Mass. 425, 428-429 (2017) (treating complaints for modification in such cases as initial complaints for alimony). However, the controlling precedent here derives instead from Buckley v. Buckley, 42 Mass.App.Ct. 716 (1997). In Buckley, as in this case, and unlike in Snow, the parties entered into a separation agreement, which was incorporated and merged into the judgment of divorce. In addition, in Buckley, as in this case, the parties' agreement included a waiver by the wife of any claims to present and past alimony, but a reservation of the right to make a claim for alimony in the future. Id.at 720. We reasoned there that in such circumstances, the parties had "expressly addressed the issue of alimony" in their separation agreement (emphasis omitted). Id. at 722. Thus, we concluded that it was proper to treat the complaint as one for modification, rather than as an initial complaint for alimony. Ibid. The same reasoning obtains here. Reserving a right to seek future alimony implies that alimony will "only be sought if the parties' circumstances were significantly different from those extant at the time of the divorce." Id. at 720. It follows, then, that the alimony award here is a modification of the November, 2008, divorce judgment pursuant to G. L. c. 208, § 17, and, thus, § 49(f) of the alimony reform act does not apply. (Emphasis added.)

In short, Flor seems to confirm that if a Separation Agreement simply addresses alimony, then the durational clock will start running on alimony from the entry of the judgment of divorce, even if the Agreement did not provide for any current alimony at the time of the judgment. If a party later seeks an order for alimony through a complaint for modification, that party must do so within the durational limits under Ch. 208, s. 49, or persuade a judge to deviate from the limits under the statute.

We have blogged in the past about the end of child support being grounds for triggering alimony. Also, a recent SJC case suggesting that the “need” of a party seeking alimony on modification should be limited to lifestyle actually enjoyed during the marriage now seems even more relevant for cases when the Court is entering the first alimony order many years after the divorce. Check out Attorney Owens’ blog on how the Flor decision resulted in a “lifetime alimony” order for the former husband more than six years after the divorce was finalized.