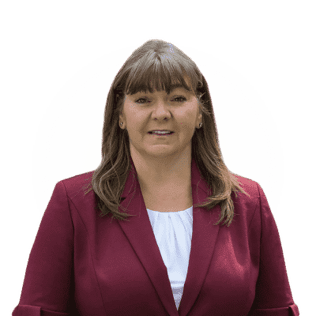 While Massachusetts law provides a formula for determining the duration of alimony payments, judges have the discretion to deviate from those guidelines based upon written findings of fact. Deviation from the ordinary rule for the duration of alimony are fairly rare, however. A judge must enter specific written findings to support a deviation from the Massachusetts Alimony Reform Act (ARA) beyond the durational limits of the statute.

A recent unpublished decision from the Massachusetts Appeals Court highlights the necessity for judges to support a decision to deviate from the guidelines with specific factual findings that are more than minimal.

How Do Courts Determine the Duration of Alimony Payments?

When a couple decides to divorce in Massachusetts, one of the issues that must be determined is whether one spouse will make regular payments to the lesser earning spouse for support, so that the lower-earning spouse can continue to enjoy the lifestyle enjoyed by the parties during the marriage, and/or in some cases, to assist the lesser-earning spouse to reenter the workforce and become self-sufficient.

Courts call these payments alimony and there are two pieces to the puzzle: The amount of weekly or monthly alimony paid and the length of time the payments will continue for.

Both of these pieces fall under of the Alimony Reform Act. To calculate the duration of alimony, a court looks to how long the marriage lasted—as measured from the time of the marriage ceremony to the service of the divorce papers—and uses the following formula under G. L. c. 208, § 49:

However, the ARA allows a judge deviate from these guidelines with a “written finding” that the deviation is “required in the interests of justice.”

When it comes to requests to modify an alimony order, this standard is closely related to the standard usually required for modifications—that the moving party can demonstrate a “material change of circumstances” that requires the alteration.

Although the ARA only became law, legal issues and appeals surrounding the duration of alimony under the statute have been plentiful. These controversies have ranged from disagreements over when the marriage ended, to extensions of alimony duration based on premarital cohabitation, to whether the “durational clock” for alimony starts after the entry of a divorce or after the first alimony payment, to whether alimony should start after child support ends. In this blog, we will discuss a recent case dealing with another question: When courts deviate from the ordinary time limit for alimony in Massachusetts.

In a recent unpublished opinion, Hanley v. Hanley (2018), the Massachusetts Appeals Court discussed the sufficiency of written findings in a case in which the judge entered a Judgment of Modification that extended alimony payments beyond the statutory duration. The Appeals Court held that the lower court judge failed to provide sufficiently detailed findings of fact to support the extension of alimony beyond the statutory deadline.

The Hanley case involved a post-divorce modification filed by the wife in Worcester Probate and Family Court seeking the extension of alimony beyond the durational limits provided under the Alimony Reform Act. After the trial, the judge ordered the former husband to pay alimony of $200 per week to the former wife. According to the Appeals Court:

The husband appealed the Judgment of Modification, arguing that the judge erred in issuing an alimony order that exceeded the “presumptive durational limits without the support of sufficient findings, in determining that the husband had the ability to pay alimony, and in not attributing additional income to the wife.”

The Appeals Court found that the judge failed to provide specific findings of fact supporting her decision to continue alimony payments beyond the statutory limit. Specifically, the Appeals Court held that the judge’s limited written findings – which offered that “there is justification” for ordering alimony past the durational guidelines – lacked sufficient detail to justify a deviation under the ARA. The Court held that a judge can only extend alimony duration beyond the ARA limit “if written findings based on the evidence establish that deviation is required in the interests of justice,” and only then after considering “all relevant, statutorily specified factors, such as those set forth in G. L. c. 208, §§ 49 (d) and 53 (a).” (These factors focus on the status of the parties at the time of the modification request, not the situation as it existed at the time of the divorce.)

In its decision, the Court noted that the burden to demonstrate the modification was in the “interests of justice” is up to the spouse who stands to receive the alimony payments. This spouse “bears the burden of proving by a preponderance of the evidence that the deviation is required” in the interests of justice.

In Hanley, the appellate court found that the trial judge did not mention the factors laid out by statute. However, a close read of the decision suggests that the Appeals Court was primarily concerned with details in two areas: The Husband’s current earnings and ability to pay alimony and the Wife’s mental health or other conditions that made additional alimony necessary.

For example, the judge did not make any finding regarding the expense the husband incurred relative to his making college tuition payments for his unemancipated child and how that affected his ability to pay alimony. Along this same line, and given our decision to remand this case, the judge should address the husband's claim that the judge abused her discretion in vacating the provision of the parties' separation agreement pertaining to sharing college expenses.

As noted in other blogs, a primary ground for deviations under the ARA involve cases where a former spouse is disabled and unable to support him or herself. In Hanley, the Probate and Family Court alluded to the wife’s mental health, but provided only limited details:

The judge found that the wife's mental health condition had improved since the time of the divorce but that she "remains with limitations" and that she has diagnoses including Attention Deficit Hyperactivity Disorder. The judge did not explain why the wife's mental health condition caused the judge to conclude that a part-time minimum wage job was the only job "realistically available to her." The judge also attributed income of $200 per week to the wife, but made no findings on whether the imputed income was from a potential minimum wage job or whether the judge had included possible income generated from piano teaching.

In summary, the Appeals Court held that the lower court judge needed to consider the factors under G. L. c. 208, § 53 (e), with a particular focus on the Husband’s current ability to pay and the specific challenges preventing Wife from supporting herself.

It is important to note that the Appeals Court did not reject the wife’s claim completely. Instead, the Court remanded the case back to the Probate Court for further trial, with a goal of determining “whether a continuation of the alimony is in the interests of justice after considering the factors in G. L. c. 208, § 53 (e), and if so, to determine the amount of alimony, evaluating the husband's ability to pay alimony and the wife's need for support and her ability to self-support.”

Using the Appeals Court’s feedback, it is altogether possible that the Probate and Family Court may still allow the Wife’s request for additional alimony, this time with detailed findings of fact showing that the judge considered the Husband’s financial position and the Wife’s special needs under the statute.