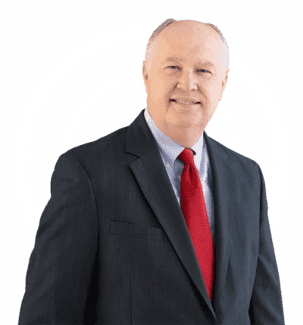 Attorney James M. Lynch explores whether the harm suffered by “Pat Patriot” was a workplace injury or an intentional battery under MA law.

In a video that went viral during Pro Bowl week, Adams, took a run at the Patriot mascot and body-slammed him to the ground. The Jets safety, who had just finished signing autographs before administering the hit, later treated the incident as though it was all in good fun. After standing over the mascot for a moment, the player joined several of his fellow AFC teammates who gave him “high-fives” for the hit. Later, Adams boasted on Twitter, “This one is for every Patriots hater out there! I got y’all!” But when it was later reported that the mascot was surprised by the hit and suffered back, neck and jaw injuries, it didn’t seem so funny to Adams who issued statements backtracking from his initial dismissive tone.

What Happened to Pat Patriot at the Pro Bowl?

The details of the injuries suffered by the mascot were conflicting initially after the incident but eventually the mascot indicated he was okay and, hopefully, that proves to be the case and the incident will be forgotten. (We know nothing about Pat’s identity or gender. We will assume, only for argument’s sake, that Pat is a male mascot). But the question lingers, what if this incident proves to have serious long-term physical consequences for Pat? What are his options?

For purposes of this discussion, it is presumed that Pat is an employee of the New England Patriots. Within the parameters of his job duties, he makes appearances at all sorts of public events outside of the confines of the Gillette stadium complex – for example, charity events. It is noteworthy in the video that there were other mascots from other NFL teams at the Pro Bowl event, so it would be hard to refute the fact that this was a promotional event and that Pat was there in the course of his job duties and, thus, any injuries suffered by the employee at that event are to be treated as an industrial accident governed by Massachusetts workers compensation law – the state where the employment relationship was formed.

Could Pat Patriot Have a Workman’s Comp Claim?

Coverage under the Massachusetts Workers' Compensation Act is mandatory for all employees in the private sector with the exception of seasonal, casual or part-time domestic servants, professional athletes (in some circumstances), real estate salespeople, door-to-door salespeople and some taxi drivers. In exchange for that coverage paid for by the employer, the employee surrenders his/her common law right to sue the employer for the employer’s negligence if the employee does not notify the employer that he/she is retaining that right at the time of hire. If that election is not timely made, it is forever waived. Since no one tells their new employer that they want to retain such a right, the only instance where that right is retained after hiring is if the employer doesn’t have worker’s compensation insurance – an omission that violates Massachusetts law. So, absent either of those two circumstances, Pat cannot sue his employer, the New England Patriots. His only remedy vis a vis the Patriots is to file a worker’s compensation claim. Indeed, his private health insurance company will likely disclaim coverage for his resulting medical bills and insist that he submit the bills to his employer’s workers compensation carrier.

Does this mean that Pat is left without means of seeking redress for his pain and suffering and out-of-pocket losses not covered by workers compensation coverage? No. Absent some special provision that we don’t know about in his employment contract with the Patriots governing the conditions of such a claim, it is likely that he can make a third-party claim in court directly against Jamal Adams. Third-party claims in workers compensation cases are common in Massachusetts. The most obvious example is when someone is driving in the course of their employment and is struck by another motorist. In that case, the employee’s medical bills and wages are covered by the workers compensation insurance carrier but he/she is free to sue the other driver to recover for pain and suffering and out-of-pocket losses not covered by the comp carrier. In fact, a lot of employees injured on the job by third-parties are completely unaware that they are free to make claims against that person’s auto insurance carrier and those claims often expire.

What most people don’t know is that the worker’s compensation insurer has subrogation rights to recover monies it expended in the worker’s compensation claim from any recovery made against the third-party tortfeasor. Thus, those damages become part of the employee’s third-party claim by operation of law and are repaid to the insurer from the employee’s judgment or settlement recovery. What is even less known in Massachusetts is that, if the employee does not exercise his right to proceed to enforce the liability of the third-party tortfeasor within seven months following the date of injury, the insurer may do so in the employee’s name. So, an injured employee is well-advised to take control of any resulting third-party claim early on in the process.

Damages for Intentional Battery: Does Patriot Have a Claim?

In Pat’s case, the video seems to show a clearly deliberate battery – a civil cause of action (if not criminal) – that caught him by complete surprise. It did not appear to be staged with Pat’s knowledge beforehand. Sometimes mascots, cheerleaders, camera operators and other on-field personnel, find themselves in harm’s way during games by the very nature of their jobs. This wasn’t the case, however. The Pro Bowl has become a light-hearted affair where physical contact these days is minimized to protect the players. The event in question occurred during the days leading up to the game in what ostensibly was a skills-competition. The incident involving Pat Patriot occurred close to the grandstands where Adams was signing autographs for spectators next to the fence. Both were well away from the field activities. Adams announced beforehand what he intended to do, without knowing the age or the physical condition of the individual inside the mascot costume or whether that person was male or female. But by foolishly boasting about it on the internet afterwards, he essentially hung out a “Kick Me” sign for Pat Patriot. Whether Pat elects to pursue his cause of action is up to him.