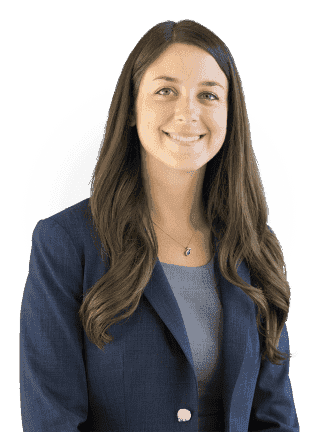 (b) Except upon a written finding by the court that deviation beyond the time limits of this section are required in the interests of justice, if the length of the marriage is 20 years or less, general term alimony shall terminate no later than a date certain under the following durational limits:

(c) The court may order alimony for an indefinite length of time for marriages for which the length of the marriage was longer than 20 years.

However, the durational limits above are not applicable in every case. The ARA specifically outlines exceptions to its duration and termination limits, which may allow a recipient spouse to continue to collect alimony in exceptional circumstances. The recipient spouse bears the burden of demonstrating why an extension is justified based on the conditions that exist at the time the extension is sought.

In a recent unpublished opinion of the Massachusetts Appeals Court, Tarkoy v. Tarkoy (2018), the husband appealed a judgment of a modification that extended his alimony obligation beyond the durational limits set forth in the ARA, including the wife’s health and economic situation, as well as the husband’s alleged concealment of certain financial assets. The original trial took place in Middlesex Probate and Family Court, where it was heard by Hon. William F. McSweeny, III.

According to the Appeals Court’s summary, the parties were married on July 11, 1993 and the judgment of divorce nisi entered on December 10, 2002. At the time of the divorce, the Husband was ordered to pay the Wife $2,500 per month in alimony. This obligation was terminated by a Judgment of Modification in 2008, but later reinstated at a lesser amount, $1,000 per month in a subsequent modification. In 2014, the Husband filed the Complaint for Modification that would eventually result in the appeal, seeking termination of his alimony obligation in accordance with the durational limits of the Alimony Reform Act. At that point, approximately twelve years had elapsed from the date of the parties’ divorce following a marriage of roughly seven years under the ARA, which measures the length of the marriage from the date two parties are married to the date of the initial service of a Complaint for Divorce.

Under the ARA’s durational limits, a marriage of this length typically results in alimony payments of less than six years. Where the parties were divorced in 2008, Husband argued that he should not have been required to pay alimony past 2015. After trial, a new judgment of modification entered in 2017 that deviated from the ARA and continued the $1,000 per month in alimony.

When do Massachusetts Courts Deviate from the Time Limits Under the ARA?

In this case, the parties had been married for more than five years, but less than ten years, leading to a durational calculation of no more than 60% of the number of months of the marriage (i.e. 5 or 6 years of alimony payments). On appeal, the Husband relied on the fact that he had paid alimony well beyond the durational limits and that his alimony obligation should be terminated under the plain terms of the ARA’s durational limits.

The Appeals Court reviewed the case, and ultimately determined that the deviation from the ARA’s durational limit was appropriate. The Appeals Court found that the trial judge considered most of the relevant statutory factors, as set forth in G. L. c. 208, § 53(e)(1)-(9), including the parties’ respective ages and the Wife’s present inability to herself. Specifically, the Court found:

The judge took into account the husband's age and the wife's health, fully crediting the wife's testimony regarding the physical symptoms she currently experiences that have led to her present inability to work.

The Appeals Court additionally referred to the Husband's alleged sources of unearned income from several bank accounts that he held in another’s name and the Husband’s alleged use of funds from a trust established by his father. In addition, the Appeals Court also noted:

The [trial] judge was entitled to credit the testimony of the husband's former paramour that she, along with the husband, had engaged in a scheme at his behest to hide thousands of dollars of his money in accounts in her name, in an attempt to keep them from the reach of the court and the wife.

The Appeals Court observed that while the trial judge did not address each and every single factor, they did not see any evidence that the case would have had a different result had findings been entered on less relevant factors. As such, the Wife would receive alimony for a continued but fixed period of time that would allow for her to plan for termination of spousal support.

Although the Tarkoy Court made reference to the husband’s finances, the key to the case appeared to be the wife’s poor health and inability to work. As we outlined in our blog, “When Can a Judge Extend Alimony Beyond Federal Retirement Age Under the Alimony Reform Act?”, some of the most common deviations under the ARA involve cases where the alimony recipient is sick and/or unable to work, while the payor maintains access to significant income or wealth. However, Tarkoy is one of the few Massachusetts appellate decisions, published or unpublished, showing a deviation under the ARA based on the recipient’s health and/or inability to support herself in action.

We reviewed a similar case in our blog, “Appeals Court: Alimony Appropriate Following Six-Year Marriage When Spouse is Disabled”. In Morse v. Morse (2017), the trial court judge did not deviate from the ARA, but instead, “indicated that he would look “favorably” upon a complaint for modification filed by the wife after the 3.5 years of alimony payments had been made.” The Appeals Court in Morse did not criticize the trial judge’s approach, holding:

Though the judge stated in his rationale that he would look "favorably" upon the wife's future modification complaint, he in no way relieved the wife of her burden to prove by clear and convincing evidence a material change in circumstances — that is, at the end of the durational period, to prove that her disability is continuing or permanent. …. In assessing a change in circumstances as the possible basis for an alimony modification, the judge will have to consider the same factors that were used in the initial award of alimony under G. L. c. 208, § 34, as well as the wife's need for support and the husband's ability to pay. In addition, because any future modification will require court approval, the disputed order is not, as the husband argues, a prohibited self-modifying order. (Internal citations omitted.)

Tarkoy and Morse seem to build upon a much older line of cases, which long predate the ARA, that held that even when parties agree to a permanent, “surviving” waiver of alimony, such an agreement can be modified in order to avoid a recipient becoming a “ward of the state”. In Knox v. Remick (1976), the SJC described the “countervailing equities” that might cause a Court to modify an otherwise unmodifiable surviving agreement:

Knox remains good law in Massachusetts today, as to when a Court can modify a surviving alimony agreement. Deviations under the ARA present a lower legal threshold than the “countervailing equities” described in Knox, but in Tarkoy and Morse, we see similar concepts at work. Specifically, when a former spouse’s age or poor health makes it impossible to support him or herself, courts will sometimes order alimony rather than letting the state pay for the individual.