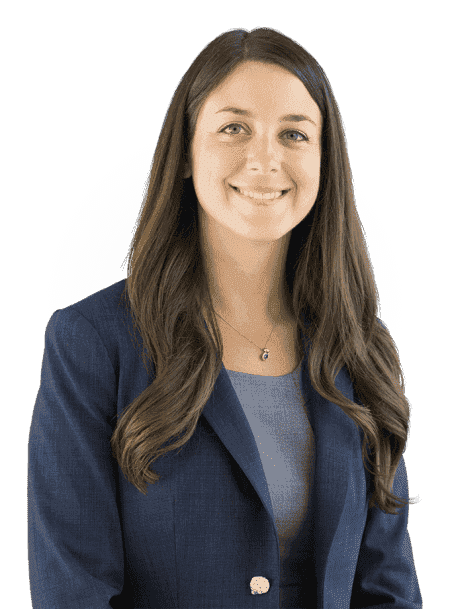 Every Massachusetts family law attorney has heard the question: My child just turned eighteen – does my child support stop now? If you live in Massachusetts, your child turning 18 does not mean that child support payments stop. This may seem counter-intuitive, since an 18-year-old is considered an adult under the law, but Massachusetts law has consistently allowed payments for support, maintenance, and education past a child’s 18th birthday for a variety of reasons that are provided by statute and case law alike.

UPDATE (8/15/17): To read about how child support for adult children has changed under the 2017 Massachusetts Child Support Guidelines, check out our new blog on the subject.

What do the Massachusetts Statutes Say?

Under both statutes, children aged 21 to 22 are still entitled to continued child support, subject to the following limitation: “if such child is domiciled in the home of a parent, and is principally dependent upon said parent for maintenance due to the enrollment of such child in an educational program, excluding educational costs beyond an undergraduate degree.” Remarkably, there are very few Massachusetts appellate opinions reviewing the exact meaning of terms such as “educational program” under the statutes. In Eccleston v. Bankosky, 438 Mass. 428, 434-435 (2003), the Massachusetts Supreme Judicial Court (SJC) explained the rationale behind this rule as follows:

In 1991, the Legislature once more enlarged the Probate and Family Court’s authority over child support matters in divorce actions as to ‘any child who has attained age twenty-one but who has not attained age twenty-three’ where the dependent child lives with the custodial parent and is pursuing an undergraduate degree.

If a 21-year old child is living at home and enrolled in community college, many judges would strongly consider a termination of child support. However, it is not clear that child support should stop as a matter of law in such cases, and presenting the case to a judge for review can involve complicated strategic, tactical and procedural questions due to the relatively small window of time between the child’s 21st and 23rd birthdays.

Your Adult Child Doesn’t Qualify Under the Statute. Don’t Stop Paying Yet.

If a parent files a Complaint for Modification seeking the termination of child support for a child over 18, the court will examine a number of factors. First, the judges looks at whether a child is living with a parent and is “principally dependent” on that parent. The Child Support Guidelines outline a number of other factors a may review when considering child support for a child over 18, including:

Most lawyers will tell you that the effect of college expenses on child support warrants a whole separate blog. Luckily, we have this for you. Last year, I explored these issues in my blog, How College Expenses Affect Child Support in Massachusetts. In the blog, I explored the hazy case law surrounding college expenses and child support in Massachusetts:

The most challenging question in cases involving college expenses in whether a parent should be required to pay both a large share of the child’s college expense and child support to the other parent. The waters here are murky, as there are quite a few variables to analyze, such as the parties’ respective income, the cost of college, and the designated contribution, if any. There is also a factual analysis that needs to be done surrounding the child’s living arrangements, the child’s own contributions, and so forth. So not only does a court need to determine if a parent’s college contribution should affect child support, a judge also may look into some complicated facts surrounding each child’s circumstances.

In Massachusetts, the general consensus seems to be that child support should continue to be paid to a parent, even if the paying parent is also contributing to college. The larger the parent’s contribution to college, the better his or her argument will be that he or she should receive some relief in the form of reduced child support.

My final verdict in that blog:

When forced to choose between continuing a child support order and requiring one or both parents to contribute to college, many judges will opt to continue the child support order. The basic idea is that college costs vary widely from school to school, and even children who must borrow 100% of their college expenses can generally find a school to attend. In contrast, a parent who depends on child support to keep a roof over the head of themselves (and the child) has no such flexibility. For parents with strong financial resources, many judges will continue the child support order and require contributions to college from one or both parents based on the perceived available resources each parent has after basic living expenses.

A typical recent case that illustrates the complex issues involved was McWilliams v. Fitch (2017). In an unpublished opinion, the Appeals Court affirmed the lower court judgment, which the Appeals Court described as follows:

The parties’ marriage produced four children before it ended in 2005. A separation agreement, apparently incorporated into the judgment,[1] provided that each of the parties would provide for the children’s college expenses (net of any outside financial assistance) “in proportion to his or her respective gross taxable incomes computed for Federal Income Tax purposes for the calendar year immediately preceding the commencement of the school year in question.”

The wife filed a complaint for contempt alleging that the husband failed to pay tuition for two of the children. The judge did not find the husband in contempt and, moreover, reduced his child support payments. By judgment dated January 6, 2016, the judge did, however, order the husband “to assume ½ [the] cost of [one child’s] college education minus all aid and loans available to the child. To be paid in a timely fashion.” We affirm.

Who Pays for School? How Judges Apportion College Expenses in Massachusetts

For child support-paying parents of adult children, the question is not just whether child support will be reduced when he or she start paying for college. There is also the question of how much should each parent be required to contribute to college. Should the cost be split three ways, between each parent and the child? Should each parent contribute equally? Should the parents’ contribution be capped based on the cost of in-state tuition? I explored these issues in another blog I wrote last year, Who Pays for School: College Expenses and Massachusetts Child Support Agreements.

In the blog, I wrote:

There are multiple ways to divide up college expenses, however, the underlying issues will always be the (1.) the bottom line cost of attendance, (2.) parties’ income, assets and ability to contribute to college without borrowing, (3.) each party’s ability to contribute or qualify for a loan, and (4.) how much debt the child will be burdened with for his or her share of the cost.

What About Alimony? When the End of Child Support Triggers a new Alimony Order

If the complexities surrounding child support and college expenses weren’t enough, many courts are now seeing a new type of case arising out of the Massachusetts Alimony Reform Act (ARA), which became effective in 2012. These cases often feature a former spouse who received child support under the original Judgment of Divorce, who subsequently seek an order for alimony following the emancipation of the children. Attorney Owens covered this subject in his blog, Does the Termination of Child Support Warrant an Increase in Alimony Following a Divorce?

In that blog, Attorney Owens wrote:

By establishing durational limits, the Act created overlapping issues between alimony and child support – where child support has its own durational limits based on the age of the children (i.e. “emancipation”). For divorcing spouses with older children, a common question now arises: should the spouse seek child support or alimony in their divorce agreement? The answer can be complex. After all, the law is constantly evolving, and appellate decisions interpreting the Alimony Reform Act and Child Support Guidelines are frequent. Regardless of the precise answer, one thing is certain: an attorneys drafting a separation agreements must balance the client’s immediate desire to receive a larger child support order with the same client’s hypothetical right to receive a smaller – but longer lasting – alimony order in the future.

With each year that passes, we see more parties returning to court who entered separation agreements in the early days of the ARA. Some of these agreements specifically defined whether alimony would commence following the emancipation of the children; however, many attorneys took a cautious approach at the time, unsure if the subsequent case law would favor post-emancipation alimony orders.

Conclusion: You can Bet on Child Support Ending at Age 23, but Earlier Termination is Difficult to Predict

It seems a little incredible that Massachusetts law is not better developed regarding the termination of child support. After all, tens of thousands of child support cases pass through our courts each year. However, Massachusetts appellate courts infrequently address the issue of termination for one major reason: by the time the case reaches the Appeals Court, the issue of emancipation is often moot.

The reality is that the area of greatest ambiguity surrounding child support – when children are 21 or 22 years old – is only 24 months long. By the time these cases are filed, brought to trial, a judgment issued, and an appeal filed, the 24-month period is often over. Moreover, where our appellate courts have chosen to grant Probate and Family Court judges wide discretion to enter or deny post-minority child support orders (which operate outside the Child Support Guidelines), it is difficult for attorneys to get a handle on what would make a good appeal in many cases.

For parents whose cases involve child support orders for adult children, it is a wise move to consult to with an attorney, where these cases present a challenging mix of ambiguous law, overlapping and sometimes contradictory considerations, and procedural and strategic concerns.