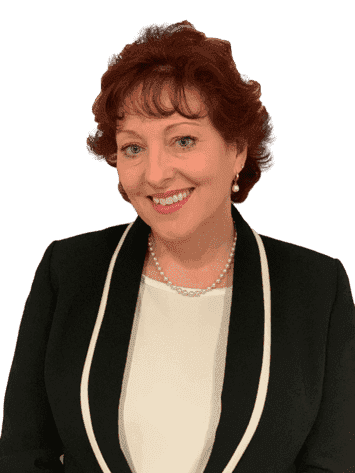 Summer is here, and what better time to update our always popular judicial roundup blog? Several Probate and Family Court judges have retired or appointed, while others have featured in news stories. Since we are lawyers, we begin with a disclaimer: What is written below is a combination of public information and some educated guesswork. And, like the cashiers at your favorite coffee shop, we always welcome tips.

So, without further ado, let’s dive in!

Changes in the Judicial Lineup at Norfolk Probate and Family Court

Since our last blog, the assignment of judges at the Norfolk Probate and Family Court has changed. The ever-patient Hon. George F. Phelan retired in September 2020 after 10 years on the bench. Replacing him in Norfolk is Hon. Jacqueline M. Burchill, a longtime associate at Giarrusso, Norton, Cooley & McGlone in Quincy, who was appointed to the bench by Governor Baker in 2019. Burchill was known to be smart, down-to-earth and fair when she was in private practice, and happily has continued to display these traits as a judge. Also new to Norfolk is Hon. Kimberly Moses, who has replaced Hon. Paul M. Cronan.

Judge Moses, who was appointed to the bench in December 2020, practiced law for 24 years and was most recently a partner at Moses Smith, Markey & Walsh in New Bedford. She also served as president of the New Bedford Bar Association. Moses initially sat on the Bristol Probate and Family Court, replacing Hon. Peter Smola, who retired at age 70 at the end of last year. She then swapped places with Judge Cronan, who transferred to Bristol while Moses went to Norfolk. Still in Norfolk are Hon. Patricia A. Gorman, who replaced Judge Casey as First Justice at Norfolk, and Hon. Lee Peterson, who serves as an associate justice.

First Justice Arthur C. Ryley, a longtime fixture at Barnstable Probate and Family Court, is due to retire in September 2021. Starting in July 2021, Hon. Susan Sard Tierney, who practiced law on Cape Cod for 20 years before being appointed as a judge in 2017, has taken over Judge Ryley’s caseload on the Barnstable PFC judicial calendar.

It remains to be seen who will replace Judge Ryley as First Justice in Barnstable, although the odds seem to favor Hon. Angela M. Ordoñez, who previously served as Chief Justice of the Massachusetts Probate and Family Courts before the appointment of Hon. John D. Casey in 2018.

No Change in Plymouth PFC

The lineup at the Plymouth Probate and Family Court has remained stable for the past several years:

However, we have heard from sources that Judge Roberts is retiring in the not-too-distant future.

Other Recent Massachusetts Probate and Family Court Retirements and Appointments

On January 19, 2020, Hon. David G. Sacks retired from Hampden after serving for a jaw-dropping 34 years (and wore the same suit coat to his retirement party that he wore to his 1986 swearing-in). On April 1, 2020, Hon. Elizabeth Crawford retired as first justice for the Franklin Probate and Family Court, having served as a judge since 2012, while Hon. Joan Armstrong retired from Suffolk Probate and Family Court on January 16, 2021 after nearly 13 years on the bench.

In May 2019, Hon. Jennifer Allen, a former family-law sole practitioner from Ashland, was appointed by Governor Baker to the bench at the Suffolk Probate & Family Court. In July 2020, former Woburn City Council President Michael Anderson was named to the Probate and Family Court. In November 2020, well-known and well-regarded Bristol County family-law attorney Elizabeth “Beth” Teixeira fulfilled a lifelong dream of becoming a judge when she was nominated to serve on the Essex Probate and Family Court. In March 2021, Hon. Dana Doyle, a western Massachusetts attorney with more 20 years’ experience helping survivors of domestic violence navigate the legal system, was appointed to fill Judge Crawford’s seat on the Franklin Probate & Family Court.

Starting on July 12, 2021, parents who file for divorce will not be required to attend the state’s Parent Education Program Attendance. The rule suspending the program will apply only to divorce cases filed on or after July 12, 2021, and will extend until at least September 1, 2021.

The Court’s parent education program was modified in March 2020, during the early days of the Covid-19 pandemic, in part to enable parents to attend online classes virtually. The switch to virtual classes appears to have resulted in the cancelation of many in-person programs throughout the Commonwealth, and it is unclear when providers will be in a position to fully resume in-person parent education sessions.

In addition to the challenges posed by Covid-19, the parent education class has generated controversy in recent years. In Chief Justice Casey’s memorandum regarding the suspension of the class, he noted the following:

Judge Casey’s memorandum goes on to note that no data has ever been produced demonstrating that the state’s parent education programs are effective; that administering the program poses a significant burden on the Probate Court; none of the state’s 22 providers have followed guidelines for seeking reapproval for the program every two years; and Massachusetts treats divorcing parents differently from unmarried parents, who are not required to attend the program.

Although the suspension of the program is only through September 1, 2021, Judge Casey’s memorandum makes clear that Casey and the Trial Court are seeking significant changes before classes resume.

Other Probate and Family Court News

A bill pending in the state Legislature to remove the authority of the Chief Justice and First Justices over certain court personnel and transfer that power to the registers has generated controversy. The measure, S.987, which is sponsored by Sen. Brendan P. Crighton (D-Essex), would amend G.L.c. 217 by adding new Section 15 1/2 that states, “[i]n order to ensure the efficient administration and operation of each registry, the register shall have responsibility for the selection, appointment, and management of personnel.” According to Mass Lawyers Weekly, Judge Jennifer M. Rivera-Ulwick, first justice in Essex County, raised the topic of the bill toward the end of a virtual bench-bar conference in March 2021. Accounts differ about what ensued. Lawyers Weekly reported that as Rivera-Ulwick attempted to rally support to defeat the bill, Essex Register of Probate Pamela Casey O’Brien interjected. While one participant described the ensuing exchange as a run-of-the-mill disagreement, another said it became tense and heated, with the back and forth ending abruptly when Rivera-Ulwick terminated the Zoom meeting.

Since Fall of 2020, the Commission on Judicial Conduct has been weighing a hearing officer’s recommendation that a Probate & Family Court judge be retired or removed from his post in response to allegations that he inappropriately touched a court employee without her consent. The Commission held a virtual hearing on October 5, 2020 on the recommended discipline against Judge Paul M. Sushchyk, who was charged with engaging “in willful judicial misconduct and conduct prejudicial to the administration of justice and unbecoming of a judicial officer.” It appears the case is still ongoing.

A group of litigants who say that their lives went downhill once Essex County Probate & Family Court Judge Abbe L. Ross labeled them the “bad guy” in their divorce and child custody proceedings hope a “bill of address” filed on Beacon Hill will finally hold the judge — nominated to the bench in 2014 — accountable for her actions.

The Bill of Address - or perhaps it was Lawyer’s Weekly’s coverage of the bill - generated a swift response from a collection of Essex County attorneys, whose April 29, 2021 letter to the venerable publication stated as follows:

We should expect more from Lawyers Weekly, particularly articles that appear prominently and purport to be journalism. Judges have difficult jobs. Providing a platform to malcontents without vetting the facts of their cases is not only unfair, but also has the potential of discouraging the thoughtful and difficult decisions that we need our judges to make. The bench needs more judges of Judge Ross’ ilk, not fewer.