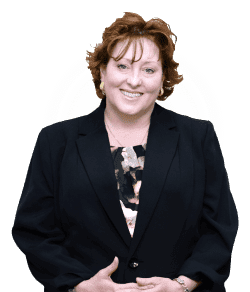 With three more judges appointed to the Massachusetts Probate and Family Court, local practitioners appointed to the District Court, and some lingering questions answered since our last judicial last blog in June 2018, we thought it was about time to update our ever-popular judicial new roundup blog series. Per usual, we preface this blog by noting that what is written below is a mix of public information and educated guesswork. Tips are always welcome!

Wonder no more: according to the court’s website, Hon. Patricia A. Gorman is the court’s First Justice. Joining her in Norfolk on what now seems to be a permanent basis are Hon. Paul M. Cronan, Hon. Elaine M. Moriarty, Hon. Lee M. Peterson, and Hon. George F. Phelan. Judge Moriarty presides over the Fiduciary Litigation Session (“FLS”) at Norfolk, a special session to which certain complex probate litigation cases may be reassigned. (We have also learned that a FLS in Marlborough will be opening up soon with another judge!)

Hon. Susan Sard Tierney, whom we blogged about after she was appointed to the bench in 2017, was transferred to the Barnstable Probate and Family Court from the Suffolk Probate and Family Court in October 2018 by a unanimous vote of the Governor’s Council. However, Judge Tierney, who practiced law on Cape Cod for nearly 20 years before being appointed a judge in July 2017, is not confined to Barnstable, as she is scheduled to hear cases in both Worcester and Plymouth counties this month.

Hon Arthur C. Ryley is now the First Justice in Barnstable, filling the role vacated by the retirement of Hon. Robert A. Scandurra last summer, while Hon. Angela M. Ordonez has also been hearing cases in Barnstable since she was replaced as First Justice of the Massachusetts Probate and Family Court by Judge Casey (see above). Meanwhile, Hon. Denise L. Meagher, who was rumored for a seat in Barnstable, now sits in the Plymouth Probate and Family Court, where she is a welcome addition to the Plymouth courthouse (which traditionally only had one probate judge sitting there on any given day). It appears likely that Judge Sard Tierney will take her permanent seat on the Barnstable bench after Judge Ryley reaches mandatory retirement age in a few years.

In other Barnstable-related news, Thomas J. Perrino, former first assistant clerk magistrate of the Barnstable Superior Court, was appointed as a judge of that court in August 2018. He filled the seat vacated by now-retired Judge Gary A. Nickerson.

Since we last blogged, three more judges have been appointed to the Probate and Family Court by Governor Baker.

In December 2018, Jennifer Melia, a sole practitioner from Worcester, was unanimously confirmed by the Governor’s Council as a circuit associate judge. Melia, who received her J.D. from New England School of Law in 2004, practiced probate and family law on her own since 2007, including serving as a court-appointed guardian ad litem in more than 200 cases. Melia previously served as a probation officer in the Worcester Probate and Family Court from 1996-2007. She is scheduled to sit in Worcester this month.

Also in December 2018, Roxann C. Tetreau, a partner at Eden Rafferty in Worcester, was appointed as a circuit associate justice to the Probate and Family Court by a 5-3 vote of the Governor’s Council. Councilors Robert L. Jubinville, Marilyn Petitto Devaney and Christopher A. Iannella voted against Tetreau, who earned her J.D. from Suffolk University Law School in 1999 and served as a court-appointed conciliator in addition to practicing family law. Judge Tetreau is currently sitting in Middlesex Probate and Family Court.

She is currently working with Chief Justice Casey of the state Probate and Family Court to implement the team’s recommendations.

On January 23, 2019, longtime Brockton attorney David P. Sorrenti was confirmed for a circuit judgeship on the District Court. A partner at Sorrenti & Delano since 1996, Sorrenti is well-known to Plymouth County practitioners as a family law attorney as well as a criminal defense lawyer. Sorrenti’s longtime partner, Stuart P. Delano, reports that his firm remains open for business, even with Sorrenti donning the robes.

Jeffrey K. Clifford, another prominent local attorney, was unanimously confirmed on February 6 as an associate justice of the Quincy District Court in January. Clifford has been a sole practitioner since 2007, before which he served as an assistant district attorney in both Norfolk and Suffolk counties. He is also a former Marine who served in the Persian Gulf War and Operation Iraqi Freedom. He was praised as “excellent” and “a good choice” by councilors before the vote.

Sabine Coyne, former legal counsel for the state Department of Correction in Bridgewater and most recently an assistant clerk magistrate at the Suffolk Superior Court criminal session, was unanimously appointed an associate justice of the Brockton District Court in August 2018. Judge Coyne, who also worked as an assistant district attorney in Norfolk County for more than 10 years, earned her J.D. from Southern New England School of Law and has belonged to the Women’s Bar Association since 2000 and the Massachusetts Black Women Attorneys since 2012. Governor’s Councilors Joseph C. Ferreira and Robert L. Jubinville “praised Coyne’s fitness for the bench, and Ferreira said [Councilor Mary E. Hurley, who was absent] had asked him to express her support” for Coyne, according to Massachusetts Lawyers Weekly.

Hon. Katherine A. Field, the First Justice of the Bristol Probate and Family Court, was appointed as "judge member" of the Commission on Judicial Conduct ("CJC"), effective August 14, 2018. Her Non-renewable term lasts for six years. The nine-member CJC, which we have blogged about in the past, investigates complaints alleging that a state court judge has engaged in judicial misconduct or has a disability preventing him or her from properly performing judicial duties, and is responsible for pursuing, when it is appropriate, remedial action or discipline against state court judges. It consists of three judge members, three attorney members, and three lay (non-attorney) members.