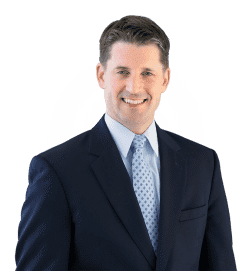 The Massachusetts Supreme Judicial Court (SJC) is considering a child support case that poses a novel question: Should parents who are at risk of incarceration for non-payment of child support be entitled to court-appointed attorneys? The case turns on whether the Sixth Amendment, which provides the right to “assistance of counsel” for the accused “in all criminal prosecutions” applies to child support cases in which a parent faces a potential jail sentence for failing to pay child support. If the SJC determines that parents facing incarceration for non-payment of child support have a right to counsel, court-appointed attorneys would likely become available to parties who are unable to pay for an attorney.

The case, DOR v. Grullon, is an appeal of an Essex Probate and Family Court case from 2019 in which the father, allegedly a homeless veteran with a partial disability, was sentenced to ten days in jail for non-payment of child support. The appeal has made waves in Massachusetts legal circles, with Amicus Brief filings from the Massachusetts Committee for Public Counsel Services, Massachusetts Law Reform, Massachusetts Bar Association, Boston Bar Association, the Jewish War Veterans of the United States of America and the ACLU of Massachusetts.

The basic history of the case appears largely uncontested. After alleging a reduction in income, the father filed a complaint for modification to reduce his child support, which appear to have been unsuccessful. A child support enforcement action was brought by the Massachusetts Department of Revenue (DOR), in which the father represented himself, pro se, while DOR case was presented by a government attorney. At one point, the Probate & Family Court judge found the father in contempt of court, and the father spent ten days in jail.

In a rare move, the SJC granted a direct appellate review of the contempt ruling. A key question was whether the father, faced with jail time for contempt of court, should have been entitled to a court-appointed lawyer. The case was heard by the SJC on January 9, 2020, with a ruling expected in the spring or summer of 2020.

It is safe to assume that the SJC’s ruling will tackle the straight-forward question of whether defendants in a child support enforcement action are entitled to court-appointed counsel when there is a risk of incarceration. What is less clear is how the SJC might limit the scope of such cases, should it decide that defendants have the right to counsel. Questions include whether the SJC would limit the right to counsel to cases brought by DOR, where the state itself is seeking to incarcerate a defendant, or would the right be broadly applicable to all child support defendants at risk of incarceration? If a broad right to counsel exists for all or most defendants facing child support contempt actions, including actions brought by other parents, rather than DOR, the question then arises: Should the parent who is seeking child support also be entitled to an attorney?

The Simple Case: Court Appointed Counsel for Claims Brought by the State

In Grullon, the case against the father was brought in the Probate & Family Court by a state agency, the Department of Revenue. The father had no attorney, and DOR asked the court to impose a jail sentence, not unlike a prosecutor’s office seeking a jail sentence in a criminal proceeding. From a Sixth Amendment “right to counsel” perspective, the perceived power imbalance – between the unrepresented private citizen and state-employed DOR attorney – is important. Indeed, any time the state is seeking to deprive a citizen of his or her freedom, it is legitimate to ask whether the citizen is entitled to an attorney.

If every single parent who falls behind on his or her child support is entitled to an attorney when DOR is involved, several potential issues arise. First, the state will incur an enormous new expense by being forced to pay for thousands of new court-appointed attorneys. Second, as non-paying parents obtain counsel, the entire child support enforcement system is likely to slow down, with custodial parents and children likely receiving less child support as a result.

It seems like an easy solution: Just provide pro se litigations a court appointed lawyer when they are facing potential jail time for contempt of court. But even the simplest outcome involves complex knock-on effects that could impact Massachusetts parents and children in unpredictable ways.

Even more questions arise in child support enforcement cases when a private citizen is on the other side of the table, like the child’s mother, rather than the state. Although the DOR enforces child support orders on behalf of parents, the process is often slow, and DOR attorneys – who routinely handle dozens of cases at every court appearance – often know few details about the parents and children involved. In many cases, it is more efficient and effective for child support receiving parents to seek direct enforcement of the child support order through a complaint for contempt to enforce child support. One possible outcome in such cases is that the non-paying parent will be sentenced to jail.

When it is not DOR pursuing child support payments, but the child’s other parent, providing the defendant with a court-appointed attorney suddenly has a significant downside: It tilts the playing field in the defendant’s favor, at the expense of the plaintiff who is seeking to enforce child support.

This is especially true when the party seeking enforcement of the child support obligation is also indigent – as they often are. However, even when the plaintiff in these actions are able to pay for their own attorney, giving the defendant court-appointed counsel is still unfair because one side gets free help while the other side has to pay for it. After all, what is the point of receiving child support if a parent is forced to pay $5000 to hire an attorney, while the non-paying parent receives an attorney for free?

We Have Seen This Before in Child Guardianship Cases

We saw the SJC grapple with these very issues just a few years ago.

In 2017, the SJC addressed this issue by allowing judges to also appoint attorneys for indigent guardians in the case Guardianship of K.N. Following the 2017 decision, Probate & Family Court judges were permitted to appointed attorneys for both parents and guardians, evening the playing field in these difficult cases.

A Difference in Scope: Guardianship Solution May Not Work with Child Support Cases

The eagerness with which the SJC took jurisdiction over Grullon hints that the Court is ready to allow court-appointed lawyers to indigent defendants in child support cases. It is easy to see the appeal of such an outcome, but it is crucially important that the SJC, in making its ruling, carefully consider the impact of its decision on the children for whom child support provides a crucial financial lifeline.

It is fair to view criminal cases as a contest between an individual and the full might and resources of the state. Without the right to counsel, criminal defendants would be at the mercy of the government itself. However, every child support case involves an unnamed, unrepresented party who lacks even the right to stand up and state his or her position in court: the child. The SJC would do well to remember that Probate & Family Court judges use the threat of incarceration to force individuals to support their children, and that any decision by the Court that makes avoiding child support obligations easier will likely result in reduced financial resources for the children whose interests the child support enforcement system is supposed to protect.