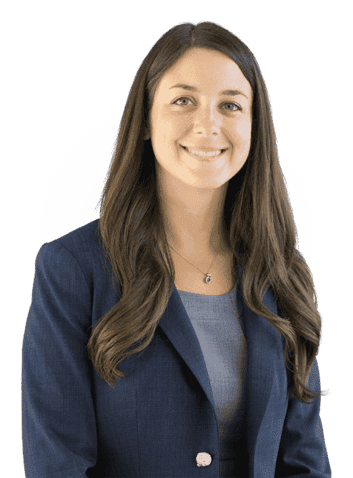 A recent unpublished opinion of the Appeals Court, Thornton v. Thornton(2017), illustrates how a change in circumstances can lead to the lowering of a parent’s child support obligation without altering the amount of alimony the same parent must pay. The case was heard by Hon. Robert A. Scandurra of the Barnstable Probate and Family Court, whose decision criticized the former husband’s honesty at trial, but ultimately reduced the man’s child support by $150.00 per week while leaving in place an alimony order of $200.00 per week.

Thornton: A Long-Term Marriage Leads to $1000 Per Week in Child Support and Alimony

In 2012, the Father and Mother entered into a separation in Thornton entered a Separation Agreement after 26 years of marriage. Under the Agreement, the Father was obligated to pay the Mother alimony in the amount of $200 per week and child support in the amount of $800 per week. The child support order of $800 per week exceeded the Massachusetts Child Support Guidelines at the time of the divorce. However, the Agreement provided that this upwards deviation was agreed upon, and the Guidelines provide that a deviation remains in place so long as three conditions are met:

(1) “the facts that gave rise to deviation still exist”; (2) “deviation continues to be in the child’s best interest”; and (3) “the guidelines amount would be unjust or inappropriate under the circumstances.”

In Thornton, the Separation Agreement provided that the child support deviation, as well as the Father’s alimony payment, arose out the Father receiving “a significantly larger portion of the marital assets and the Mother’s assumption of the entirety of the business-related mortgage debt” on the marital home at the time of the divorce.

The Modification: An Industrial Accident Leads to a Request for Lower Child Support and Alimony

In June of 2015, the Father filed a complaint for modification seeking the termination of alimony and a steep reduction in child support. He claimed that reductions in both alimony and child support were warranted because his income had drastically reduced as a result of an industrial accident that he suffered. In July of 2015, the Father unilaterally reduced his child support payment to $500 per week (without agreement or court orders allowing him to do so). This prompted the Mother, a nurse, to file a complaint for contempt.

Notably, by the time that trial occurred in 2016, the parties’ children were all over 18 years of age. This meant that the Child Support Guidelines no longer presumptively applied to the case. (The children attended college, but the issue of college costs was not raised at trial.) The Father had the burden of demonstrating a change in circumstances that warranted a reduction in support.

Following trial, the judge reduced the Father’s weekly child support payments from $800 per week to $650 per week, retroactive to his filing of the modification. According to the Appeals Court, the reduction was primarily (but not solely) based on the Mother’s increase in income since the divorce:

Based on his careful review of the evidence that the father put forward, the judge found that despite the father’s 2015 injury and the other economic challenges he faced, his income actually had increased significantly since the divorce. … Nevertheless, the judge recognized that the mother’s income had increased since the divorce, and this was one of the factors on which the judge relied in reducing the father’s child support obligation. …. The judge also cited the fact that even though the children were not yet emancipated, they had both reached the age of eighteen by the time of trial.

Notably, the judge did not eliminate or reduce the alimony payments.

The Appeals Court agreed with Judge Scandurra’s rationale, while noting several keen observations made by the judge. Of particular note was the judge’s skepticism surrounding Father’s claims about the reason for the child support deviation at the time of the divorce, as well as the Father’s dubious loss of income:

It bears noting that the judge expressly discredited much of the father’s testimony and specifically faulted his lack of candor with regard to his income, including as reported on his financial statement. The judge discredited the testimony of the father’s expert that sought to demonstrate that the mother could be earning significantly more than she already was.

The father points out that the only testimony regarding the reason for the deviation was his own. Specifically, in response to a question on cross-examination that sought confirmation that the mother’s agreeing to assume the business-related mortgage debt was the reason for the award of child support in an amount greater than the guidelines, the father denied this and testified that the reason he agreed to pay the specified amounts “was because I thought if I gave [the mother] more than the guidelines, I would be able to see my daughter now.” Of course, the judge was not required to accept the father’s explanation.

Judges have wide discretion and place emphasis on litigants being candid with the court. In this case, Father was seeking reduction in both alimony and child support, self-modified the child support, placing a financial strain on the Mother, and according to the trial judge, was not forthcoming about his finances. Despite his lack of candor, however, the judge provided some relief to the Father, reducing his child support obligation by $150.00 per week and reducing the arrears that had accrued due to Father’s non-payment while the modification was pending.

What Comes Next: Will Former Wife be Entitled to an Increase in Alimony After Child Support Ends?

After two years of litigation, one imagines that the former wife in Thornton might want a break from the Court process. However, the facts of the case leave a clear question in our mind: can and should the former Wife receive an increase an alimony after the Father’s child support obligation has ended. Recent case law makes abundantly clear that the termination of child support can provide grounds for an alimony increase after children are emancipated. As we remarked in our recent blog, Appeals Court: Child Support Ending can Trigger Alimony Increase:

[T]he Appeals Court noted that the termination of child support may be considered a change in circumstance. The Court specifically noted that the merger language allowed for these issues to be revisited, and that the parties saw them as interrelated …

If the loss of child support is a material change in circumstances that warrants an increase of alimony, it seems logical that the opposite could have been true in Von Rekowsky, where [the judge] increased the Wife’s child support by $1,500 while eliminating an alimony order in the same amount. However, the Appeals Court seemed to take a dim view of this argument …

What is clear is that parties should never rely on nor discount the possibility that the termination of child support might trigger an increase of alimony – or vice versa. We have no way of knowing whether the former wife in Thornton plans on pursuing an increase in alimony after child support ends, but given the length of the parties’ 26-year marriage, and the relative youth of the two children, it seems likely that there will be a stretch of years following the emancipation of the children before the former husband reaches federal retirement age.

As if to punctuate the question of future alimony, a check of the Appeals Court docket suggests that the parties were originally divorced on leap year day, February 29, 2012. As we have frequently blogged, the effective date of the Massachusetts Alimony Reform Act is March 1, 2012. (That’s right, the very next day.)

Under current law, the ARA only provides for the termination of alimony when a payor reaches federal retirement if the payor was divorced after the ARA’s effective date of March 1, 2012. Where it appears that the parties in Thornton were divorced one day before the ARA became effective – on leap year day, no less – this may pose an interesting legal issue down the road if the Massachusetts legislature fails to pass the so-called Alimony Re-Reform Act (ARRA). The Re-Reform Act would make the retirement cap applicable to all alimony orders – regardless of when the parties were divorced – but as of today, the legislature has not voted on the bill.