In most divorce and family law cases involving the parents of unemancipated children, child support needs to be resolved. In Massachusetts, the Child Support Guidelines are presumptive, and there is little wiggle room for parties to receive more or pay less child support under the Guidelines. However, a standard Guidelines calculation does not take into account every unique family situation. Accordingly, Section IV of the Child Support Guidelines specifically grounds upon which judges may deviate from the standard Guidelines calculation in certain circumstances. Although arguing for a deviation is often an uphill climb for probate court litigants, parties can sometimes persuade a judge that ahigher or lower child support order than is provided under the standard calculation is appropriate. In these cases, a judge can exercise his or discretion to order a deviation from the Guidelines.

As discussed above, a typical child support deviation requires the judge to an issue an order address four topics. Below, we walk through a typical order for deviation. Under the hypothetical, a standard Child Support Guideline calculation would have left one party (in this case, the Mother) forced to pay an extraordinarily high proportion of her income towards the medical insurance coverage for the family. The four steps would be as follows:

One immediate take away from the above hypothetical scenario is just how much work judges must put into crafting findings and orders for deviations under the Child Support Guidelines. Massachusetts Probate and Family Courts are the busiest, most overburdened and most underfunded courts in the Commonwealth. Judges with limited time and resources must pick and choose which cases on which they will expend the precious time required to draft a thoughtful and time-consuming order and findings for deviation. (If such rationing of time and attention by judges strikes you as unfair, ask your representatives in the Massachusetts legislature to increase funding for probate and family courts.) This, among many reasons, makes deviations from the child support guidelines rare.

Other Grounds for Child Support Guidelines Deviations: from Incarceration to Chronic Illness

In some circumstances, deviations under the guidelines can seem arbitrary. Take, for example, a party who is incarcerated in jail and lacks sufficient funds to pay child support. In other contexts, Judges often indicate that they “will not set a party up for contempt” by ordering a person with no means of earning income to pay child support. However, the 2013 Guidelines only provide for a reduction in child support if an incarcerated person has been sentenced to at least three years in prison. Invariably, this results in massive arrears upon the inmate’s release. Now, it is certainly true that would argue criminals shouldn’t be entitled to a reduction in child support. This argument has merit, without question. However, this does not change the fact that the Guidelines are based on each party’s current income, which is something an incarcerated person lacks, making the three-year requirement somewhat arbitrary. 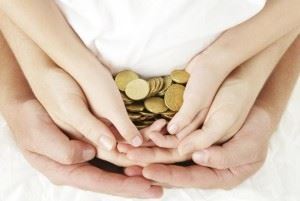 The 2013 edition of the Massachusetts Child Support Guidelines provides thirteen (13) separate grounds for deviation, ranging from the simple fact that the parties have agreed on a deviation to increasingly specific scenarios, such as the special needs or aptitudes of a child; the health of either parent or child; or the particularized financial distress of either parent. Indeed, the grounds for deviation even include surprisingly specific factual scenarios, such as when a deviation is warranted because an “application of the guidelines may adversely impact re-unification of a parent and child where the child has been temporarily removed from the household based upon allegations of neglect.” (This could apply to a scenario in which a child is temporarily removed from a home by the Department of Children and Families, but a judge feels that terminating the parent’s child support would undermine his or her ability ability to maintain a home for the child to return to.)

Some of the grounds for deviation are fairly predictable. For example, deviations based on the health of the child or a parent is easily understandable, particularly if either includes extraordinary medical expenses. A deviation on behalf of a parent who is spending an inordinate percentage of his or her income on medical insurance or child care is also understandable. Similarly, if a child has special needs and requires full-time care or supervision, the resulting limitations on parent’s ability to work may warrant an understandable deviation.

The Guidelines also have a “catch-all” exception, which allows for a deviation if, “absent deviation, application of the guidelines would lead to an order that is unjust, inappropriate or not in the best interests of the child, considering the Principles of these guidelines.” This provision of the Guidelines permits judges to fashion deviation orders based on unusual or unpredictable circumstances. While these cases tend to be rare, it is not hard to imagine situations in which the standard Guidelines calculation simply does not make sense.

The rare use of a “parenting time deviation” under Section IV (13) illustrates an important point: just because a judge encounters one of the 13 scenarios described in Section IV does not mean the judge must – or is even likely to – enter a deviation based on that fact pattern. A judge is under no obligation to deviate from the Guidelines in any situation. And while Massachusetts appellate courts can reverse any child support they find to be “plain error”, the SJC and Appeals Court have been very hesitant to second guess probate and family court judges who choose to forego a deviation in a particular case. The lesson: just because a case fits a fact pattern under Section IV (13), an order for child support deviation is not assured.

Deviations: A Rare but Important Feature of Massachusetts Family Law

While deviation may seem like a rich opportunity for a parent receive more child support – or pay less child support – judges scrutinize deviation arguments very seriously. Many judges will not deviate from the Guidelines absent highly compelling evidence. The reason for this is two-fold. First, many parents who receive child support would struggle to provide for their children with a below-Guidelines order, while many parents who pay child support simply cannot afford an above-Guidelines order. Second, judges are acutely aware that each deviation from the Guidelines that he or she allows only serves to encourage more deviation requests in other cases, draining the court’s time and resources, and undermining the predictability of the system that judges operate under.

About the Author: Nicole K. Levy is a Massachusetts divorce lawyer and family law attorney for Lynch & Owens, located in Hingham, Massachusetts.