Take a quick glance at a Massachusetts Child Support Guidelines worksheet and you will immediately see that the state’s official form provides a neat and tidy “box” that implies that the Child Support Guidelines adequately considers each parent’s contribution to the cost of medical insurance when calculating weekly child support. Looks can be deceiving. In reality, the treatment of medical insurance costs under the Guidelines is arbitrary and often profoundly unfair.

How Medical Insurance Deductions Work Under the 2013 Guidelines 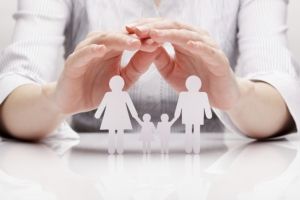 The real world economic consequences of the hypothetical above are stark. For the recipient, a $206 per week child support is almost entirely consumed by his or her $200 week medical insurance cost (it should be noted that this scenario could entitle an individual to a deviation under the Child Support Guidelines). Although our payor seems to be doing better under the Guidelines, a closer looks reveals that he or she is now paying combined child support ($165/week) and medical insurance ($200/wk) of $365 per week. Even for the payor, the Guidelines provide little relief from the burden posed by a substantial medical insurance cost.

A Different Approach: Equal Apportionment of Medical Insurance Costs for Parties and Children

The method above is not perfect. It requires data regarding the cost of different plan options available to the parents and introduces the need for a separate payment structure outside of regular child support. The method cannot always account for situations in which one parent’s coverage is very expensive, nor does it address complications arising out of subsidized Medicaid-funded coverage, which is can be subject to very different rules compared to private insurance. Despite these complications, however, it is clear that an agreement that assigns each party the cost of his or her own medical insurance coverage, while sharing equally (50/50) the children’s share of the coverage, resolves many of the problems inherent in the scheme (or lack thereof) provided under the Guidelines.