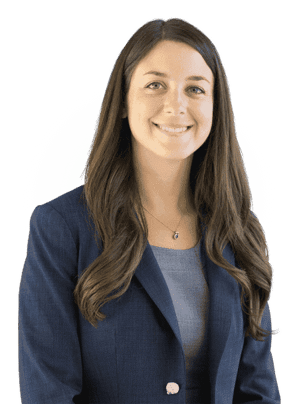 In Massachusetts, the amount and duration of child support is dictated by the Massachusetts Child Support Guidelines. The Guidelines offer a worksheet to calculate an appropriate amount of support, depending on factors including the gross income earned by each party, child care costs, health insurance costs, the number of children and the parenting schedule. Often, the worksheet is used at face value, meaning the amount calculated is utilized by the court. The Guidelines also offer reasoning behind the worksheet and explain when and why a court may decide that the worksheet calculation is inappropriate.

Calculating Child Support Under the 2013 Guidelines

Under the 2013 Guidelines, non-custodial parent who sees the children 50% of the time will likely pay a lessor amount than if the same parent saw the children less than 33% of the time. However, many judges have expressed qualms about modifying child support calculations based on small differences in the parenting schedule. Most Probate and Family Court judges do not want to “bean count” each parent’s days and hours spent with the children, and do not appreciate parties who overemphasize the impact of parenting time on child support calculations. Similarly, judges take a dim view of either party attempting to manipulate the parenting schedule with the intention of influencing child support.

Challenges and Considerations in Determining Child Support under the Guidelines

The Guidelines worksheet is a simple document. It provides boxes for parties to report their gross incomes and a short list of child-related costs: child care costs, medical insurance costs, dental and vision insurance costs, and other child support orders. Within this short list of categories, however, there are often complex considerations.

For example, a parent who is self-employed generally exerts a great deal of control over his or her “tax reported” gross income. Unlike a W-2 employee, whose income reporting is largely controlled by an outside employer, self-employed parents can manipulate their W-2 income and taxable business income on year-to-year basis. Where the single most important factor under the Guidelines is “gross income”, this means calculating child support in cases involving self-employed parents is often complex and discovery intensive.

Lastly, the 2013 Guidelines only “presumptively” apply to the first $250,000 in combined gross income earned by the parties. However, a judge has the discretion to order child support on income exceeding $250,000 per year. (A common misconception is that a judge ordering child support for income over $250,000 per year is “deviating” from the Guidelines. This is not true. The Guidelines leave the decision entirely to the judge, and a judge’s decision to order increased child support does not require the judge to enter separate findings of fact justifying the decision, as is required in the case of a deviation.)

Deviations from the Child Support Guidelines

The starting point in every case is that Massachusetts judges give great deference to the Massachusetts Child Support Guidelines worksheet, and will only deviate from the Guidelines in certain circumstances. That said, factual scenarios do exist that make a judge less likely to follow a “Guideline order” in certain cases, and the Guidelines themselves contain numerous opportunities for offsets and increases in consideration of factors such as the cost of medical insurance, extraordinary travel expenses, and/or the existence of a separate alimony order.

Like the examination of each family’s parenting schedule, a judge may choose to examine each family’s circumstances individually to determine whether the Guideline worksheet calculation is appropriate. The judge can scrutinize the parties’ financial circumstances, health, employment (or reasoning for lack of), the children’s health or other factors to decide if a deviation is appropriate. For example, if a party is paying an extraordinary medical expense, a judge may consider this in deviating from the Child Support Guidelines worksheet.

While child support is generally determined using a straight-forward calculation, there are always exceptional situations that allow courts to depart from this calculation when faced with unique circumstances. Custodial and non-custodial parents should be aware of these nuances, as they can have a major impact on their case. Moreover, where child support amounts are modifiable, parties must always be aware that changes to income, health or employment – or changes to the Guidelines themselves – can lead to modifications in child support in the future.