What Does a Declaration of Homestead Protect in Massachusetts? 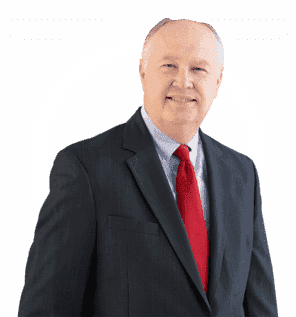 In 1851, the Massachusetts Legislature passed the “Massachusetts Homestead Act”, G.L.c. 188, §§ 1-14, a humanely inspired piece of legislation designed to protect families from losing their homes to creditors. In simple terms, the act protects the equity in an individual’s home up to the first $500,000 from being seized by creditors for debts including civil liability arising out of personal injury claims. The Act was last revised in 2010, when the legislature increased the protection limit from $300,000 to $500,000 and introduced several additional protections, such as automatic homestead protection of up to $125,000 who fail to file a formal declaration of homestead at the Registry of Deeds.

A Declaration of Homestead may be recorded in the Registry of Deeds for the protection of homeowners, or their families who actually live in the protected property, for the $35 cost of the recording fee. The declaration serves as a notice that the owner(s) are protected from creditors up to an aggregate total of $500,000 if the owners are not disabled or 62 years of age or older (in which case the $500,000 protection extends to each individual owner). The protection will survive the sale of the property to third parties and will apply to the proceeds of the sale so long as the individual either acquires a new home or for one (1) year after the date of sale, whichever occurs sooner.

Homestead protections generally do not extend to “secured” transactions in which the homeowner agrees to give her or her property to a lender if the homeowner fails to pay his or her loan. Other exceptions to the Homestead Act’s protections include tax liens, orders of the Probate & Family Court pursuant to the division of assets or to enforce child support, debts acquired prior to the homestead, and certain court judgments for liability arising out of fraud, mistake, duress, undue influence or lack of capacity. Homestead protection also does not include vacation or investment homes (i.e. homes that are not a primary residence) or equity in a residence that exceeds $500,000.

Debts and liabilities that are not subject to Homestead protection can make homeowners vulnerable to creditors, who can seek a court-ordered auction of the homeowner’s property in order to pay the debt.

In a recently decided opinion, the Massachusetts Appeals Court reviewed how the homestead exemption from creditor attachment works in practice. In Hartog, Baker & Hand, A.P.C. v. Thomas P. Clarke (2021), the California creditor law firm (HBH) held a $342,184.31 judgment against a California homeowner. When the homeowner failed to satisfy the judgment, HBH commenced an enforcement action in Massachusetts in which summary judgment entered in favor or HBH and an execution in the amount of more than $390,000 issued. HBH delivered the execution to the Barnstable County deputy sheriff, who recorded a levy on the execution against the homeowner’s property, which the homeowner owned solely, and, at HBH’s request, suspended any further action beyond serving the homeowner with the notice of levy. The homeowner brought a motion to dissolve or terminate the levy, citing the $500,000 protection afforded by his duly recorded homestead declaration three years earlier.

The tax-assessed value of the homeowner’s property was $391,000 and it had an unpaid mortgage balance of $99,000. Accordingly, the homeowner argued that the very existence of the lien created a cloud on his title because it impacted his ability to sell or refinance his mortgage and that the Act gave him complete protection against such encumbrances. The Appeals Court disagreed that the Act was intended to provide such protection. The Court reasoned that the purpose of the Act was to protect families from creditors’ demands so that, notwithstanding their outstanding debts, families can remain in their homes.

The Court found, that by immediate suspension of its lien, HBH had effectively protected the homeowner’s homestead estate, and the protection of the homestead-protected person’s rights to sell or refinance his/her home are not the purpose of the Act. Lastly, the Court observed that, by recording its execution, HBH had done nothing more than to fix its priority relative to other subsequent creditors and that HBH was not precluded from doing so by the Act. Thus, the execution will remain recorded against the title.

Homestead Does Not Prevent Creditors from Filing Lien on Protected Property

At its core, the HBC v. Clarke decision clarified that the Homestead Act does not prevent a creditor from filing a lien on a debtors property through the Registry of Deeds. Where the creditor voluntarily suspended the lien, the Court found that the homeowner was not at risk of losing the property; the creditor was not attempting to force the sale of the home or collect the debt.

In its decision, the Court acknowledged that the existence of the lien could complicate the homeowner’s efforts to sell or refinance the home at some future date:

[A]ssuming, without deciding, that [the homeowner] will encounter the difficulties he alleges, we do not agree that public policy or the purpose of the statute is to protect [the homeowner’s] ability to sell or refinance without inconvenience or increased cost. Rather, the purpose of the act, and the reason for construing such laws liberally, is to protect families from creditors' demands so that, notwithstanding outstanding debts, families can remain in their homes.

The Court further noted that “if HBH attempts to levy upon execution, [the homeowner] may appropriately seek judicial intervention at that point.” Left unaddressed by the Court is exactly what steps the homeowner might be required to take in order to convey clean title to a future seller as part of a future sale. Indeed, the Court’s decision makes clear that the purpose of the Act is to prevent homeowners from being forced out of their homes by creditors; the Act does not protect a homeowner’s ability to sell or refinance their property without additional cost or inconvenience resulting from a creditor’s lien.

In general, a homeowner is not in any danger of having to deal with a creditor as long as 1) he or his family retains the property as a primary residence; 2) his taxes are paid (federal, state and local taxes assessments are not defeated by the Homestead Act); and 3) the equity in the home remains under $500,000. Of course, it is easy to see how the $500,000 exemption, which seemed generous when the Legislature increased it from $300,000 in 2010, seems much smaller these days.

From 2020 to 2021, the median price of a single-family home in the metro Boston area increased by 9%, even while the number of active listings have shrunk by 8%. As of February 2021, the median price of a single-family home in Massachusetts was $445,000. As the average price of a home in Massachusetts approaches $500,000, it may be time for the Legislature to revisit the homestead protection limit. A failure by the legislature to increase the homestead protection beyond the current $500,000 limit is likely to result in an increasing number of homeowners being subject to forced sale due to debts.

About the Author: James M. Lynch is the managing partner at Lynch & Owens, located in Hingham, Massachusetts and East Sandwich, Massachusetts. He is also a mediator and conciliator at South Shore Divorce Mediation.