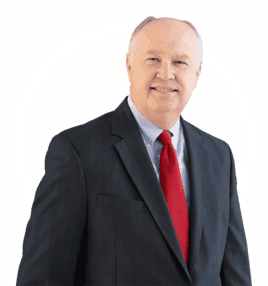 Attorney James M. Lynch reviews the different legal standards that can apply when modifying a 209A abuse protection order in Massachusetts.

A somewhat unusual case recently forced the Massachusetts Appeals Court to clarify the burden of proof in motions to modify existing 209A restraining orders. Abuse prevention orders entered pursuant to Ch. 209A protect individuals who are placed in fear of serious bodily harm by family members and dating partners.

Protections under 209A orders often include preventing a defendant from abusing or contacting the plaintiff (so called “no abuse” and “no contact” orders), requiring the defendant to stay 50 yards (or a similar distance) away from the plaintiff and his or her home, work or school, as well as prohibiting the defendant from possessing firearms. Following the entry of a 209A order, either party can ask the Court to modify the terms of the order.

In Cordelia C. v. Steven S.(2019), the Appeals Court clarified that the burden of proof for changing the terms of a 209A order at the request of a party “depends upon the status of the existing order, the nature of the modification sought, and, in some cases, whether the plaintiff or the defendant seeks the modification.”

The implications for individuals trying to modify 209A restraining orders are significant.

According to the factual summary of the Appeals Court, Cordelia C. involved a father and daughter who had filed mutual restraining orders against each other. The parties lived in the same building, however, so enforcing the orders became a problem. The father had owned the home, but the daughter bought the building by assuming the mortgage. According to the father, there had been an oral agreement that he could live in the basement apartment of the raised ranch, rent-free, for the rest of his life.

According to the Court, things soured, and the daughter tried to evict the father. While the eviction was never finalized, both father and daughter filed for and received 209A restraining orders that forbade the other from contacting or abusing each other. The orders also required each stay more than 25 yards away from the other.

Like all 209A orders, a date was set to review the order. In the case, the review hearing took place one year after the initial orders entered. At the one-year hearing, the father (who was in Florida) did not appear. Instead of merely extending the order, however, the court modified the order so that father was forced to vacate the apartment.

Appeals Court: No Evidence to Support Expansion of Abuse Order

Accordingly, the Court found that the 209A order should not have been modified to include an order vacating the father from the apartment at the review hearing. By failing to attend the hearing, the father waived his right to object to an extension of the original order, but the modification was not proper:

[B]y failing to attend the extension hearing, the father accepted that the order would be extended, and he forfeited any right to complain about the extension. On the other hand, he had no notice or reason to expect that the restrictions imposed by the extended order would be enlarged beyond those in the original order.

Important Clarifications to the Burden of Proof for 209A Modifications

In reaching this conclusion, the Appeals Court made some important points about what parties must prove to modify or extend 209A restraining orders.

The initial 209A motion for a restraining order sees the burden of proof at its simplest: The plaintiff has to prove by a preponderance of the evidence that he or she is experiencing an objectively reasonable fear of imminent serious bodily harm. In many cases, the plaintiff must meet this standard twice: first when obtaining an emergency or ex-parte 209A order, without the defendant present, and again at a hearing where the defendant is present to argue his or her case. After the 209A order enters, the statute requires the Court to review the hearing annually (although courts sometimes schedule review hearings in intervals of less than one year).

In order to extend the 209A order at the annual review date without any modifications, the plaintiff must show “by a preponderance of the evidence that an extension of the order is necessary to protect her from” abuse as defined under the statute. Notably, the mere fact that the defendant did not violate the order in the prior year is generally not grounds to deny the extension of the order. (After two annual extensions, the plaintiff may ask for the 209A order to be made permanent, but that is a subject for another blog.)

The various burdens of proof for modifying or terminating a 209A order are more complicated, however, with multiple standards applying, depending on the party seeking the change and nature of the change requested.

When the Defendant Seeks to Modify

If the defendant asks to modify or terminate a 209A order, the changes are almost always going to shrink the constraints of the 209A order. (It is rare for a defendant to ask the court to increase the 209A constraints, although this sometimes occurs when the parties have made an agreement as part of another court case, such as child custody agreement, that requires a modification in the 209A order. Effectuating such changes are generally best accomplished through a joint motion filed in the 209A case.)

In cases in which the defendant seeks to shrink or eliminate protections, he or she must show “by clear and convincing evidence” that the portions of the order being modified are not necessary to protect the plaintiff.

This heightened burden of proof for defendants in 209A modifications – the “clear and convincing evidence” standard requires stronger proof than the “preponderance of the evidence” standard – is because the plaintiff is relying on the 209A order for protection. Courts are wary of reducing those protections, and demand stronger evidence from a defendant who wants them lowered.

When the Plaintiff Seeks to Modify

When the plaintiff is asking for the modification, both options are common: The modification request can either raise or lower the requirements of the order.

If the plaintiff wants to reduce the protections in the 209A order or terminate the order completely, Section 5:08 of the Guidelines for Judicial Practice makes it clear that the court does not need to see any evidence in support of the motion, at all. If the plaintiff no longer feels threatened, reducing their protections is her/his call to make.

In Cordelia C., the Appeals Court held that the daughter failed to meet her burden of proving by a preponderance of the evidence that an expansion of the order was necessary to protect the daughter from abuse:

Nothing that was presented at either the extension hearing on November 6, 2017, or the motion to vacate hearing on November 14, 2017, supported the contention that the modification was warranted to protect the daughter from abuse by the father, rather than to accomplish her desire to evict him. Accordingly, the modification judge properly modified the extended order.

If a plaintiff intends to ask a court to modify a 209A order at the annual extension hearing, he or she will be best served by filing a motion requesting the change in advance of the review hearing. If the plaintiff fails to file such a motion, and the defendant does not attend the review hearing, any changes to the 209A order could be challenged by the defendant. Perhaps more importantly, many judges may read the Cordelia C. decision as cautioning against modifying 209A orders at all if the defendant is not present and did not receive notice of the proposed changes.