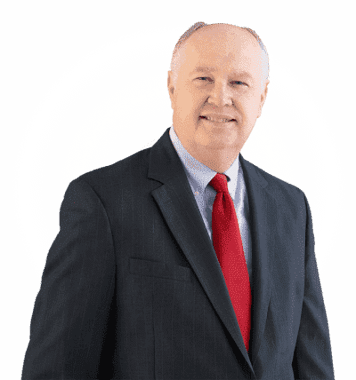 There is a growing trend in America today for more and more parents to steer their kids away from contact sports like football and hockey due to the potential risk of injury, and the facts presented in the recent Massachusetts Appeals Court case of Borella v. Renfro (2019) won’t do much to slow down that trend. In its decision, the Appeals Court took on the thorny issue of what separates permissible contact from reckless misconduct involving a high likelihood of substantial harm. Specifically, the case focuses on who can be held legally responsible – including opposing players, coaches, referees and facility owners – when an underaged player causes the personal injury of another player in a “contact sport” like hockey.

The plaintiff was a seventeen-year old Midget Division (17 to 19-year old) hockey player who a suffered a temporary loss of consciousness as result of a body check from an opposing player (the “defendant-player”). In the ensuing fight for the puck, the plaintiff suffered a wrist laceration from the opponent’s skate blade that resulted in the permanent partial loss of the plaintiff’s dominant hand.

The body check resulted in the assessment of a minor “boarding” penalty against the defendant-player. “Boarding” is defined as a hit from “the front or side in such a manner that causes the player to be thrown violently into the boards.” The punishment level for the offense lies within the discretion of the referee. The referee who assessed the penalty agreed with the defendant-player that the hit was shoulder to shoulder and called it a “clean hit”; hence, the assessment of the minor penalty rather than a major penalty or game misconduct penalty. The plaintiff himself called the wrist injury a “freak accident”. Nevertheless, the incident sparked a lawsuit on personal injury grounds.

The plaintiff filed suit in Middlesex Superior Court against the defendant-player, both referees, the opposing coaches and the rink where the game occurred. The defendants filed a motion for summary judgment. After an evidentiary hearing, the Superior Court judge, Hon. Christopher Barry-Smith, allowed the motion and the plaintiff appealed to the Appeals Court.

Apparently, there was no video of the incident. At the lower court hearing and the judge heard testimony from the eyewitnesses to the incident to form the basis of his summary judgment decision. From the published opinion, it is difficult to understand what exactly happened: the seemed plaintiff to get control of the puck near mid-rink and began skating towards the opposing goal. The defendant-player was behind him near the other goal and turned up-ice to catch up. When the defendant-player did catch up, the plaintiff was still near the boards (why he was not more towards the middle and away from the boards is not explained).

At that point, the defendant-player delivered the body check and propelled the plaintiff into the boards. The witness testimony cited in the opinion came from people associated with the plaintiff’s team and was at odds with that of the referee and defendant-player. Those accounts described the hit as “tremendous”, high speed, and from behind. According to NCAA rules, a hit from behind that sends the opponent into the side boards, end boards or goal cage is a “flagrant violation”.

When is a Player Legally Responsible for Causing Another Player’s Injury?

In affirming the lower court decision, the Appeals Court restated the long-standing principle guiding the examination of these types of cases in Massachusetts – i.e., that “participants in an athletic event owe a duty to other participants to refrain from reckless misconduct”. The question facing the Court was how that standard applies to ice hockey where checking is not only allowed but is “a fundamental aspect of the way the game is played”. The Court observed that the nature of hockey, by definition, involves “intentional conduct” on the part of the players that involves “a high degree of likelihood that substantial harm will result to another”, which, in turn, is the definition of reckless conduct in Massachusetts. Does that “intentional conduct”, applied to these facts, amount to actionable “reckless conduct”? The Appeals Court says no.

Interestingly, the Borella majority sought guidance for further defining reckless conduct from appellate courts in other states which define such behavior as “extreme misconduct outside the range of the ordinary activity inherent in the sport.” The Borella Court was careful to differentiate between liability for extreme misconduct and “foreclosing liability for conduct which, although it may amount to an infraction of the rules, is nevertheless an inherent and inevitable part of the sport.

To impose legal liability in cases that might involve internal sanctions (like game misconduct penalties) may deter participants “from vigorously engaging in activity that falls close to, but on the permissible side of, a prescribed rule.” The Borella Court went on to add that “[v]igorous and active participation in sporting events should not be chilled by the threat of litigation.” That observation encapsulates the fine line that the courts need to walk in these sporting event cases.

To be actionable, the Borella Court stated that “the recklessness must be broad enough to capture conduct that cannot be considered an inherent aspect of the sport being played.” Intentional misuse of a hockey stick – such as “butt-ending” during a game – might rise to that level but that was not the issue in Borella. In summarizing the summary judgment in favor of the defendant-player, the Appeals Court held:

[W]here, as here, the record is devoid of evidence from which a jury rationally could conclude that the [defendant-] player’s conduct is extreme misconduct outside the range of the ordinary activity inherent in the sport, there is no legal liability under the recklessness standard.

The Court found that in a contact sport like hockey, the behavior alleged in the plaintiff’s complaint did not meet the “extreme misconduct” standard required for a personal injury lawsuit.

Referee Liability: A Legal Duty to Make the Call?

As for the referees, who were paid $33.25 to officiate the game and who called multiple penalties on both sides during the game and cautioned both teams against verbal taunting, the Court found that there had been no prior conflict between the plaintiff and defendant-player, nor had any prior penalties been assessed against either player. Prior to the plaintiff’s injury, the referees had cautioned both teams against rough play and taunting, seemingly taking steps to maintain control over the game. On this record, there was no rational basis upon which a jury could conclude that more penalty calls would have affected the defendant-players conduct.

(The decision suggests that perhaps an official or team of officials who allow a game to get out of control by repeatedly failing to penalize extreme misconduct could face liability, at least in theory.)

Liability of Coaches: A Question of Recklessness

As for the coaches, whose duty of care is governed by the recklessness standard, summary judgment in their favor was also affirmed. The Court described the standard as follows:

[I]n order to impose liability on a coach for the conduct of a player, there must be, at the least, evidence of “specific information about [the] player suggesting a propensity to engage in violent conduct, or some warning that [the] player . . . appeared headed toward such conduct as the game progressed.”

The Court found that there was no specific information about the defendant-player that would suggest he was prone to violent behavior or a propensity to engage in violent conduct. Nor was there any evidence that the coaches condoned intentional violations of the rules.

The Court noted that even praising aggressive play of players committing fouls does not amount to reckless conduct absent truly egregious behavior. However, a coach found to have encouraged his or her players to intentionally injure an opponent could face liability, again, in theory.

[T]here is nothing in the record to suggest that (i) the referees missed any particular calls, (ii) any purported missed calls were caused by fatigue from officiating too many games, or (iii) there is any causal nexus between any missed calls and Lever's conduct and the injuries Borella sustained.

Allowing the referees to officiate too many games that day, failing to catalog prior injuries at the rink, misidentifying the sanctioning authority for the tournament and negligently scheduling teams of disparate skill levels in the tournament all fell short and summary judgment in favor of the rink defendants was upheld.

Lastly, it is important to note that the Borella court was divided 2 to 1, and the dissenting judge wrote a 16-page dissenting opinion, taking a spirited exception to the majority’s opinion. Citing the Massachusetts standard of review in summary judgment motions, – i.e., that the courts must review the evidence in the light most favorable to the plaintiff – the dissent clearly felt that the plaintiff had met that low standard of required proof so that a jury should decide the case and, furthermore, that a fair inference could be drawn from the record that the plaintiff had been hit from behind and that a jury could find such conduct to be reckless. Moreover, the dissent opined that, by looking to other states for a more refined definition of recklessness, the majority had altered the standard for liability for recklessness utilized by our Supreme Judicial Court.

The dissenting judge in the Borella Court has seemingly opened the door to further review of the majority’s holding by the SJC. So, this may not be over.

About the Author: James M. Lynch is a Personal Injury lawyer for Lynch & Owens, located in Hingham, Massachusetts and East Sandwich, Massachusetts.