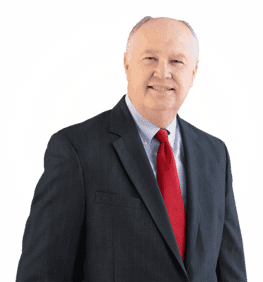 If you’ve been recently arrested for driving under the influence of alcohol in Massachusetts, your life – at least in the near future – is about to change. The seriousness of the punishment the court system metes out will depend on your age and driving history but, at a minimum, your method of transportation is about to be disrupted.

Perhaps no other laws have changed as frequently as the Massachusetts drunk driving laws over the past 45 years. The current Massachusetts drunk driving statute dealing just with the various offense levels (first, second offenses, etc.) is over 10,000 words long – a lot to wade through when your livelihood and, perhaps, your freedom hang in the balance. The synopsis below is a summary snapshot of what the Massachusetts drunk driving sentencing laws currently look like. In reviewing it, keep in mind that your particular outcome will depend on what happened in your offense. For example, if there was injury or death to others as a result of your offense, you are not eligible for the so-called “24D First Offenders Program”.

To Blow or Not to Blow: How Refusing the Breathalyzer Impacts Your Rights

The other variable affecting how the court system will treat you is the chemical testing component – i.e., did you submit to the breathalyzer or blood testing following your arrest? Most people don’t realize it but every driver, as a matter of law, is deemed to have consented to a breath or blood test when they applied for a Massachusetts driver’s license. You will not be forced to submit to chemical testing when you are arrested but your refusal to be tested will have serious consequences, starting with an automatic suspension of your driver’s license for 180 days. These consequences are further described in the summary below and they become steeper with each subsequent drunk driving offense.

Note that the synopsis below applies only to operators aged 21 and over.

G.Lc. 90 § 24. Driving while under influence of intoxicating liquor, etc.

As noted above, the Massachusetts drunk driving statute is a massive, densely packed word salad of complex legal terminology. Here’s a distilled version for your easy consumption (puns intended):

Imprisonment: Not more than 2 1/2 years House of Correction;

- License Suspension: 1 year (from and after suspension for chemical test refusal), hardship considered in 3 months.

- No hardship license eligibility until 3 months of the license suspension has been served.

- Continuance without a finding (of guilt).

- License suspended for 45-90 days (on and after chemical test refusal, if applicable).

Summary: For first time offenders over the age of 21 who choose to blow the breathalyzer, the first time offenders program offers the fast route to recovering their driver’s license, including a “hardship license” that can be become available in as little as one week. However, entering the first offenders program amounts to pleading “guilty”, thereafter subjecting the individual to stiff penalties if they face a second offense later in life.

- License Suspension: 2 years year (on and after suspension for chemical test refusal).

Also, the First Offender's Program is also available for second offenses that occurred more than 10 years prior to the new arrest.

Summary: Penalties are far more severe for second offense OUI/DWI’s in Massachusetts. Although there is some leniency for individuals whose first offense happened at least ten years prior, most second offenders are facing serious consequences including a 2-year license suspension, two years of probation, a wait of at least six months for a hardship license, inpatient substance abuse treatment and more. For many individuals facing their first arrest for OUI, the first offenders program provides a fast track for getting their lives back on track as quickly as possible. Because of the much more serious penalties for a second offense; however, second offenders must think more carefully about taking their case to trial to avoid a conviction.

- License Suspension: 8 years (from and after suspension for chemical test refusal, if applicable).

- Imprisonment: Not less than 2 years nor more than 2 ½ years (1 year Minimum Mandatory).

- Not less than 2 ½ years nor more than 5 years in state prison (Felony Status).

- License suspended for 10 years (from and after suspension for chemical test refusal, if applicable).

not more than 5 years in state prison (Felony Status).

- Forfeiture of your car to the Commonwealth without return payment.

Summary: Unsurprisingly, the penalties for third, fourth and fifth OUI offenses are increasingly severe and punitive in Massachusetts. Every individual who is charged with OUI/DUI in Massachusetts should consult with an attorney as soon as possible following their arrest.