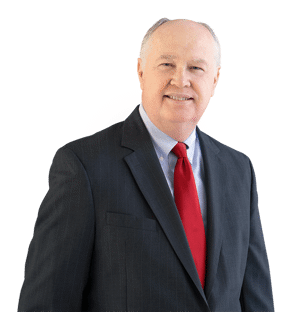 We are often asked by our clients who have been arrested for the first time about the availability of a “hardship license” after they have been arrested for operating under the influence. A Massachusetts hardship license is often referred to as a “Cinderella license” or a “restricted license” and permits a driver to operate a motor vehicle during identical 12 hour periods 7 days a week and is available to OUI first offenders who meet the Registry of Motor Vehicles (RMV) requirements that they demonstrate that they have a real hardship. Those requirements include (but are not limited to) a showing that the case has been disposed of by the Court, that the offender has completed or is currently enrolled in the first offenders driver alcohol education program authorized by G.L. c. 90, §24D (also known as the “24D program”), that the offender needs a hardship license for his/her job or school and that no alternative public transportation exists to meet those needs. Also, if there are any unrelated active suspensions (for example, habitual traffic offender), those will prohibit the issuance of a 24D hardship license.

The statute gives the RMV discretion to issue the hardship license and its issuance is not guaranteed but, assuming that the applicant can meet all of the RMV criteria for hardship, the 24D offender’s hardship application should be approved whether the suspension is for failing or refusing to take the breathalyzer test. This much is certain, however, the hardship license cannot issue unless the offender is enrolled in the 24D program and that can’t happen while the case is still open.

It is important keep in mind that an OUI conviction of a first offender who elects not to take the 24D program results in a one-year loss of license. So the incentives to take a 24D disposition include the reduced period of license suspension along with the eligibility to apply for and be granted a hardship license. The 24D program is offered to virtually all first time offenders. That is why a first time offender needs to have a clear plan mapped out before entering the initial plea at the arraignment, which takes place on the first business day after the arrest. If the defendant is a first offender and is not ready to deal with his/her options at that arraignment, the case will be continued for a period of time until the next court event in the process, possibly even a month or two. And any delay can be a significant amount of time when the defendant has had his license suspended for failing/or refusing to take the breathalyzer.

The suspension penalty for refusing to take the breathalyzer in Massachusetts is a 180-day loss of license, whereas the loss of license for a first offender who actually takes the test and fails is only a 30-day loss of license. Irrespective of which category first offenders fall under, by the time those offenders step to the bar for their arraignment, they should have decided whether they want to fight the case by way of trial or whether they want to plead out that very day to a disposition that includes assignment to the 24D program. Even though such a disposition will carry with it an additional loss of license for 45 to 90 days on top of the breathalyzer penalty, the 24D disposition makes the offender eligible for a hardship license which will be valid during the suspension periods. So if that offender knows that he/she is going to take the 24D program no matter what, then it makes eminent good sense to tender the plea at the arraignment. Moreover, the penalty for failing the breathalyzer (30 days) goes away with the tender of a plea to a 24D disposition if it occurs while that suspension is still in effect.

None of the above is meant to suggest that a first offender who was wrongly arrested should not fight and establish his/her innocence at trial. After all, a 24D disposition will be treated in the future as a prior offense even if the ultimate finding in the first offense was a continuance without a finding, so there is that trade-off. Rather, the above is only meant to convey the reality that there cannot be a hardship license so long as the case the case is pending in Court and while the case is pending the breathalyzer license suspensions will be enforced.