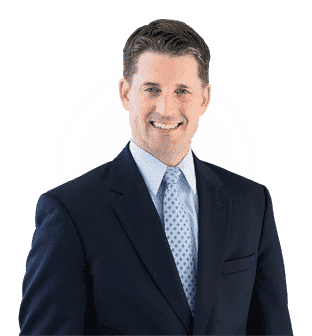 Massachusetts divorce attorney Jason V. Owens checks in on alimony reform, which has been stymied for two years in the Massachusetts Senate.

When last we checked in on the Alimony Re-Reform Act (ARRA), this June, reform advocates were feeling pleased about a recent Boston Globe editorial endorsing their position, but were increasingly nervous that Sen. William Brownsberger (D-Middlesex), Chair of the Senate Judiciary Committee would torpedo efforts to bring the bill to a vote in 2017. It seems the nervousness was warranted.

Brownsberger successfully stymied a vote on the H.740 before the end of the summer recess on July 31, 2017. Thus, for the second straight summer, alimony reform died without a vote in the Massachusetts State Senate. Brownsberger’s refusal to allow a vote was a bitter pill for activists who once saw their bill pass unanimously, in 156-0 vote before the Massachusetts House.

Even after two years of lobbying without a vote, reform advocates vowed that they would continue fighting for passage this fall. In an email to supporters, Stephen K. Hitner, President of Mass Alimony Reform, wrote the following:

Now that the Summer of 17 is over, I want to bring you up to date with the current situation concerning H 740. It is currently in limbo. This is due to the fact that the Legislature is concentrating on Criminal Law Reform. I do not expect any action on Alimony Issues until late fall, however the Judiciary must either move our Bill forward by February 10, 2018 or it will die in the process.

The good news is that Rep. Claire Cronin hosted a meeting this afternoon with the Alimony Reform Task Force Members to discuss the current status of H 740. At the meeting the Task Force Members and Rep Cronin discussed any possible issues and was educated by the Attorneys as to how well the ARA of 2011 was working and the need to pass H 740.

The Problem is in the Senate as there are a few well known Senators who continue to put road blocks in the way.

The Action Plan: We need everyone to contact their Senator to find out where they stand on the issue.

As we noted this spring, the reform bill is intended to close a loophole in the Massachusetts Alimony Reform Act of 2011 that was opened in 2015 by the Supreme Judicial Court, in a series of rulings that allowed so-called “lifetime alimony” to continue for divorces that entered before 2012. We described the bill as follows in our blog last spring:

Like its predecessors, H 740 would amend the Alimony Reform Act (ARA) of Massachusetts, passed in 2011, by retroactively applying those “ARA provisions calling for the reduction or termination of alimony when a payor reaches retirement age, or a recipient cohabitates with a new partner, applicable to all Massachusetts alimony orders, including those entered before 2012.” Because the bill would directly modify the ARA, supporters have dubbed the bill the Alimony Re-Reform Act (ARRA).

Despite ominously passing the House in 2016, and garnering significant support from individual Senators in 2017, the Senate leaders like Brownsberger have stubbornly resisted holding a vote before the full Senate.

Perhaps the biggest challenge faced by reform advocates is the simple passage of time. Six years have passed since the original Alimony Reform Act became law in 2011. More than a third of Massachusetts House and Senate seats have changed hands since that vote, and those remaining lawmakers who did vote for the original bill have moved on or changed their position. The number of Massachusetts voters affected by the lifetime alimony loophole have also dwindled, as many pre-2012 divorcees have quite literally died of old age while the Senate has delayed action on the bill.

With the 2018 legislative session starting in January, reform advocates will have until February 10, 2018 to try to force a vote in the Judiciary Committee. Advocates hope that if they can break free of Brownsberger’s Committee, that the bill may progress quickly given the broad support the ARRA has enjoyed outside of Brownsberger’s sphere.