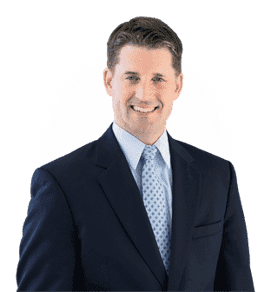 On January 30, 2015, the Massachusetts Supreme Judicial Court (SJC) announced their decisions in three cases that would radically change how judges had applied the ARA for the previous three years: Chin v. Merriot; Doktor v. Doktor; and Rodman v. Rodman. In these decisions, the SJC held that alimony could only be reduced or eliminated on the grounds of cohabitation or retirement age for alimony judgments entered after to the ARA’s effective date of March 1, 2012. The SJC’s decision did not acknowledge that Probate and Family Court judges had reduced or terminated thousands of pre-2012 alimony orders based on a plain reading of the ARA’s text in the three years prior to SJC’s decisions.

Effective March 1, 2012, the Alimony Reform Act was widely understood to provide for the termination of most alimony orders whenever a paying party reaches federal retirement age (currently 67). Similarly, the Act was broadly understood to provide that most alimony orders would terminate if the recipient began cohabiting with another person following the divorce. After the Act became law, Probate and Family Court judges throughout the state began aggressively terminating alimony orders in cases in which the payor had reached retirement age or the recipient was cohabiting with another. Few judges appeared to consider the possibility that the Act only applied to individuals divorced after March 1, 2012. (Indeed, the termination of alimony orders based on retirement age or cohabitation was so widespread that the state created a standardized form – available for download here – encouraging parties to seek termination on either grounds, regardless of the date they were divorced.)

Lifetime alimony can mean millions of dollars in payments.

In any event, we can say with some confidence that thousands of alimony orders originating with pre-Act divorces were terminated – erroneously, it now appears – in Massachusetts from 2012 and 2015. Today’s decisions, which effectively reverse more than two years of common practice across the state, are sure to leave parties, attorneys and judges asking: what now? (First thing’s first, any person whose alimony was improperly terminated in the last 2.5 years should consult with an attorney immediately about reinstating alimony, particularly if their alimony was terminated in the last year. Similarly, attorneys may have suggestions for payors who retired from active employment over the last 2.5 years on the mistaken belief that their alimony obligation had ended.)

All three decisions rely on the Court’s technical analysis of statutory and legislative intent to determine that only narrow slivers of the Act apply to pre-2012 divorces. However, none of the three decisions appear to acknowledge the near-universal retroactive application of the Act to pre-2012 divorces in Probate and Family Courts across the state since 2012. Nor do the three decisions appear to grapple with what recourse (if any) that individuals who were improperly deprived of alimony over the last two years might have. Nor did the SJC address the strikingly different treatment that Massachusetts residents will receive moving forward based solely on the date of their divorce.

Perhaps the legislature will amend the the Alimony Reform Act so that it provides the retroactive coverage that judges have been utilizing for years. Fair or unfair, an amendment would at least avoid the rush to the courthouse – and the two-tiered system of justice – that will otherwise result from today’s decisions.

UPDATE 1 (2/24/16): Readers interested in the fallout from the Chin/Rodman/Doctor decisions will also want to read Nicole K. Levy’s excellent blog, When Can I Modify an Alimony Judgment in Massachusetts?

UPDATE 1 (6/1/16): Readers of this blog should know that the Massachusetts legislature is inching towards correcting the Alimony Reform Act in reaction to the Chin/Rodman/Doctor decisions by making the act effective for all divorces – including pre-2012 divorces – through the Alimony Re-Reform Act.