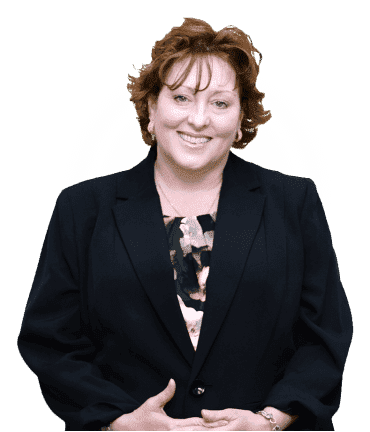 In a recent decision, the Massachusetts Appeals Court held that a Probate and Family Court judge properly awarded 50 percent of a husband’s pension to his ex-wife nearly 15 years after the parties divorced. The Appeals Court’s unpublished holding in Gexler v. Roberts rested on the fact that the parties’ separation agreement, which had been incorporated into the 2001 judgment of divorce nisi, made no mention of the parties’ retirement assets.

The court found approved the division of the former husband’s pension 14 years after the divorce was finalized because the court found that the division of the pension was neither contemplated during negotiations, nor litigated before the court at the time of the divorce. Under the circumstances, the Appeals Court held that the Probate and Family Court judge acted properly in awarding half of the husband’s pension to his ex-wife nearly a decade and a half after the divorce.

The decision is one of several in recent years that have seemingly eroded the long-standing rule that the division of marital assets is “final”, as part of a growing trend suggesting that an asset division can be modified after a judgment of divorce has entered in Massachusetts.

The parties signed a separation agreement that was expressly incorporated into a judgment of divorce nisi in January 2001. Although the agreement divided marital property comprised of the marital home, personal property, automobiles, and an escrow account holding proceeds from the husband’s worker’s compensation claim, it was silent as to any retirement assets of either the wife or the husband.

In 2014, the wife filed a complaint for property assignment of the husband’s pension under G.L. c. 208, §34. The husband responded by raising the affirmative defenses of laches, res judicata and collateral estoppel. In other words, he alleged the wife’s claim was barred because she waited too long to bring her cause of action, or in the alternative, because the claim or the issue had been previously litigated. The case was heard by Hon. Beth A. Crawford of the Franklin Probate and Family Court.

Following a trial during which both parties testified, the Probate and Family Court judge determined that the defense of laches was unavailable in a case seeking a post-divorce division of assets. The defense of laches is generally defined as “unreasonable delay in making an assertion or claim, such as asserting a right, claiming a privilege, or making an application for redress, which may result in refusal”. Thus, it seems clear that the mere passage of time between the original Judgment of Divorce and the filing of post-divorce action to divide an asset will not hinder the claim.

Judge Crawford also ruled that the husband failed to meet his burden of proof on the defenses of res judicata and collateral estoppel, “as the issue of [the husband’s] pension was not actually litigated.” In short, this means that the former husband failed to adequately raise res judicata or collateral estoppel – both defenses that would center on the “finality” of the original judgment of divorce – at trial. Issues not properly raised at trial cannot be raised on appeal as a matter of law. (As a legal blogger, I would have preferred for the Appeals Court to rule on both, but we can’t always get what we want.)

Ultimately, Judge Crawford issued a judgment in October 2015 directing that the husband’s UPS pension be divided equally, which the Appeals Court affirmed.

Chapter 208, §34 Allows Actions for Property Division to be Brought Any Time After Divorce

The Appeals Court in Gexler upheld the trial court’s denial of the husband’s claim of laches, deeming his reliance on this defense as “misplaced.” This left only one issue for the Appeals Court to analyze. Namely, whether the parties had either contemplated (during negotiations) or and actually litigated (before the court) the division of the husband’s pension at the time of the 2001 divorce. As noted by Attorney Owens in his 2015 blog, recent decisions by the Appeals Court show an increasingly willingness among Massachusetts courts to allow the post-divorce division of assets that were not divided at the time of the divorce:

Spilhaus significantly broadens the class of assets that can be divided after a divorce by suggesting that even if the parties knew about and discussed an asset during the mediation process, the asset could still be divided many years after the divorce if (a.) the asset was not specifically identified in the divorce agreement and (b.) there is evidence that the parties failed to divide the property due to a mistaken understanding of the asset’s value.

The same would be true in Gexler:

At issue here is whether the parties contemplated and actually litigated the division of Gexler’s pension. … If the issue of the pension had been litigated at the time of the divorce, then Gexler may have met his burden of establishing the facts to support these affirmative defenses. Indeed, a judgment of divorce is res judicata as to those issues that have been actually been litigated and determined. … Here it is undisputed that the agreement makes no mention of any pensions, and Gexler’s financial statement, filed at the time of the divorce hearing pursuant to rule 401 of Supplemental Rules of the Probate and Family Court, lists the hand-written word “NONE” under the § 10b heading for “pensions and other retirement plans.” (Citations omitted.)

Here, the Appeals Court ruled it was “undisputed” that the parties’ separation agreement contained no reference to any pensions. Moreover, on the husband’s Rue 401 financial statement filed with the court at the time of the divorce, the word “NONE” was hand-written under the section where pensions and other retirement plans are to be listed. The court noted that the trial judge found the husband’s testimony “contradictory and confusing” about the omission of the pension from the financial statement.

The wife, on the other hand, testified that she only found out about the husband’s pension years after the divorce, spurring her to file her complaint to divide the asset. The trial judge credited the wife’s testimony and did not credit the husband’s testimony. As credibility determinations are within the purview of the factfinder, the Appeals Court did not disturb the judge’s ruling on that issue.

Interestingly, although the pension was at least arguably concealed by the husband at the time of the divorce (by virtue of the omission of the pension on his financial statement), the Appeals Court declined to award attorney’s fees and costs to the wife. Thus, pursuing a post-divorce division of assets that was not addressed at the time of the divorce may very well be successful – but plaintiffs should be prepared to pay the legal fees and costs required to go after them.

Bottom Line: If Parties Fail to Identify Assets on their Financial Statements and/or Divorce Agreements, Issues Can Arise

Although post-divorce division of assets claims are rare, they often involve high-dollar assets that have undergone substantial gains since the divorce was finalized. These kind of low-probability, high-dollar events are the kinds of things that keep divorce attorneys up at night, since such issues often take years to discover, and come with a steep price tag if and when they arrive.

As Gexler makes clear, fifteen years is a very long time for evidence and memories to go stale – a reality that left the former husband vulnerable to post-divorce claim on his pension. Indeed, the husband in Gexler argued that the pension was part of the divorce negotiation, and that the wife had agreed to waive the pension in exchange for receiving a part of the husband’s workman’s comp claim. The only problem? The husband’s former attorney – whom the husband said would support these events – died in 2012:

Gexler contends that the parties agreed that Gexler would retain his pension in exchange for Roberts receiving a portion of his worker’s compensation settlement and that his attorney at the time could verify his claim. This attorney died in November of 2012, two years before this action was filed.

The lesson for attorneys and parties alike is to make sure that all assets are always disclosed on each party’s financial statement. Preferably, a final Separation Agreement should specifically and separately include language that divides every category of property disclosed on each party’s financial statement, so there is no confusion over where a particular asset was considered during the negotiation or litigation.