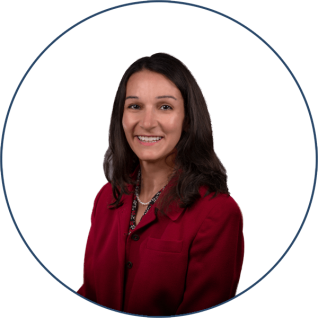 In our recent blog post, we discussed recent studies that showed how traffic-related fatalities had spiked in 2016. Some experts have said the sudden rise in fatal car accidents is the result of economic factors, like the price of gas and unemployment. However, many other experts think that the increase in fatal car crashes are likely overlook the role of distracted driving, and point to other factors as the real culprits, including seatbelt usage.

As detailed in our recent post, both the National Safety Council (NSC) and the National Highway Traffic Safety Administration (NHTSA) have issued studies that show 2016 was one of the worst years for driving in decades

Statistical risk provokes unpredictable reactions in people. As Attorney Levy recent blogged in the context of international travel with children, Americans often turn to media coverage – rather than statistics – when assigning how dangerous it is to travel to certain parts of the world. The media coverage of terror attacks in Europe, for example, are likely to carry more weight in the minds of American travelers than mundane statistics, like that France’s murder rate is less than a third of that in the United States. Or that a tropical disease or infection is far more likely to harm Americans abroad than terrorism.

Americans have many fears when it comes to international travel, some rational and some less so, but the basic reality is this: Americans of all ages are far more likely to be killed in an auto accident within the United States than by any cause abroad. And the risks we face on roads and highways is growing – dramatically. The question is: why?

Some experts have pointed to economic issues to explain the sudden increase in road fatalities. Norman Garrick, Carol Atkinson-Palombo, and Hamed Ahangari, of the University of Connecticut, argue that gas prices and unemployment are to blame. According to these researchers:

[T]raffic fatality rates in the U.S. have for decades been highly sensitive to fluctuations in gas prices and cyclical variations in macro-economic conditions like unemployment rates.

There is little question that on a very basic level, an increase in the number of cars and drivers means more accidents and fatalities. “In 2015, vehicle miles traveled (VMT) increased 3.5 percent over 2014, the largest increase in nearly 25 years,” according to NHTSA. However, this simple cause-and-effect argument overlooks a crucial aspect of the findings by the NHTSA and the NSC: It is not just the number of road deaths that are going up; death rates for drivers based on each mile driven have also increased sharply in the last two years.

The Importance of Distracted Driving, Speed, and Seatbelts

Both the NHTSA and the NSC found that per mile driven, the rate of car accident deaths is rapidly increasing in the United States. The NHTSA’s numbers show that the fatality rate per hundred million miles driven increased 12% between 2014 and 2016. Clearly, the increase in road fatalities cannot be explained by a simple increase in the amount of driving that Americans are doing.

The reality is far more disturbing: driving is rapidly becoming more dangerous for allAmerican drivers, whenever they get behind the wheel, regardless of how many miles they drive per week. Indeed, these statistics tell us that an American is 12% more likely to be killed during a one-mile drive to the supermarket in 2017 versus making the same trip in 2014.

The numbers tell us that the increase in road fatalities is not just a matter of more drivers on the road – drivers are getting worse, too. The obvious culprits have not really changed: speeding, driving under the influence, distracted driving and a lack of seatbelts are common factors in many traffic fatalities. What has changed is the number of bad decisions drivers are making. The increase in poor driving decisions puts other drivers in harm’s way, often leading to serious personal injuries.

The Role of Government in Reducing Traffic Fatalities

Like fire arms deaths, traffic fatalities seem to be an accepted risk in American life. Unlike terrorism, crime waves or even infectious diseases, the government cannot “declare war” on traffic fatalities. That does not mean the government is powerless to stop traffic deaths, however. States and municipalities control speed limits in their districts. For example, Boston recently reduced speed limits across the city in an effort to reduce pedestrian deaths. Some states, like New York, only allow cell phone uses in cars for drivers using hands-free device.

When faced with statistics like the recent jump in auto fatalities, government officials and the public often respond by asking: What is causing this negative trend, and what can we do to reverse the new change? This is often the wrong approach. In the context of traffic fatalities, the better question is this: what are the best ways to reduce vehicle fatalities in general? Even if distracted driving is the “new condition” leading to the spike in highway deaths, this does not mean that laws preventing drivers from using cell phones from driving are the best way to reduce fatalities. Indeed, states have a variety of proven options for reducing road deaths – like stronger seatbelt laws – that are proven winners for immediately reducing fatalities.

Although many states have taken to banning cell phones while driving, the effect of such laws on traffic fatalities remains unclear. Seat belt laws, on the other hand, provide a direct and immediate impact on auto accident fatalities – while causing far less inconvenience for busy drivers than cell phone bans.

As noted above, studies show that 50% of auto fatalities result from drivers and passengers failing to wear seatbelts. Because seat belts keep vehicle occupants inside the car during a crash, they are instrumental in preventing ejections that put people in the middle of a car accident where they can get seriously hurt. According to the Centers for Disease Control (CDC), the use of seat belts reduces serious injuries or fatalities in car accidents by approximately 50%, saving about 12,800 lives in 2014 alone.

People who live in states with secondary enforcement seat belt laws use their restraints far less than those who live in primary enforcement jurisdictions. While the national average seat belt usage was 88.5% in 2015, people in Massachusetts were only buckling up 74.1% of the time. This put our state 48th in the country for seatbelt usage, ahead of only neighboring New Hampshire, which has no seat belt law at all, and South Dakota.

Note to States: If You Aren’t Going to Prevent Highway Deaths, At Least Mandate Strong Insurance to Help Victims

The statistics above make clear that not every state makes reducing traffic fatalities a priority. If states won’t mitigate the causes of traffic deaths, however, they should at least take steps to limit the devastating effects of highway crashes on individuals and families. Arguably, the best way to do this is through increased mandatory insurance policies.

States vary widely in the amount of compulsory auto insurance they require drivers to purchase. For example, New Hampshire – where the state motto is “Live Free or Die” – doubles down on its lack of seat belts laws as the only state in the country in which car insurance is 100% voluntary. Mandatory coverage can generally be broken into three categories: bodily injury person, bodily injury per accident and property damage.

There are disparities in minimum coverage among the states. Most states require coverage levels between 25/50/25 and 25/50/10. Alaska and Maine require greater 50/100/25 coverage. After New Hampshire, Florida (0/0/10) and New Jersey (0/0/5) have the weakest coverage limits. Massachusetts is in the bottom half of the 50 states, requiring the 17th weakest coverage overall at 20/40/5.

When compared to the medical bills incurred by individuals following an auto accident, the minimum insurance requirements required by most states are almost laughably small. The picture is particularly unflattering in Massachusetts, which has the 5th highest per capita household income among the states, a weak seatbelt and distracted driving law (which bans only texting while driving) and worse than average increases in traffic fatalities over the last two years, Massachusetts is just the kind of state that should require drivers to chip in a little more for car insurance.

If a driver is found to be at fault for damages that exceed his or her insurance coverage, the driver can be sued personally. In many cases, however, a lack of minimal insurance simply results in accident victims receiving little or no financial support following an accident.