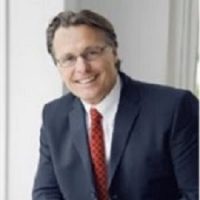 A rough divorce can cause considerable stress and trauma, leaving both the spouses scarred for years. Divorcing couples have too much on their plate and must split property, divide debts, and resolve custody issues. Additionally, to avoid tax problems with divorce, couples who have been filing taxes jointly must decide their respective tax obligations. This is especially important for couples who owe back taxes or face IRS and tax related problems at the time of the divorce. Determining who owes what helps avoid additional tax obligations.

Failure to apportion back taxes between the spouses can complicate things, often exacerbating the trauma experienced by both the parties. Divorcing couples must also understand how their tax debt will be considered, and the effect of separation on their tax filing status. In this post, we cover these two topics. Take a look.

Tax Debt is Treated Like any Other Debt in a Divorce

In most cases, joint tax debt owed by divorcing couples is considered like any other type of marital debt and will be included in the same category as outstanding credit card bills, mortgage balances, and other debts. If the divorce settlement or the state laws suggests that property and debt be divided equally among the separating couple, both the parties will also have to share the joint tax debt and must pay their share. However, in some cases, a party, to get a lion’s share in the property can argue to pay more taxes.

In most states, including Massachusetts, property and debt is equitably divided between divorcing couples. However, some states such as Alaska, Arizona, California, Idaho, Louisiana, Nevada, New Mexico, Texas, Washington and Wisconsin distinguish between properties and debts acquired before and during the marriage. In these states, properties and debts acquired during marriage are termed as community property (and divided equitably), while assets and debts acquired before marriage are considered the individual property of each spouse. While community property may be divided equally between divorcing couples in these states, each person is responsible to pay any individual debt he or she bought into the marriage.

In equitable division states, like Massachusetts, all assets and debts acquired at any time (including before the marriage) are considered marital, and therefore subject to division in a divorce. However, judges in equitable division states retain discretion to assign assets and debts in an unequal matter. For example, in Massachusetts, if spouses are only married for one year, a judge is unlikely to provide assign 50% of a wealthy spouse’s premarital assets or debts to the less wealthy spouse. Instead, the judge may assign 5% of wealthy spouse’s assets/debts – or even none at all.

Even if spouses are divorced following a long-term marriage (20+ years), there may be instances when a judge declines to assign 50% of a tax debt to one party. Indeed, if the debt is arising out of a joint tax return, there may be scenarios when a greater share of the tax liability will be assigned to one spouse versus the other. For example, if a family court judge may track the principles of the so-called “innocent spouse rule”, whereby the IRS will not hold a spouse responsible for tax liability when (a.) the liability arose out of the other spouse’s error and (b.) the innocent spouse had no reason to know about the error. (Note that the “innocent spouse rule” is a product of federal tax law; state judges presiding over a divorce need not follow the federal rule precisely, but may draw on similar principles when determining responsibility for the tax debt through the divorce.)

Another scenario in which a judge may disproportionately assign joint tax debt to one party in a state like Massachusetts is when one spouse’s ability earning capacity – and ability to pay a tax debt moving forward – far exceeds the other’s. This scenario is especially common in cases where the parties have little or assets to divide, a substantial joint tax debt, and there is a major disparity in earning power between the parties. In such cases, a judge may assign a greater share of the responsibility to pay to the higher-earning party. If one party’s actions created the tax debt without the other party’s knowledge, the responsible party may be ordered to pay a greater share.

Although most states do not distinguish between assets and debts in their asset division statutes, the reality is that courts must sometimes treat assets and debts differently in the divorce context. A marital debt represents an obligation to pay in the future. The principle of “equal division” sounds good on paper, but judges must consider whether a spouse will have the ability to pay his or her share of a marital debt in the future. In a state like Massachusetts, judges have broad discretion to disproportionately assign assets or debts in favor of one party based on more than a dozen statutory factors. Not every state gives judges such broad discretion when dividing debts, but in many cases, a judge will consider each party’s ability to pay when apportioning tax debts.

The IRS May Not Honor a Divorce Agreement

It is important to understand the limits of a judge’s authority to assign tax debt to one or both parties through a divorce. The judge’s authority extends only to the parties. A judge may order a husband to pay 100% of the marital tax debt, but this order does not affect the ability of the IRS or state tax authority to seek payment of the taxes from both parties. In other words, if the husband fails to pay the marital tax debt after the divorce, the wife may bring the husband to court for failure to comply with the divorce order. The husband’s non-compliance with the divorce judgment will not prevent the IRS or state tax collector from seeking back taxes from the wife.

Filing Taxes After Divorce: Massachusetts vs. Other States

Couples, whose divorce is not finalized by 31st December of the year will have to file taxes as married for that year. Filing a joint return can result in additional savings, which would mean more money for the couple to divide among themselves. However, a spouse who is apprehensive that the other person may try to fudge their return can chose to file separately. Couples filing jointly will be held jointly responsible for any return frauds, even if only one of them is the perpetrator. Additionally, the refund for one party can be used to pay for the other party’s outstanding payments such as taxes owed from an individual return and unpaid federal loans.

Of course, Massachusetts poses special opportunities and challenges for former spouses due to the state’s anachronistic “nisi period”, which holds that the marital status of divorcing couples continues to remain “married” for a 90-day or 120-day period after the initial “Judgment of Divorce Nisi” enters. In his blog on the Nisi period, Attorney Owens wrote:

Typically, the one and only issue that is affected by the 90-day “Nisi period” is marital status. Thus, if Judgment of Divorce Nisi enters on December 1, 2016, then all parts of the the separation agreement are effective and enforceable on December 1, 2016, and the parties will be effectively divorced, except for one, small thing: the parties’ marital status will not technically change to “divorced” for another 90 days.

This is addressed directly by the Massachusetts Department of Revenue (DOR) in Directive 89-3: Filing Status; Divorced, which states that our hypothetical parties continue to be “married” for tax purposes for the entire 90-day Nisi Period. Moreover, where marital status is purely a function of state law, the Internal Revenue Status will follow DOR’s position, meaning that federal tax filing status is also “married” for our hypothetical divorced spouses.

In practice, few individuals who are divorced after October 3rd in Massachusetts even seem aware of the Nisi period, and enforcement against divorced spouses who file as unmarried “individuals” in the affected year appears limited. Indeed, the practical impact of the Nisi rule in Massachusetts seems to be added flexibility for Massachusetts residents. Individuals divorced after October 3rd can take advantage of the Nisi rule by choosing to file joint taxes with their former spouse for 90 or 120 days after their divorce has been otherwise finalized. Meanwhile, those who to file individually despite the Nisi period seem to generally avoid penalties. (It goes without saying that anyone who chooses to file individually despite DOR Directive 89-3 is taking at least some risk.)

Tax problems with divorce can be confusing. Local and federal laws, and the parties’ situation can impact how the joint tax debt is divided. To avoid confusion and reach at an amicable settlement, both the parties must hire divorce attorneys who can negotiate the terms and conditions of the agreement on their client’s behalf.

About the Author: Patrick Walter is an experienced IRS lawyer, with extensive expertise in resolving IRS tax related problems. He works as an IRS tax lawyer with a law firm based in Dallas, TX.