If you are a father who never married your child’s mother, you have both have rights and obligations under Massachusetts law. Prior to determining the legal rights and responsibilities of each unmarried parent, however, a court must establish that an unmarried father is, in fact, a child’s biological father. This process, known as “establishing paternity”, can be done by a written agreement between parents or by a court of competent jurisdiction. Once paternity is established, the court has the authority to order child support, order one parent to provide health insurance, or make orders relative to custody and parenting time.

How to Establish Paternity without a Court Order

If you and your child’s other parent are not married, but both recognize the father’s paternity, a Voluntary Acknowledgment of Parentage form can be executed that avoids court involvement in determining paternity. This document establishes the legal rights and responsibilities of a biological father, as well as the mother, inasmuch as a mother’s rights are closely tied to those of a father. As discussed below, the execution of a Voluntary Acknowledgment of Parentage is an extremely serious decision. Massachusetts law only allows a parent 60 days to demand a paternity (DNA) test after an acknowledgment has been executed. (If there is a custody or child support hearing less than 60 days from the acknowledgment, then a party only has until the date of the hearing to rescind the acknowledgment or demand a DNA test.)

After 60 days, a party’s ability to rescind an acknowledgment of paternity narrows to only those cases in which the party can prove that he or she signed the acknowledgement as a result of fraud, duress or material mistake of fact. After one year, even these grounds for rescission become unavailable. Indeed, it cannot emphasized enough: once a year has expired, evendefinitive proof – for example, a DNA test proving another man is the child’s father – generally will not change the binding effect that a Voluntary Acknowledgment of Parentage has on both of the named parents. A named father who tries to escape child support after one year will generally fail, even if another man can be proven as the biological parent of a child. Likewise, a mother trying to end the named father’s custody or parenting time on the grounds that another man is the child’s true biological father will generally fail.

Does the Father’s Name Appear on the Birth Certificate Already?

What about Mistaken Identity? 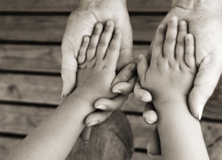 As noted above, timing is critical for cases of mistaken identity. If parties have already executed a Voluntary Acknowledgement of Paternity, but subsequently learn there may be a different father, parties can seek change the Acknowledgement through the court within a limited periods of time described above. The party must file a Complaint to Establish Paternity (naming the alternate father) with the court, as well as a motion specifically addressing the incorrectly named father. Time is of the essence. If parties exceed 60 days, it becomes much more difficult to change the paternity designation. If more than one year passes, the judgment establishing paternity will be considered final and close to impossible to change.

Going to Court to Establish Paternity

If a Voluntary Acknowledgement of Paternity has not been signed, parties seeking to establish parenting time or child support must file a Complaint to Establish Paternity with the Court. No one is obligated to execute an acknowledgment of paternity (hence the use of the word “voluntary”), and it may be that either parent refuses to sign due to (a.) a sincere disagreement over the child’s parentage or (b.) discomfort with the rights and obligations arising out of parentage. Regardless, without agreement on parentage, then the it is necessary to have the court intervene.

Married Parents: When the Husband is Not the Father

If a child is born during a marriage, or within 300 days after the marriage ended, Massachusetts law presumes that the husband is the biological father of the child. In these situations, a biological father (i.e. a father other than the husband) may be barred from filing to establish his paternity.

In such cases, the married parties must generally execute an Affidavit stating that the husband is not the child’s biological father. The husband becomes involved in the court process if he refuses to admit that the child is not biologically his. It should be noted that the biological father’s name will generally not be allowed on the birth certificate unless the Affidavit is signed by the husband, or, if he refuses to sign, until the court has established paternity. Cases of this nature are often complicated, and having qualified legal counsel is generally a good idea.

Determining Paternity: to Test or not to Test?

Paternity can be established with our without genetic marker testing. Unsurprisingly, a putative father cannot avoid being declared a child’s father by refusing to participate in testing. Absent a strong and persuasive reason for avoiding the test, a putative father’s refusal to submit to testing will generally be considered evidence of paternity.

Most Massachusetts courts will use a “genetic marker test” to determine the father of a child. All parties ordered to participate must do so, which usually include the mother, the father, and the child. The test can be performed via a blood test or check swab. The court will consider the results if a party requests the test and demonstrates why a particular person should be tested. One cannot merely walk into court and request that the judge order a genetic marker test on a random individual; the party seeking the test must explain under oath why a person or child should be subject to a test. Generally, alleging intercourse with the other party during the time frame of conception is sufficient to convince a judge that a test should be performed.

Other Ways to Determine Paternity

A judge can also decide who the father is without paternity tests; for example, when the putative father cannot be located or cannot or will not participate in testing. A judge will consider any and all relevant information in making this determination, including affidavits and sworn testimony if the other parent fails to appear or submit to testing.

Complaints for Custody, Visitation and Support Pursuant to Chapter 209C

In closing, it should be noted that over the last decade, many states began avoiding “paternity” and “children born out of wedlock” as words to describe every case involving the children of unmarried parents. Historically, children born out of wedlock have suffered from negative stereotypes. In Massachusetts, unmarried parents seeking to establish or enforce custody or child support – in cases where parentage has been established – can file what is known as a Complaint to Establish Custody-Support-Parenting Time. Such complaints are largely identical to Complaints to Establish Paternity, but use updated terminology (including the use of “parenting time” over the increasingly antiquated term, “visitation”) to describe the parents and children involved.