When does an allegation of domestic violence give rise to a defamation suit against the alleged victim? 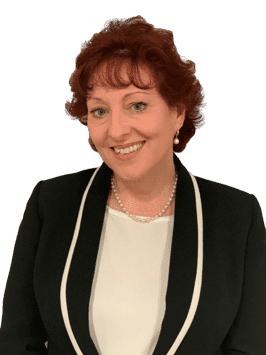 Actress Amber Heard agreed last month to pay ex-husband Johnny Depp $1 million to settle his libel lawsuit against her, ending their much-publicized court proceedings. In settling the case, Heard – who accused Depp of domestic abuse – noted that she was not admitting or conceding anything. Indeed, plenty of people often have uncharitable things to say about their ex-spouse. After a divorce, people sometimes have a different perspective on almost everything that’s happened since they met the person who would become their ex. Those they once considered friends now seem like traitors, and those who warned them about their ex’s shortcomings may be tempted to say, “I told you so.”

No matter how wronged you may feel, however, you have to be careful about what you say. Badmouthing your ex in public, especially online, is never a smart thing to do. Even if your ex-spouse is texting you nasty-grams, or saying terrible things about you to your children, you should not respond in kind. Taking the high road is always the preferred course of action. But legal remedies are available to people whose finances or reputations have been harmed by false statements made about them to others – including false statements made by their former spouse.

If your ex-spouse seems determined to assassinate your character or sabotage your personal and professional relationships, contact a Massachusetts divorce and family law attorney to discuss your options.

Can Divorcing Spouses Sue Each Other for Defamation?

The First Amendment protects the right of free speech, but it is not absolute. Government can restrict speech in a limited number of instances, including when the speaker intentionally causes harm. For example, it is possible to be criminally charged for making threats or intimidating a witness, even in the absence of physical violence. More often, though, legal disputes over harmful speech play out in civil court.

Defamation is one type of communication that is not protected by the First Amendment. (Libel is defamatory written speech; slander is defamatory verbal speech.) Defamation is a false statement of fact to a third party that injures another’s reputation. Someone who suffers harm – financial or otherwise – as a result of defamatory speech can sue the person who defamed them and seek compensatory and punitive damages. Whether the plaintiff can win in court, however, often depends on their status. Most people only have to show that the defendant was negligent (i.e., careless) in making the defamatory statement. Public officials and public figures, on the other hand, have to show “actual malice,” which the US Supreme Court has defined as knowledge of falsity or reckless disregard for the truth. (It does not mean that the defendant acted with deliberate ill will.)

Last year’s defamation lawsuit between Depp and Heard received a lot of attention. While both parties originally requested exorbitant sums in damages, the jury ultimately awarded Depp $10 million in compensatory damages and $5 million in punitive damages (which was later reduced to $350,000 under Virginia law.) The jury also awarded Heard $2 million in compensatory damages stemming from one defamatory statement by Depp’s lawyer attributable to Depp.

The law allows you to sue anyone for defamation if you have evidence that they defamed you, even if that person is your former spouse. In most divorce cases, though, defamation lawsuits are not an effective way to protect yourself from harm resulting from false statements that your ex-spouse makes about you.

How Can the Litigation Privilege Apply to Defamation?

In any lawsuit, including a contested divorce, both parties make and respond to claims, and the court decides which party’s version of events is more credible. In other words, it is almost inevitable that the parties will say things about each other with the intention of making each other look bad. Some of these statements may fit the definition of defamation if they were made outside the context of a lawsuit. Without allegations that require evaluation, though, it would not be possible for the courts to decide lawsuits. Therefore, making inaccurate statements about the opposing party in a lawsuit in order to strengthen your case is not defamation; it just means that you lose your case when the judge and jury find out the truth. You can’t then sue over the statements because they are shielded by the so-called litigation privilege.

It may be infuriating when your ex-spouse tells a judge that you refused to return to the workforce after the birth of your children, when in fact you applied for many jobs but were unable to find affordable childcare, but it is not defamation. If your ex-spouse said this to a potential employer who then refused to hire you, however, it could very well be defamation.

Are Allegations of Domestic Violence Defamation?

What if your ex posts a comment to a news story about a domestic violence victim who was murdered, saying “That could have been me”? Is that defamation? Most likely a court would say no. Such a comment could reasonably be interpreted as an opinion, not a fact. As a rule, pure opinions cannot be defamatory.

Is a Defamation Suit an Effective Strategy in Domestic Relations Cases?

Divorce cases can turn really ugly really fast. If you made a cutting comment or threatening gesture to your spouse, even years before your divorce, the court may very well hear about it. Unfortunately, when custody, parenting time or money is at stake, some people will say almost anything to make themselves look better – and you look worse – in front of the judge. But filing a defamation suit against your ex is usually not the answer.

Yes, it is painful when your ex-spouse bad-mouths you in court, and if not for the litigation privilege such speech might fit the legal definition of defamation. Most of the time, however, it is best to focus on the issues in your case. For example, one of the factors that family courts consider when deciding custody is how well each parent fosters the child’s relationship with the other parent. Making your best effort to protect your kids from conflict does not go unnoticed by the judge. As the saying goes, the nice thing about taking the high road is there’s less traffic.

About the Author: Kimberley Keyes is a Partner and Senior Divorce Attorney for Lynch & Owens, located in Hingham, Massachusetts and East Sandwich, Massachusetts. She is also a mediator for South Shore Divorce Mediation.