Cyberbullying and Snooping During Divorce: Improving Your Electronic Hygiene

We review ways to harden your defenses against cyber snooping and electronic bullying during a divorce. 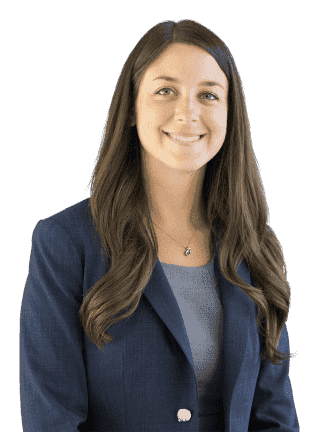 In Massachusetts divorce and child custody cases, cyberbullying and digital spying is unfortunately common. Indeed, given the proliferation of cyber spying technology and the sheer ubiquity of social media and hand-held devices, it is almost inevitable that cybersecurity and cyberbullying will arise in divorce and custody cases. However, the vulnerability of individuals to electronic surveillance is often a function of digital hygiene, which is itself a function of the individual’s willingness to take basic steps to protect themselves from digital security threats.

In managing these issues, it is important to know and understand the definitions of cyberbullying and digital spying, as well as being familiar with the methods of avoiding and stopping cyberbullying and snooping during litigation.

What is Cyberbullying and How Does it Impact Family Law Cases?

Cyberbullying can range from mild expressions of anger to dangerous criminal activity. As discussed here, in extreme cases, cyberbullying can be deemed a violation of constitutional rights, constitute stalking, and/or criminal harassment. In the context of family law litigation, cyberbullying often targets one party’s reputation. Cyberbullies may use embarrassing information from the divorce proceedings – or simply make up their own embarrassing facts – to make the opponent feel as if his or her world is in crisis. In child custody cases, cyberbullying can take even darker forms, including spreading misinformation about the other party’s parenting abilities (or alleged lack thereof), or even directly targeting children’s – whose online lives are often difficult for parents to monitor.

Examples of how cyberbullying can play out in a divorce or child custody case could include:

It is possible that the goal of the party engaging in cyberbullying in the litigation context has a discrete goal of pressuring the other party to execute an agreement, temporary or final, or achieving some other concession from the spouse who is the victim of the cyberbullying. In many cases, however, cyberbullying is used a form of extreme gaslighting, in which the cyberbully’s main goal is to make the victim feel stress, anxiety, confusion and chaos. This behavior often fits into a larger pattern of legal abuse, in which the abuser seeks to mentally and financially exhaust the opponent into submission. Whatever the intention, cyberbullying is never viewed positively by the Probate and Family Court. In a best-case scenario, cyberbullies are viewed negatively by the judge; in the worst cases, behavior that is seen as coercive, can invalidate agreements reached by the parties, generate sanctions and lead to the loss of parenting time and custodial rights.

How Can Divorcing Spouses and Separated Parents Combat Cyberbullying?

It is important for cyberbullying targets to understand their rights and remedies, which can vary based on the type of conduct they face. Some forms of cyberbullying, including illegal eavesdropping (i.e. audio recording without consent), identify theft, or illegally accessing an individual’s online accounts, carry criminal penalties, which Attorney Miraglia reviewed in her blog on digital spying.

Other forms of cyberbullying can cross the line into criminal harassment or stalking, if the conduct is sufficiently outrageous or causes fear of bodily harm. Similar behaviors can also result in the issuance of a harassment protection order or 209A abuse prevent order, particularly if the victim is placed in fear of bodily harm. As a remedy, the Court may order the following:

Misconduct that falls short of these remedies may still justify a civil suit for defamation, slander or invasion of privacy. For parties engaged in open divorce or child custody proceedings, however, it may not be necessary to seek action in another court. If one party is engaging in cyberbullying, such behavior can be brought to the attention of the Probate and Family Court. Judges may provide immediate relief in response to a party’s motion, while also considering the misconduct the larger divorce and custody issues. For example, a judges often consider how child's welfare is impacted by a parent's physical, mental, moral or emotional health. Cyberbullying can be seen as evidence of a parent's poor mental, emotional and moral health, such as in Schechter v. Schechter, which involved physical bullying.

The biggest hurdle often faced by victims of cyberbullying is evidentiary. In other words, can the victim prove that the bullying was performed by a specific person? The modern internet is full of tools that enable trolls and bullies to harass victims anonymously. In the criminal context, it is often necessary to draw a direct line between the harasser and an anonymous online persona. In the civil context, which includes divorce and child custody cases, as well as the issuance of harassment and abuse prevent orders, parties are more likely to convince a judge that anonymous harasser was a specific individual based on the content and style of the messages.

Some steps that can be taken by a victim of bullying are outlined below. It is important to emphasize that safety is a priority, and that engaging in self-help can be risky. Speaking with an attorney, advocate or law enforcement is an important first step. Meanwhile, victims may consider:

One of the most important pieces of advice is this: document everything. Keep track of dates, messages, and any threats; make note of any suspicious activity, log in attempts, or other red flags. It is important to not rely on your “inbox” or social media account to save evidence of harassment for you. Victims should take multiple screenshots of evidence, copy and paste harassing content into Word documents, print hard copies, and take other steps to preserve evidence. Most importantly, save everything securely. If this person is accessing accounts, they can delete information that saved information. Meanwhile, social media companies may delete harassing content without your permissions. Finally, you might simply lose your phone.

Diligently saving evidence, then organizing the saved evidence by date, is crucially important for victims seeking to stop and/or punish cyberbullying.

What is Good Electronic Hygiene in a Divorce or Child Custody Case?

One common method of cyberbullying is cyber snooping or digital spying. This occurs when the perpetrator uses usernames and passwords to gain access to the victim's social media and internet accounts. This can lead to the perpetrator gaining information they should not have, sending angry, embarrassing, or vicious emails to the victim’s personal or professional contacts. Worse still, accounts can be destroyed and “held hostage” until the victim agrees to sign a settlement agreement or stop seeking something, such as custody. Further, gaining access to your internet, email and social media accounts allows for snooping which can provide the other person with information that can be used in the Probate and Family Court.

In the divorce or family law context, digital spying is often highly preventable. Most digital spies in this context are not master computer hackers. Rather, perpetrators rely on their knowledge of their former spouse’s usernames, passwords, or security questions to access the victim’s account. Accordingly, individuals engage in custody or divorce litigation, should immediately engage in electronic hygiene, also called digital hygiene. All accounts and passwords should be secure and protected. During a relationship, many people will tell the other their usernames and passcodes (worse yet, many people use the same passwords for multiple accounts – the digital hygiene equivalent of not showering for a month.) Even if an individual has not shared their passwords, their passwords can often be changed using security questions – e.g. what is your mother’s maiden name or where did you go to high school? – that a former spouse or partner is a strong position to guess.

Here are some immediate steps to take: