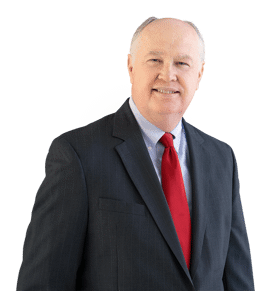 Trial lawyers in every area of law have a joke they like to tell:

Question: Do you know what the legal industry calls emails, text messages and social media?

Never has this advice, posed as a question, been more applicable than in the recent controversies involving New England Patriots wide receiver Antonio Brown. The ongoing Brown saga presents a vivid reminder of why trial lawyers ask that question of their clients during initial client interviews in anticipation of filing a lawsuit or defending one.

New Text Messages from Brown the Last Straw for Patriots

Brown was named in a Florida sexual assault/rape lawsuit filed on September 10, 2019 by his former personal trainer. Instead of settling with the complainant in exchange for a non-disclosure agreement, Brown allowed the matter to leach into the public bloodstream in the form of a lawsuit – one which he had ample notice would be filed.

Front and center in the body of the complaint are alleged text messages from Brown to the complainant. To say that they reflect poorly on Brown would be a colossal understatement. The messages paint Brown as a vulgar misogynist and the complaint has unleashed a firestorm of criticism directed not only at Brown, but also the Patriots and the National Football League. The NFL began conducting an investigation shortly after that story broke.

Within 6 days of the Florida lawsuit filing, a new accuser stepped forward. The woman was an artist hired to paint a mural in Brown’s Pennsylvania home in 2017. The woman told Sports Illustrated (SI) that, while she was working in Brown’s home, he made unwanted and sexually inappropriate advances towards her. Despite the new revelations, Brown survived the storm, even managing a productive debut against the Dolphins a few days after the SI story broke.

Brown’s good fortune didn’t last. On September 18, 2019, Brown is alleged to have sent out a group-text that included the woman and Brown’s attorney. The text described the woman as a “super broke girl” and asked one of the text recipients, “Eric B” to “look up her background history”. According to SI, Brown then sent a screenshot of a social media photo she had posted showing the faces of the woman’s children, and then referred to “those her kids . . . she’s awful broke clearly.” The following evening, the woman’s lawyer sent the texts to the NFL demanding action for what she terms as conduct “intimidating and threatening to our client, in violation of the NFL Personal Conduct Policy.”

AB’s September 18, 2019 text message was national news within 24 hours of him (allegedly) hitting “send”. And by, Friday afternoon, September 20, 2019, Antonio Brown was sleeping with the fishes, as the Patriots tossed him overboard by releasing him outright.

In the end, Brown’s texts only served to corroborate the allegations leveled against him. The real-world consequences for him were swift and steady, starting with his endorsement sponsors dropping him one by one. The lesson of Antonio Brown represents the extreme example of why litigants and potential litigants need to be careful about what they post on social media, or what they write in emails and text messages. Surprisingly, ordinary laymen seem to give very little thought to the long-term consequences that these electronic messages carry before putting them out there for the world to see. Once they hit the send button, they have surrendered all control over who sees what they have written. Most of the time, it doesn’t come back to haunt them and they think less and less about the content of the messages they put out as time goes on.

Most people are not litigants today and never stop to consider that they might be litigants in some legal matter someday and that their posts and messages, which might seem innocent today, may someday be very important to adversary litigants who will not hesitate to use them against them.

Our firm’s simple advice to our clients is, “Never put anything in a text, an email or on social media that you wouldn’t be embarrassed to have a judge or a jury read. Ever.”