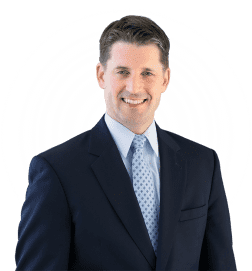 Attorney Jason V. Owens reviews how courts review prenuptial agreements that were entered in different state in a divorce.

The law of marriage and divorce differs from state to state. In the divorce context, some states only divide assets that spouses acquire during a marriage, while other states, like Massachusetts, will divide all property held by either spouse, regardless of when it was acquired. In Rhode Island, child support stops when a child turns 18 or graduates from college. In Massachusetts, child support can continue until a child turns 23. The point is, divorce laws differ widely from state to state.

In the recent unpublished Appeals Court decision in Marshall v. Marshall (2019), the parties executed a prenuptial agreement in Pennsylvania at the time of the marriage before eventually moving to Massachusetts, where they were divorced. When evaluating the effect of the prenup in the divorce, the Massachusetts court noted that “the parties entered into an antenuptial agreement (agreement), governed by Pennsylvania law, designating which property would be subject to equitable distribution in the event of a divorce”.

In Marshall, the Massachusetts court examined a provision of the Pennsylvania asset division statute that does not exist in Massachusetts law:

The agreement's language carves out an exception to the general rule under Pennsylvania law that any appreciation of assets (both separate and marital) during the marriage shall constitute marital property subject to equitable distribution. See 23 Pa. Cons. Stat. §3501 (definition of marital property includes "the increase in value of any nonmarital property").

The Court carefully examined the language of the agreement to determine that property that the prenup did not designate as falling under the “exception to the general rule under Pennsylvania” was marital property – at least insofar as that property had appreciated in value during the marriage – and found that this property was subject to division. Where the Massachusetts property statute does not specifically define marital property to include “any increase in value of any nonmarital property”, the Court’s decision on this issue may have been different if the prenuptial agreement was originally prepared in Massachusetts.

Choice of Law in Prenuptial Agreement Enforcement: An Ambiguous Question

A more complex question centers on “choice of law”, which has less to do with interpreting the specific terms within the agreement than the larger legal framework in which the court analyzes the prenup. As discussed on our Prenuptial Agreements service page, Massachusetts uses a “two-look” test to determine the enforceability of prenuptial agreements:

However, not every state employs a “two-look” analysis. For example, unlike Massachusetts, Rhode Island law provides for the enforcement of prenuptial agreements that were “unconscionable” (i.e. not “fair and reasonable”) at the time the agreement was executed. Thus, an agreement that might not survive the “first look” in the Massachusetts analysis may still be enforceable in Rhode Island. Rhode Island law is also less stringent when it comes to the “second look”; in Rhode Island, a prenuptial agreement will only be invalidated if the entry into the agreement was “involuntary” by one party and unconscionable at the time of the divorce and there was an incomplete financial disclosure.

Most attorneys will include a “choice of law” provision when preparing a prenuptial agreement, such that many prenups that are executed in Rhode Island may include language that states that in the event of a conflict of law, the agreement shall be interpreted under Rhode Island law. However, states are not required to enforce a “choice if law” provision if outcome would prove too unfair in the deciding state.

In truth, as of the time of writing this blog, Massachusetts law is simply unclear when it comes to “choice of law” issues involving prenuptial agreements. While a Massachusetts court will use another state’s law to determine the meaning of the specific provisions – i.e. the “intent of the parties” when they made the agreement – the court may choose not to enforce a foreign prenuptial agreement that fails the “two-look” test, even if the agreement would have passed the enforceability test used in the original state.

It can be difficult for newlyweds to imagine where life may take a couple over ten or twenty of years of marriage. New spouses might imagine they will spend their entire marriage in one state, only to move halfway through the marriage. Because divorce law is determined on a state-by-state basis, it is impossible to know with absolute certainty whether a prenuptial agreement executed 20 years ago will still be enforceable at the time of divorce. (Indeed, this is somewhat true even if the party’s never leave the original state.)

Despite this uncertainty, there are certain common sense steps that individuals can follow to help ensure their prenuptial agreement is enforceable across multiple states. Here are a few: