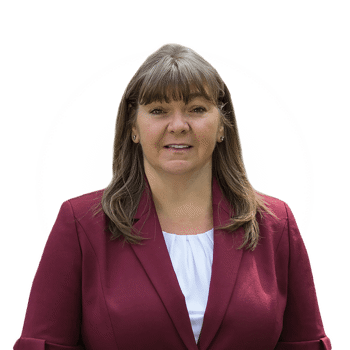 In a divorce case that involves spouses who have had children together, child support will typically be one of the issues that needs to be resolved. After all, the children still need to be cared for even after divorce, and it would be unfair to put all of the financial strain, time, and effort onto only one parent after the separation.

However, things become complicated if both child support and alimony are involved in a divorce case because, under the Alimony Reform Act (ARA), alimony can be a hidden factor in child support orders. The difference between making payments that are technically alimony and child support is not just a matter of semantics – there are significant tax differences between these forms of support. To alleviate some of these issues, a third type of post-divorce financial support, unallocated support, has been used by Massachusetts courts. Unallocated support is now gaining more attention after the new 2017 Massachusetts Child Support Guidelines put more emphasis on their use.

Here is what you need to know.

From a tax perspective, paying alimony is clearly preferable over paying child support.

How Unallocated Support in Massachusetts is Taxed

From a tax perspective, unallocated family support is probably best described as a form of alimony that includes both spousal maintenance and child support. In essence, a former spouse who receives unallocated spousal support at a sufficiently high level simply opts out of child support. In other words, unallocated support amounts to a type of alimony that is not specifically allocated to either the spouse or the children, but can be used for either purpose. Like alimony, unallocated support constitutes taxable income to the party receiving the payments, and is tax deductible to the paying spouse.

How Substituting Unallocated Support For Child Support Helps Both Parties

Now let’s look at the spouse’s income if he or she pays unallocated support of $50,000 per year. The first thing to recognize is that paying $50,000 per year in unallocated support provides a tax deduction that drops the spouse a tax bracket. With only $150,000 in taxable income, the tax rate drops from 33% of his or her taxable income to 28%. Moreover, that 28% tax rate is not applied to the spouse’s $200,000 in real world earnings, but is instead applied to his or her taxable earnings of $150,000. The resulting calculation looks like this:

In short, the paying party increased his or her after tax income by $5,000 that year by paying $53,000 in unallocated support compared to paying $40,000 in child support.

But what about the party receiving the support? This analysis here is easier. Assuming the recipient does not work, he or she will pay no taxes for receiving $35,000 in child support. If the recipient receives $54,000 in unallocated support, he or she falls in the 25% tax bracket, meaning he or she pays $13,500 in federal taxes and retains $40,500 after taxes. Thus, the recipient has increased his or her after tax support from $35,000 to $40,500.

In short in the example above, the paying party and the recipient each receive an extra $5,000 apiece by using unallocated support instead of child support. Even without factoring in state income taxes and other exemptions/deductions, we can see that unallocated support presents advantages for both parties in this example.

The absence of coordination between the Alimony Reform Act and the Child Support Guidelines has led to unpredictability and inconsistency in support orders.

Because the child support amount varies from 11 to 22 percent of gross income, and the alimony rate varies between 30 and 35 percent, whether the child support order is determined before or after the alimony order or made part of an unallocated order can make a significant and critical difference.

There is no standard approach by Probate & Family Court judges, and, indeed, individual judges change their approach from case to case depending on the facts of the case.

Because alimony orders tend to be so much more generous than child support orders in Massachusetts, it often makes sense for courts to issue a single order for unallocated support that includes both alimony and child support. This is particularly true in cases when a child support order calculated under the Child Support Guidelines would be substantially less than an alimony order calculated under the Alimony Reform Act. Forcing a recipient to accept an inferior child support order in such case amounts to a perversion of justice, in which a party is effectively punished for having children when compared to a similarly situated former spouse without children.

There is another way that parents with children are frequently punished in comparison to childless parents. As we previously noted, the 2017 Child Support Guidelines left in place the limit on child support when parents’ combined income exceeds $250,000 per year:

In our view, one of the biggest questions with the 2017 Guidelines focused on whether the state would increase the Guidelines beyond the current limit of $250,000 of combined annual income. The result of the “cap” at $250,000 per year in income is simply this: while child support parents earning under $100,000 are routinely required to pay child support exceeding 25% of their after-tax income, wealthy non-custodial parents earning $350,000 or more per year are often required to pay a far smaller share of their income for their children (frequently as little as 5% of their after-tax income). Section II(C) of the new Guidelines leaves the $250,000 cap in place.

In many divorce cases in which the spouses’ have combined income exceeding $250,000 per year, Massachusetts judges take the laziest possible approach: judges apply the Child Support Guidelines to the first $250,000 in combined gross income while applying the Alimony Formula to the income exceeding $250,000. Why is this lazy? Because the Child Support Guidelines often pay much less for the first $250,000 in income compared to the Alimony Formula.

Here is an example: if a custodial parent has no earnings, and the non-custodial parent earns $250,000 per year, the Child Support Guidelines generate a child support order of $772.00 per week, or 16% of the paying party’s gross income. Meanwhile, the Alimony Formula provides that a former spouse without children may receive as much as 35% of the paying party’s gross income. Even after accounting for taxes, the Alimony Formula is much, much more generous than the Child Support Guidelines when calculating support for the first $250,000 in gross income.

Unallocated support provides a way around the support shortfall in cases where alimony will clearly be more generous than child support under the Guidelines.

These guidelines do not preclude the Court from deciding that any support order be designated in whole or in part as alimony or unallocated support without it being deemed a deviation, provided that the tax consequences are considered in determining the support order and the after-tax support received by the recipient is not diminished. The parties have the responsibility to present to the Court the tax consequences of proposed orders.

In its comments, the Task Force included the following criticism of the Massachusetts legislature and appellate courts for failing to clarify the relationship between alimony and child support in the four years since the last Child Support Task Force completed its review:

The Task Force discussed the challenges related to the tax consequences of unallocated support. The Task Force recommended that the Court, especially in cases involving parties with disparate levels of income, consider an unallocated support order. By designating some, or all, of a payor’s support obligation as tax-deductible to the payor and a taxable payment to the recipient, a significant tax benefit may be achieved. ….

The relationship between alimony and child support remained an issue during this review as it was during the 2012 review. When issuing an alimony order, “the court shall exclude from its income calculation gross income which the court has already considered for setting a child support order.” G. L. c. 208, § 53 (c) (2). However, the converse is not stated in the statute.

Since the 2012 review and report, the Massachusetts appellate courts have not issued any decisions on point, nor has there been a statutory change. The Task Force discussed this conundrum and determined that, despite the desire to provide more instruction, no changes to this section were recommended at this time. The Task Force recommended that this issue be reviewed again during the next quadrennial review.

Will Massachusetts Probate and Family Court judges follow the Task Force’s recommendations? It remains to be seen.