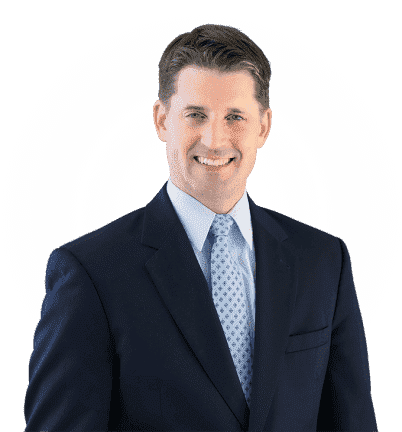 Following the passage the Tax Cuts and Jobs Act by House and Senate Republicans, divorce practitioners are slowly realizing that the bill will dramatically impact a pillar of divorce across the United States: tax-deductible alimony. Under the new tax bill, newly divorcing spouses have until December 31, 2018 to enter an agreement that includes tax-deductible alimony. For divorces entering after that date, alimony paid will not be tax deductible.

Section 11051 of the bill provides for the elimination of the alimony tax deduction. In general, Section 11051 jumps around the Internal Revenue Code (IRC), starting with 26 U.S. Code § 71, before jumping to other sections to of the Code to amend and replace alimony-related provisions. It will take time for tax professionals and attorneys to review each and every snippet of tax code amended, repealed or replaced by Section 11051. In the interim, we can rely on CNN Money’s review of the changes for the bottom line:

If the tax bill becomes law, the alimony deduction repeal would affect divorces carried out after December 31, 2018. The new rule wouldn’t affect anyone already paying alimony.

Timing is Everything: When Does Tax-Deductible Alimony End?

For divorce practitioners, the first concern is the timing of the bill. Page 100 of the bill provides as follows:

EFFECTIVE DATE.—The amendments made by this section shall apply to—

(1) any divorce or separation instrument (as defined in section 71(b)(2) of the Internal Revenue Code of 1986 as in effect before the date of the enactment of this Act) executed after December 31, 2018, and

(2) any divorce or separation instrument (as so defined) executed on or before such date and modified after such date if the modification expressly provides that the amendments made by this section apply to such modification.

Some Practical Affects of the Loss of the Alimony Deduction

The starting point for any discussion about the loss of tax deductible alimony is that it means less money for divorced families. Historically, alimony has allowed individuals to give and receive financial support in a way that maximized tax savings for the family. For alimony payors – who must sacrifice a significant part of their earnings for a former spouse – the deduction reduced the financial burden of spousal support. For recipients, the deduction enabled former spouses to receive larger amounts of support, where recipients generally operate at lower tax brackets than alimony payers.

The basic impact of the loss of the alimony deduction is easy to forecast: alimony recipients will receive less alimony while the cost of paying alimony will increase. In states like Massachusetts, where base alimony orders are calculated on a formula set at 35% of the difference between each party’s gross income, the loss of the deduction will skew the statutory framework. Judges will enter smaller alimony order in many cases, to be sure, but in cases where a former spouse requires the maximum order, the cost to the paying spouse will be much higher.

The elimination of the tax deduction is likely to have other changes, including:

The tax deductibility of alimony has facilitated the financial support of lower-earning spouses for decades. Because most alimony-paying former spouses earn income in higher tax brackets –and the income of alimony recipients generally falls into lower tax brackets – making alimony tax deductible made good sense. The parties could stretch their dollars farther using the tax code. According to CNN, about 600,000 Americans deducted alimony from their gross income in 2015.

Eliminating the tax deduction won’t eliminate alimony. It will just make the already strained family court system less efficient, reducing total family income and making divorce negotiations more difficult. In Massachusetts, alimony is not limited to the wealthy; it is a tool used by courts to ensure that childless former spouses stay above the poverty line.

Partisans sometimes suggest that alimony undermines marriage (despite alimony being most common in states with the lowest divorce rates), but one could easily argue that the opposite. In states where alimony is limited, sacrificing one’s career to raise children or support a spouse is foolish. With no alimony safety net, spouses who fail to earn after a divorce can be left destitute. Meanwhile, in states where alimony is more common, spouses can leave the workforce or make career sacrifices without jeopardizing their future as significantly.

There is little question that historically, most alimony has been paid by former husbands. However, this is likely changing rapidly, as more women now earn bachelor’s degrees then men in the United States. Men continue to out-earn women in the workforce, but this is rapidly changing too. For Americans aged 25-34, women now earn 90% of what men earn. Birth rates are at historical lows among Americans, and couples are waiting longer and longer to get married, as more families require two incomes to support even one or two children. With immigration slowing and entitlement-hungry baby boomers rapidly aging, the American economy appears headed for a demographic cliff.

Alimony has been one of the few systemic antidotes to the modern demographic trend. By providing financial protection for spouses who choose to rear children instead of professional advancement, alimony reduces the risk for spouses who focus on family rather than career. Over the long run, weakening alimony is likely to hasten the current trend away from child-rearing, and towards a society in which both spouses must focus on their respective careers – or face financial calamity if their marriage ends. Those who wish for a return to the “good old days” in America – when Ozzie worked and Harriet stayed home to tend to the children – should remember that in modern America, Harriet would have little incentive to stay home with the kids if divorce meant financial destruction.

When is the Bill Effective for Massachusetts Divorces? More Confusion Over the “Nisi” Rule

The first Massachusetts-specific concern to consider is how the antiquated “nisi period” will affect the effective date of the bill in Massachusetts. As we have noted in our prior blogs on the “nisi period”, the Massachusetts legislature has never bothered to change the antiquated and confusing “nisi” rule, where by a typical Judgment of Divorce does not become “final” for 90 days after the Court approves a divorce agreement – or 120 days if the agreement was entered pursuant to a Joint Petition for Divorce.

On any weekday morning in counties across Massachusetts, the utter silliness of the “nisi” rule plays out for all to see. After approving the divorce agreement between two spouses who file a Joint Petition for Divorce, the judge typically says something like this:

Judgment will enter on your agreement in 30 days. The judgment will be become ‘final’ 90 days after that. There is nothing further you need to do, the court will mail you a judgment in the next several days.

The look of utter confusion on the faces of divorcing spouses who hear this speech is always quite striking. You can almost see them wondering: Am I divorced? Will I be divorced in 30 days? Or 120 days? Do I even have to follow the agreement I just signed? When do my support payments start? Am I supposed to take my son to his hockey game tonight or not?

Of course, the answer is too confusing for judges to try to explain to every party. In truth, the terms of the agreement are effective immediately under basic contact principles. The terms of the agreement become court orders upon the entry of “Judgment of Divorce Nisi” – which enters on the date the judge approved the agreement in contested cases and 30 days’ later for Joint Petitions. Typically, the only thing affected by the remaining 90-day “nisi period” is marital status. Parties must wait the 90 days for “Judgment of Divorce Absolute” to enter before they can remarry.

Just because the Nisi rules is silly doesn’t mean it’s harmless, however. Marital status dictates whether parties may filed “individually”, “married” or “married filing separately” on their tax returns. As noted in my blog last year:

This is addressed directly by the Massachusetts Department of Revenue (DOR) in Directive 89-3: Filing Status; Divorced, which states that our hypothetical parties continue to be “married” for tax purposes for the entire 90-day Nisi Period. Moreover, where marital status is purely a function of state law, the Internal Revenue Status will follow DOR’s position, meaning that federal tax filing status is also “married” for our hypothetical divorced spouses.

By summer of 2018, divorce practitioners will need to be thinking about whether the new tax bill’s effective date applies to the date a separation agreement was approved – i.e. the “Judgment of Divorce Nisi” – or the date the judgment becomes “final” – i.e. the “Judgment of Divorce Absolute”. I don’t have the answer to this question yet – the bill only passed on Friday! – but Massachusetts attorneys who get this wrong will have malpractice exposure next year.

It would certainly be nice if the legislature would do the common-sense thing and eliminate the “nisi” rule altogether. (Given that adultery is still a felony in Massachusetts, I’m not optimistic about modern divorce law taking hold on Beacon Hill.)

Does the New Bill Affect the Alimony Reform Act of Massachusetts (ARA)?

The Massachusetts alimony statute “caps” alimony at 35% of the difference between the respective gross (pretax) incomes of the parties. The ARA, passed in 2011, based the 35% cap on the long-standing rule that alimony is tax deductible. Given that many alimony payers earn income in the highest tax brackets, the deductibility of alimony from the payer’s gross income often results in substantial tax savings that significantly “cushions the blow” for payers.

Will the Massachusetts legislature amend the ARA’s 35% cap to reflect the new economic reality under the tax bill? We wouldn’t bet on it, given the legislature sluggish response to other problems with the ARA. That said, it is likely that judges will recognize the new tax conditions in alimony cases starting in 2019, and we can expect the amount of alimony orders in Massachusetts to shrink as a result.

Given the anti-Republican fervor on Beacon Hill, one broad response to the new tax bill may involve changes to Massachusetts tax law that guarantee certain state income tax deductions. In other words, alimony may still be deductible for state income tax purposes. Of course, given that federal income taxes are three to four times greater than state taxes, this would provide only marginal relief for alimony payers starting in 2019.