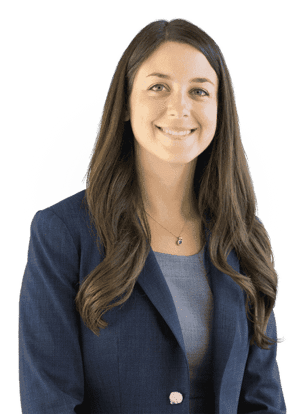 In an opinion announced on September 27, 2016, the Massachusetts Appeals Court once again ruled that individuals who were divorced before 2012 are subject to a different standard than those divorced after 2012 when it comes to the termination of alimony in Massachusetts under the Alimony Reform Act. In Frost-Stuart v. Stuart (2016), the Appeals Court reversed a Probate and Family Court judge’s ruling, which terminated a former husband’s minimum alimony payment of $63,000 per year, following a trial in which the probate court judge found that the former wife was cohabitating with a dating partner. The decision also included a reversal of the probate court judge’s attribution of income of $27,000 to the former wife, for child support purposes, where the judge had assigned all SSDI payments received by a boyfriend to the wife as a contribution from a household member.

In Frost-Stuart, the husband and wife were originally divorced in 2010, and returned to court in 2013, after the husband alleged that the wife was cohabitating with her boyfriend. Under their divorce agreement, wife received child support of $4,750 per month and minimum alimony of $5,250 per month, with additional alimony to be paid if the husband experienced higher earnings. Soon after the divorce, wife began cohabitating with her boyfriend, whose sole source of income was $27,000 in disability benefits.

Reducing or Terminating Alimony Due to Cohabitation Under the ARA

The parties’ separation agreement provided that the husband’s “support obligation may be reviewed and adjusted upon a change in circumstances, including but not limited to . . . the [mother’s] cohabitation with a dating partner.” Although the agreement flagged cohabitation as grounds for review, however, it did not specifically provide that wife’s cohabitation would be grounds for a reduction or termination of alimony. In contrast, the Alimony Reform Act (ARA), G. L. c. 208, § 49(d), which became effective in 2012, is much more specific regarding the effective of cohabitation on alimony, where it provides:

General term alimony shall be suspended, reduced or terminated upon the cohabitation of the recipient spouse when the payor shows that the recipient spouse has maintained a common household, as defined in this subsection, with another person for a continuous period of at least 3 months.

In Frost-Stuart, the probate court judge, Hon. George F. Phelan of the Norfolk Probate and Family Court, applied the ARA standard to the wife’s cohabitation, terminating the husband’s alimony based solely on the wife’s cohabitation, while attributing all $27,000 in disability income earned by the boyfriend to the wife for child support purposes. The resulting order eliminated the wife’s minimum alimony order of $5,250 per month and marginally raised child support from $4,750 per month to $5,529 per month.

By any measure, the judgment of modification represented a major victory for the husband, whose income after support increased 142% from the time of the divorce, while the wife’s combined support decreased by 45% from the divorce to the modification judgment.

In its decision, the Appeals Court reversed the probate court judge’s decision terminating alimony on the grounds that the provisions of G. L. c. 208, § 49(d) mandating the reduction or elimination of alimony due to the cohabitation of an alimony recipient do not apply to alimony orders entered before March 1, 2012. The Appeals Court’s holding arose out of three opinions entered by the Supreme Judicial Court (SJC) on January 30, 2015, in which the SJC held that the provisions of the ARA that call for the elimination or termination of alimony when (a.) an alimony recipient cohabitates with a new partner or (b.) when an alimony payor reaches federal retirement age, do not apply to pre-2012 divorce cases.

It is worth noting that as of this writing, a H 4427, the so-called Alimony Re-Reform Act, passed the Massachusetts House in a unanimous, 156-0 vote, and appears to be gathering momentum in the Massachusetts Senate. If passed, the bill would make the cohabitation and retirement provisions of G. L. c. 208, § 49(d) applicable to all alimony orders, including those arising out of pre-2012 divorces.

The Pre-ARA Standard for Modifying Alimony: Prove a Material Change in Circumstances

Upon determining that the ARA did not apply to the parties’ pre-2012 divorce, the Appeals Court examined whether the wife’s cohabitation warranted termination under either the parties’ separation agreement or the pre-ARA legal standard. The old standard for modifying alimony, which courts have been applying since the SJC created the “gap” in the ARA for pre-2012 divorces, provides that a party seeking to terminate alimony must prove that a material change in circumstances has occurred since the entry of the alimony order that makes termination appropriate.

As noted above, the Court reviewed the provision of the separation agreement that provided the husband’s “support obligation may be reviewed and adjusted upon a change in circumstances, including but not limited to . . . the [mother’s] cohabitation with a dating partner.” Although the agreement flagged cohabitation as a possible ground for modification, the Court concluded that the provision did little to change the husband’s burden under the pre-ARA standard, which required him to prove that the wife’s cohabitation constituted a material change in circumstances warranting termination.

The Court found that the husband failed to meet his burden under the pre-ARA standard:

Even if the judge had applied the standard of a material change of circumstances, we have not been directed to anything in the record that would support his decision to terminate alimony. The first inquiry is whether the mother’s cohabitation gave rise to a material change in circumstances. This must be determined, in pertinent part, on the basis of a change in her need of financial support. Although the mother’s cohabitation may serve to reduce her household expenses or slightly increase her income, further fact finding is necessary to determine whether this is likely to eliminate her need for alimony altogether.

Cohabitation Under the ARA: Requires Reduction, but not Necessarily Termination of Alimony

It is important to note that even if the ARA is applied to the parties’, the probate court judge would not have been required to terminate the husband’s alimony order based solely on the wife’s cohabitation. The Act requires that alimony be “suspended, reduced or terminated” upon proof of cohabitation. In Frost-Stuart, the wife’s boyfriend was disabled. The boyfriend earned total SSDI income of $27,000 per year.

It is hard to believe that the boyfriend’s SSDI’s income meaningfully reduced the wife’s expenses, where the food, utilities and other resources consumed by the boyfriend likely offset most of the $27,000 in income brought in by the boyfriend. In many (if not most) cases, evidence of cohabitation will be sufficient to warrant a termination of alimony. The legislature included the term “reduced” in G. L. c. 208, § 49(d) for a reason, however, and it is difficult to imagine a scenario in which a reduction in alimony (versus the outright termination) would be more appropriate than one in which a former spouse is cohabiting with a new partner who has been deemed totally and permanently disabled under SSDI.

Notably, in footnote 8 of the Frost-Stuart decision, the Appeals Court found that the probate and family court judge erroneously held that the ARA “mandates the termination of alimony upon the cohabitation of the alimony recipient”, when the Act actually provides that alimony shall be “suspended, reduced or terminated:

The judge held that “[a]s for alimony, Alimony Reform Law mandates the termination of alimony upon the cohabitation of the alimony recipient.” The act’s cohabitation provision states that “[g]eneral term alimony shall be suspended, reduced or terminated upon the cohabitation of the recipient spouse when the payor shows that the recipient spouse has maintained a common household . . . with another person for a continuous period of at least [three] months.” G. L. c. 208, § 49(d), inserted by St. 2011, c. 124, § 3.

Again, in many if not most cases, a finding of cohabitation would warrant the termination of alimony. However, if ever there were a case in which a judge should at least consider reducing (rather than terminating) alimony due to cohabitation, Frost-Stuart would appear to be it, given the boyfriend’s disability.

Attribution of Income to Mother Based on SSDI Income of Boyfriend

Clearly, the probate court judge’s termination of alimony represented a difficult defeat for the wife. Adding to the wife’s difficulty was the judge’s decision to attribute all $27,000 per year in SSDI earned by the boyfriend to the wife for child support purposes. Moreover, the judge attributed annual earning capacity of $16,628 (minimum wage) to the wife, resulting in a total income attribution of $43,628 per year to the wife.

The Massachusetts Child Support Guidelines permit attribution of income to either party upon a finding that a party is earning less than he or she could through reasonable effort. See Massachusetts Child Support Guidelines § I-E (2013). Here, the judge found that the mother’s efforts to organize her art supplies and to find employment online did not constitute a diligent search for employment in graphic design, and accordingly attributed a minimum wage income to her.

The Court was far less supportive of the attribution arising out of the boyfriend’s SSDI payments, holding:

By contrast, in attributing income in the form of contributions from the cohabiting boy friend, the judge did not make the findings necessary for a determination that those contributions constitute the mother’s income for purposes of child support. “Additional findings that would aid our analysis include, but are not limited to, . . . the lack of an obligation of the mother’s [boy friend] to support the children, the manner in which the mother’s and the children’s lifestyles are altered by these funds, the discretion that the mother’s [boy friend] maintains in payment of these funds, and the manner in which the mother would support her household absent these funds.” Murray, supra.

Line 2(p) of the state’s official short and long form financial statements require parties to report “contributions from household member(s)”, which are added to a party’s income for alimony and/or child support purposes. However, determining what constitutes a “contribution” can be challenging. For example, there may be an economic advantage to a party sharing a 2-bedroom apartment with a roommate who is not the party’s romantic partner. Sharing expenses with the roommate may enable the party to live in a larger apartment, but of course, the party is required to share his or her space and resources with the roommate. Moreover, some household members may drain more resources than they contribute.

In Frost-Stuart, the probate court judge’s decision to attribute all of the boyfriend’s SSDI income to the wife appears to ignore all of these considerations, failing to take into account even the food, electricity and other basic resources consumed by the boyfriend – all of which cost money, and represent a drain on the wife’s household. There may be no one-size fits all method for determining contributions by household members, but Frost-Stuart appears to be an example of how not to conduct the analysis.