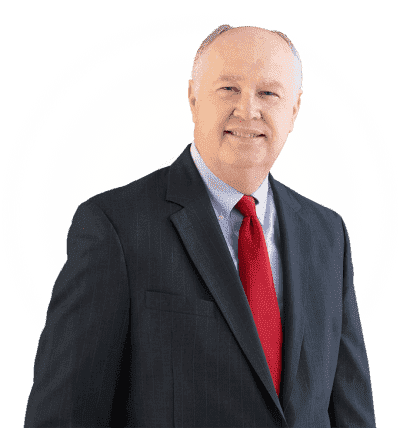 In a typical Massachusetts divorce, each party pays his or her own legal fees and expenses. This is consistent with the so-called “American Rule”, which provides that parties pay their own legal fees in Massachusetts court cases. See Wong v. Luu, 472 Mass. 208, 215 (2015)(“Massachusetts generally follows the ‘American rule’ and denies recovery of attorney’s fees unless such fee-shifting is authorized by contract, statute, or court rule”).

There are a variety of exceptions to the “American Rule” in Massachusetts. For example, G. L. c. 231, § 6F permits judges to award attorney’s fees where “substantially all of the defenses . . . were wholly insubstantial, frivolous and not advanced in good faith.” Meanwhile, the Massachusetts consumer protection statute, G. L. c. 93A, provides for double or even triple attorneys fees when a business has been found to have engaged in unfair or deceptive business practices. Exceptions aside, if a party in the District Court or Superior Court cannot point to a specific statute for a fee award, then that party will invariably be required to pay his or her own legal fees and costs.

Massachusetts Probate and Family Court judges are not constrained by the “American Rule”. Instead, they have a variety of statutes under which they may award legal fees within their discretion. The first and most unique statute is G. L. c. 215, § 45, which provides:

In any proceeding under this chapter, whether original or subsidiary, the court may, in its discretion, award costs and expenses, or either, to either party, whether or not the marital relation has terminated. In any case wherein costs and expenses, or either, may be awarded hereunder to a party, they may be awarded to his or her counsel, or may be apportioned between them.

Generally speaking, most judges limit the entry of orders for fees pursuant to G. L. c. 215, § 45 or Ch. 208, s. 38 to after a trial in which one party was found to be obstructionist, dishonest or otherwise inappropriate. However, under G. L. c. 208, § 17, a probate court judge presiding over a divorce case has the following authority at the temporary order stage:

The court may require either party to pay into court for the use of the other party during the pendency of the action [for divorce] an amount to enable him to maintain or defend the action.

Under this statute, one party may file a so called Motion for Attorney’s Fees Pendente Lite, asking the judge to order the other party to pay his or her attorney’s retainer. (It should be noted that while the Massachusetts statute affecting unmarried parents, Chapter 209C, does not specifically authorize fee awards, Massachusetts appellate courts have held that probate and family court judges have the inherent authority to order fees in cases involving unmarried parents as a component of child support.)

In entering a judgment of contempt for failure to comply with an order or judgment for monetary payment, there shall be a presumption that the plaintiff is entitled to receive from the defendant, in addition to the judgment on monetary arrears, all of his reasonable attorney’s fees and expenses relating to the attempted resolution, initiation and prosecution of the complaint for contempt. The contempt judgment so entered shall include reasonable attorney’s fees and expenses unless the probate judge enters specific findings that such attorney’s fee and expenses shall not be paid by the defendant.

Notably, this requires judges to enter written findings explaining why they chose notto order legal fees against a party who is found in contempt for failing to pay a support.

How Often do Massachusetts Probate and Family Court Judges Exercise Their Authority to Order and Fees and Costs?

Despite their broad authority to order fees and costs, many Massachusetts Probate and Family Court judges are often reluctant to exercise these powers. Even in contempt cases, in which an order for reasonable legal fees is presumptive if a party is found in contempt for failure to pay support, judges routinely seek to entering significant orders for legal fees. Likewise, judges frequently reject motions for attorneys fees pendente lite, even when one party clearly has the funds to pay for an attorney that his or her opponent cannot afford. Moreover, because trials involving family law matters rarely result in a “winner” or “loser”, orders for fees under G. L. c. 215, § 45 are frequently limited to cases in which one party is found to have behaved in an especially egregious manner.

It is challenging to speculate why Massachusetts probate court judges hesitate to enter orders for fees and costs, but a few possible reasons are this:

The take-away from all of this: although Massachusetts Probate and Family Court judge possess very broad authority to order parties to pay the legal fees and costs of the other, they often decline to exercise this authority. In most instances, each party will be responsible for paying his or her own legal fees and costs.