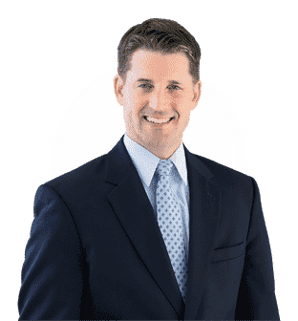 In the wake of the recent ashleymadison.com hack, the internet came alive with jokes about joyful divorce attorneys celebrating in the streets over the stolen data from the adultery website. The Huffington Post wrote breathlessly about divorce lawyers bracing for a “tsunami” of new clients as a result of the hack. This of course begs the question: how do I – an actual divorce attorney – feel about the hack? Let’s just say that I am somewhat underwhelmed.

I seriously doubt that the presence of a spouse’s email address in the hacked Ashley Madison data will be viewed as a “smoking gun” in many divorce cases because I do not believe the website delivered on its promise to deliver a confidential, reliable source for extramarital “dating”. In other words, despite all of the hype, a spouse’s Ashley Madison membership is more likely to reflect a spouse’s curiosity about having an affair than constitute evidence of an actual affair. A membership might reflect a spouse’s intent to explore infidelity, but curiosity is not the same as conduct, and owning an Ashley Madison account is not the same as engaging in real-world adultery.

The Internet: a Common Source of Adultery

One thing I have learned over the course of several hundred divorce cases is that the internet is a source of great temptation. It offers pornography, voyeurism, titillation and the means to explore sexual desires in total solitude. On the internet, a person acts alone. In contrast, adultery usually requires interaction between two people with real-world connections, like ex-boyfriends or girlfriends, co-workers, friends or neighbors. The internet offers solitary temptation, but adultery is an inherently social vice. This distinction is important.

Ashley Madison: the anonymity of the internet mixed with the temptation of adultery.

In the divorce context, most “bad” internet behavior involves a spouse viewing pornography or engaging in secretive forms of voyeurism that fall short of a sexual contact with another individual. This most often manifests itself in ways we might associate with addictive behaviors; the internet-obsessed spouse becomes disinterested in sex with his wife, and begins spending huge amounts of money and time on pornography, online sex chats, etc. Indeed, one could even argue that the Internet’s supply of free pornography on the internet – focusing on every imaginable dimension of human sexuality – actually reduces real-world adultery in some ways. A person who is addicted to internet pornography often eschews real world sexual encounters in general.

In contrast to the solitary world of internet voyeurism, adultery is a social phenomenon that requires direct contact between individuals. Adultery is affected by technology, of course. Social media platforms like Facebook provide the means to allow old flames or co-workers to privately contact each other. Eventually, “one thing leads to another” and an affair breaks out, but Facebook is merely a tool in facilitating the affair. Text messages and chat platforms also play a big role in modern infidelity – I could fill a dozen steamy novels with the lurid text message exchanges I have read over the years – but again, this is technology facilitating adultery; a tool rather than the root cause. With internet sex addition, the technology is no mere tool; the internet is the addiction. With adultery, technology facilitates and enables the behavior in much the same way technology facilitates other forms of multi-tasking. (Ironically, technology also leaves the digital paper trail that leads to the discovery of many affairs.) 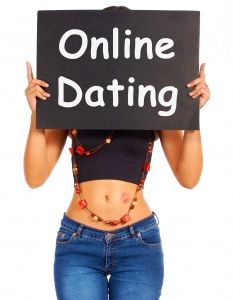 For most cheaters, online dating websites are too risky to try.

Ashley Madison seeks to apply the online dating models popularized by services like Match.com in the adultery context. While this sounds good on paper, most affairs involve individuals who share real-world social connections of some kind – i.e. neighbors or co-workers. Obviously, this is not always the case: it is not that uncommon to find serial philanders who use dating websites to seek out multiple partners, escorts, and other online strangers for sex. (I even had a case involving a particularly ambitious cheater who created his own dating website.) The problem most serial philanders face is that they tend to get caught pretty quickly. To put it plainly: carrying on sexual relationships with multiple strangers via online dating sites without your spouse’s knowledge is difficult, time-consuming and risky. Sooner or later (probably sooner), the cheater gets caught.

Psychologically, cheating is all about risk. People tend to cheat with friends, neighbors, ex’s and co-workers because they perceive it as less risky than seeking affairs over the internet with strangers. Ashley Madison seeks to overcome the perceived risks of having an affair with a stranger through marketing. Implicit in website’s appeal is its promise that each and every member of Ashley Madison shares the same goal: have a secret affair without getting caught. What better way to solve the riskiness of adultery, after all, then joining a community that makes the shared promise of secrecy its central premise? The problem, of course, is that Ashley Madison can’t deliver on its promise. After paying, a would-be cheater probably finds that the website fails to address the core risks associated with cheating, despite the marketing hype about “secrecy”.

After joining Ashley Madison, the user finds that sexual partners still need to be identified and cultivated, which is difficult without in-person contact or independent knowledge of the partner’s appearance or character. The logistics of cheating remain difficult, given that website members are neither friends, neighbors, co-workers nor social acquaintances – i.e. any of the kinds of real world relationships that give two cheaters an excuse to be around each other without raising suspicions. Finally, there is trust. Even if one manages to identify and cultivate a cheating partner, and overcome the logistical challenges of meeting for a date, there is no guarantee that the cheating partner will keep our cheater’s secret. Without body language, voice inflection and real world conversation, what does one online Ashley Madison user really know about another? Not much.

Chances are, most Ashley Madison users are tempted by the idea of a low-risk affair with an attractive and willing partner, but are ultimately disappointed that the real world challenges posed by an affair with a stranger are not resolved by the website. What does all of this mean to me, as a divorce attorney? It means that hype surrounding the Ashley Madison hack is probably overblown. Why? It is simple: Ashley Madison probably didn’t result in many actual affairs. The vast majority of users probably never had a date through the service. Indeed, a spouse whose email address appears in the hacked data can probably look their spouse in the eye and say: “I never met anyone from the site. I was just curious.” They were intrigued by the fantasy, but if an affair occurred, it probably was not through Ashley Madison.

Most marriages can withstand a spouse engaging in some level of voyeuristic sexual behavior online, whether it is pornography or anonymous sex chat. Clearly, a paid membership at ashleymadison.com is representative of larger problems in a marriage, but it isn’t necessarily fatal if the user never had an affair. The closest analogy I can think of is internet sex “chats”. Unlike pornography, “chats” involve interaction between the spouse and another person, but it falls short of an affair.

None of this is to say that the Ashley Madison hack won’t lead to some divorces. It is easy to imagine a hack email address being “the last straw” for spouses with a history of philandering – or bringing such a shock to a conservative non-cheating spouse that divorce becomes the only option. It is even easier to imagine the appearance of a spouse’s email address in the leaked database triggering the slow erosion of trust, suspicion, resentment, and emotional distance that are symptomatic of most divorces.

What sets the Ashley Madison hack apart from more common adultery scenarios is the public nature of the disclosure. We have all watched television shows like the Sopranos, where there’s an unspoken agreement between spouses: go ahead and cheat if you have to, but don’t humiliate me by flaunting your affairs in public. Most affairs involve only a small circle of people “in the know”: the cheating spouse and his partner in crime, perhaps the non-cheating spouse and a few others. The more public the adultery – the greater the knowledge among friends, families and associates of what occurred – the more difficult it often becomes for a marriage to survive beyond the adultery. When friends and family become aware of the adultery, the cheating spouse must deal with anger and changed attitudes among former friends and in-laws, while the non-cheating spouse must cope with the gossip and shame of “taking back” a known cheater as others look on.

The Ashley Madison hack is unique in its public dimension. In this scandal, it will not be a spouse who discovers the cheating, but rather, the technologically savvy co-worker, friend, family member, or random Facebook friend who happens to check the hacked database for the right email address. [NOTE: Within a matter of weeks (if not days), I expect web-apps to appear that allow users to import their entire “friends” list from social media networks – such as Facebook and Linkedin – to identify any Ashley Madison users among their social media contacts. I also expect the email addresses to soon be published in list form, allowing for much more comprehensive searches.] Knowledge of the Ashley Madison users’ identities will pass through social circles in strange and unpredictable ways, sometimes being revealed quickly to a spouse, sometimes becoming fodder for water cooler gossip in the workplace, and sometimes slowly working its way between friends and acquaintances, with the spouse the last to know. In many cases, it may be the parties’ technology savvy children who discover the hacked dated before either parent.

What should a cheater do: tell his spouse about his Ashley Madison account or take his chances with the internet?

Users (and let’s be honest, it’s usually menwe are talking about) who have been “caught” on the Ashley Madison email list face many awkward questions. Should he get out ahead of the issue and tell his wife before she hears it from somewhere else? Should he actively tell friends and co-workers that someone added his email to the database maliciously? Should he stay silent and cross his fingers? What happens if more data than just email addresses becomes available?

I suspect that it will be fairly rare for the Ashley Madison hack alone to cause a divorce. But divorces will result from the facts and circumstances surrounding the hacked data. Can the user honestly say that he was “just curious”, and never had an affair? Was his profile symptomatic of a wider pattern of infidelity? Were there infidelity issues before the user joined the site? Or after? Did the user take the initiative and tell his wife about the membership before she heard it from someone else? Did knowledge of his membership spread among friends, family, co-workers or other social connections to create the feelings of guilt, humiliation and other social responses that deepen the damage caused by infidelity?

As a divorce attorney, I expect to soon hear the words “Ashley Madison” fairly frequently during consultations for the next few months. For most clients, however, Ashley Madison will only be the beginning of their conversation with their friendly neighborhood divorce attorney.

— UPDATE (8/27/15):
Annalee Newitz of Gizmodo.com conducted an analysis of the hacked Ashley Madison data, and perhaps unsurprisingly found that virtually no real women actually use the site: