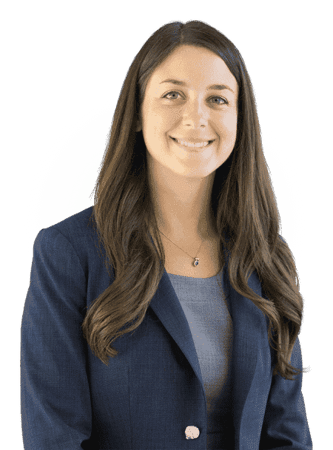 In my third and final blog on Heystek v. Duncan (2016), an unusually clear decision recently released by the Massachusetts Appeals Court, I will discuss the portion of the Court’s ruling addressing the Wife’s violation of Supplemental Probate and Family Court Rule 411. Under Rule 411, parties to a Massachusetts divorce are prohibited from liquidating, transferring or otherwise disposing of marital assets while the case is pending, except for the purposes permitted under the rule. Specifically, Subsection 1 of Rule 411 provides:

Neither party shall sell, transfer, encumber, conceal, assign, remove or in any way dispose of any property, real or personal, belonging to or acquired by, either party, except: (a) as required for reasonable expenses of living; (b) in the ordinary and usual course of business; (c) in the ordinary and usual course of investing; (d) for payment of reasonable attorney’s fees and costs in connection with the action; (e) written agreement of both parties; or (f) by order of the court.

In addition to limiting how parties may treat marital assets, Rule 411 also prohibits parties from incurring debt in each others’ names or canceling any medical insurance, life insurance, car insurance or disability insurance policy. In Heystek v. Duncan (2016), however, the Court dealt squarely with Subsection 1 of the rule, with its focus on marital assets.

How Does a Party Violate the Automatic Restraining Order?

At its most basic level, Rule 411 seeks to prevent the transfer or disposal (i.e. spending) of any marital assets once a divorce is filed, subject to common sense exceptions such as paying one’s legal expenses and covering reasonable living expenses. Although M.G.L. c. 208 s. 34 broadly defines marital property to include the “any part of the estate of” either party, in practice, Rule 411 is most applicable to jointly held assets, such as joint bank accounts.

In Heystek, soon after the divorce was filed, the Wife withdrew approximately $40,000 from the marital estate without agreement by the Husband or an order from the court. The Court upheld the finding of contempt against the Wife for violating Rule 411, describing her actions as follows:

Although the opinion does not provide much detail on the Wife’s actions, we know that the parties had more than $2.6 million in assets, suggesting that the Wife’s withdrawal of $40,000 in funds would have a fairly minor impact on the marital estate. We also know from the opinion that the parties lived a fairly opulent lifestyle, which suggests that the Wife may have consumed $40,000 in fairly short order simply by maintaining her lifestyle. Moreover, for a divorce of this size and complexity, the Wife’s legal expenses almost certainly exceeded $40,000 in total. The opinion makes clear, however, that the Wife’s use of the $40,000 was not authorized under the rule’s exceptions for legal fees or living expenses.

It is quite possible that the Wife used a share of the $40,000 to pay her attorneys, but kept the remaining funds for expenses that – at the time she made the withdrawal – would probably fall under “reasonable expenses of living”. It is clear that the focus of the Wife’s argument before the Appeals Court focused on her intent: i.e. the Wife argued that she should not be found in contempt because, at the time she withdrew the $40,000, she expected to use the money in a manner authorized under Rule 411. The Appeals Court disagreed, holding that the Wife’s intent at the time of the withdrawal did not matter. All that mattered was that the Wife transferred the funds and then failed to use the funds in a manner permitted under Rule 411.

The main takeaway from the Court’s treatment of the Automatic Restraining Order in Heystek can be summed up in one word: caution. Parties (and the attorneys advising them) must be cautious about how they treat assets once a complaint for divorce has been filed and served. It is not enough for a party to intend to spend the money in manner permitted under Rule 411. They must actually spend the the money in this way.

Intent is Irrelevant: a Party Can be Held in Contempt for Violating Rule 411 Even if he or she Did not Intend to Violate the Automatic Restraining Order

The Heystek Court’s point about the Wife’s intent is no small matter. We know from existing case law that “intent” can mean two things in a contempt action. First, if the contempt case depends on the meaning of an ambiguous agreement, the “intent” of the parties may be relevant in contract terms. In my blog reviewing Contempt actions in Massachusetts, I wrote:

In Cooper, the father was not found in contempt because the order in question (which was found in the parties’ divorce agreement) was ambiguous. The probate court judge accepted evidence surrounding the parties’ intent at the time of the agreement, however, and ultimately determined that the father’s conduct was inconsistent with the intent of the agreement.

In other words, courts will examine the intent of the parties when agreed to a specific term. The second way “intent” comes up in contempt cases is through the concept of “willfulness”. In other words, did the defendant violate the order on purpose? Or was the violation accidental, inadvertent or based on confusion? On the issue of willfulness, I wrote the following in the same blog:

What constitutes “disobedience” can be a thorny issue. One thing a plaintiff does not need to prove is that the defendant “wilfully” violated an order. In other words, the plaintiff does not need to prove the defendant specifically meant to violate a court order. Thus, a defendant who feels he is acting consistently with the order can be found in contempt if a judge determines that the defendant’s interpretation of the order was wrong. However, Massachusetts courts have been wobbly (for lack of a better word) on this point. In Wooters v. Wooters (2009), for example, the Appeals Court held that “the husband’s disagreement or misunderstanding of the issue does not constitute clear and undoubted disobedience of a clear and unequivocal command”.

The Heystek opinion deals with the Wife’s intent in the context of wilfulness. In other words, did the Wife intend to violate Rule 411 when she withdrew the $40,000? Clearly, the Wife asserted that she never intended to violate the rule when she withdrew the funds. Like Tommy Lee Jones in the Fugitive, the Appeals Court held up its hands and said, “I don’t care.” The Court held that it didn’t matter if the Wife intended to violate the rule. All that mattered was that the rule was violated. The Court unceremoniously rejected the Wife’s argument as follows:

[Wife’s] contention that her violation was unintentional, because at the time she withdrew the funds she did not intend to violate the order, is unavailing.

The Court then cited United Factory Outlet, Inc. v. Jay’s Stores, Inc. (1972), in which the SJC held, “there is no requirement that the complainant show an intention on the part of the defendant …. It is enough if [the complainant] shows that the defendant violated the terms of an unambiguous decree.”

A Clear Directive For Divorcing Parties in Massachusetts

Although the Heystek decision may seem harsh on its surface, clear appellate opinions of this kind are desperately needed in the Probate and Family Court. Probate court judges are vested with extremely broad discretion – and in too many cases, the Appeals Court and SJC fail to articulate clear rules for probate court judges, parties and attorneys to follow.

In past decisions, the question of “intent” in contempt cases has been confused by the concept of “wilfulness”; an opaquely defined term that seems to center on whether the defendant acted maliciously. For example, in Hoort v. Hoort (2014), the Appeals Court held “[t]he term ‘disobedience’ can include, but does not depend upon, a concept of wilfulness.” What Hoort fails to explain, however, is whether a party who violates an order – but not willfully! – should be found in contempt. The Heystek decision is much clearer: it does not matter if a party intentionally violated an order; what matters is that they did violate the order.

In the context of Rule 411, the takeaway from this part of the the Heystek decision is that parties who transfer or withdraw marital funds under an exception to the Automatic Restraining Order should make sure they actually use the funds for a permitted purpose. The mere fact that a parties intends to use the funds for an acceptable purpose at the time of the withdrawal is not a defense if, after the transfer, they fail to use the funds for their original purpose.