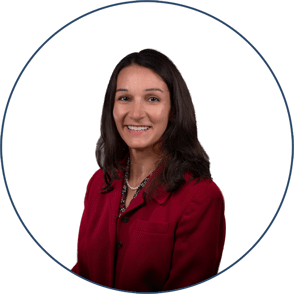 Personal injury attorney Lisa A. Galas examines proximate cause by reviewing a single-car car accident in Stoneham, MA, and the chain of events that followed.

A car accident in Stoneham, Massachusetts, only involved one vehicle, but caused so much damage that it left emergency responders astounded. Luckily, no one was hurt in the crash. However, the extent of the property damage illustrates how causation works in personal injury cases in Massachusetts. The accident happened just after midnight on Sunday, March 26, 2017. The 22-year old driver, a male from Woburn, Massachusetts, was driving through the town of Stoneham, to the north of Boston, after what police alleged was a night of drinking. Near the intersection of William Street and Alden Avenue, the driver lost control of his vehicle and slammed into a utility pole.

The crash caused severe damage to the driver’s 2009 Acura, but this was only the beginning. The force of the collision knocked down the utility pole, causing violent a chain reaction. The first pole yanked overhead electrical wires, tearing down another utility pole, which then pulled down another pole. In rapid succession, three utility poles were brought down because of the crash, with a forth left severely damaged and leaning. One downed pole landed on the car of a nearby resident, shattering the rear window. Electrical wires were strewn in the street and the power went out for several blocks.

Despite the extent of the damage and the electrical wires all around them, both the driver and his passenger walked away from the wreckage unscathed. When police responded to the scene, they reported finding the driver inebriated, placing him under arrest for drunk driving.

How Far Does Liability for a Crash Go?

From a person injury or property damage perspective, the question in a case like this is often: at what point does the chain reaction caused by the accident become so unexpected and unpredictable that we no longer hold the driver responsible for the damages?

Personal injury cases are all about getting compensation for a victim’s injuries from the person who caused the damage. “Injuries,” are not limited to hospital visits, however. Under the law, personal injury cases can also get compensation for a victim whose property has been damaged, even if the victim was not physically harmed in the accident. For example, the Stoneham crash led to a downed utility pole smashing into a parked car. Who will pay for the damages caused to the car? The driver in the crash? The individual’s auto insurer? Or should the town pay, if it turns out the utility poles were installed improperly, so they fell like dominoes when a single pole was hit by a car? How about the company that installed the utility poles for the town?

If victims of the crash could hold driver responsible, why couldn’t they also find the bar he was served and hold it responsible, as well? What about the hosts who may overserved the driver at a party before he drove? What about the liquor maker? At some point, there is a limit to who a plaintiff can hold responsible for an accident. We determine these limits by analyzing legal and proximate causation.

Legal Cause and Proximate Cause: Who is at Fault?

Because cause and effect can go on and on, to ever-more-report and attenuated “causes” of accidents, the law in Massachusetts recognizes two different faces of causation: Legal cause and proximate cause. In this context, “causation” is defined as the “causal relationship between conduct and result”. In other words, causation is the means by which the law determines whether the actions of a specific individual were legal cause of harm experienced by another, such that the acting party should be responsible for the other’s damages.

Legal cause is easy, and follows the but for rule: The victim can get compensated by Person A if, but for A’s conduct, the victim would not have been hurt. For example, the owner of the car smashed by the utility pole would not have suffered damages but forthe driver allegedly drinking to excess.

However, the “but for” analysis of legal causation is problematic because it allows to go backwards in time indefinitely, finding a cause for every cause, until it becomes absurd. After all, but for the Stoneham driver being born, none of the damages would have occurred. We can hardly sue the driver’s parents for procreating, however. To limit the endless scope of legal causation, the law requires proof of proximate causation, as well.

Proximate Cause: The Weakest Link in a Chain of Events

Proximate causation first appeared in Massachusetts courtrooms in 1872. In the case Lane v. Atlantic Works(1872), the judge ruled on a personal injury case by saying:

The injury must be the direct result of the misconduct charged; but it will not be considered too remote if, according to the usual experience of mankind, the result ought to have been apprehended… The test is to be found in the probable injurious consequences which were to be anticipated, not in the number of subsequent events and agencies which might arise.

Now more than 130 years old, this case still captures how proximate cause works in our state. If someone is negligent and causes an accident, and this accident causes another accident, which causes yet another accident, the touchstone for determining liability is how foreseeable it was that those additional accidents would follow from the first one.

The phrase “superseding cause” is important here. In our recent blog about a stolen U-Haul van causing damage in Revere, Massachusetts, we noted that Massachusetts generally does not hold car owners responsible for damages caused by a car thief who steals the owner’s vehicle:

Massachusetts has decided that owners shouldn’t be liable for someone else’s injuries in these situations. In Massachusetts, we’ve decided that those injuries – even though they wouldn’t have happened but for the owner’s negligence in leaving their car unsecure – are too far removed from the owner’s negligence. Instead, it’s the thief that’s responsible for the accident and the resulting injuries.

In short, Massachusetts has decided that in most cases, a thief decision to steal a car owner’s vehicle “supersedes” the car owner’s negligence for leaving his or her keys in the car. Again, using the Revere crash as an example, the law is likely to say that even if the U-Haul owner negligent left the keys in the vehicle, allowing the thief to steal the van, the destruction and damage that followed the theft and car chase were not a foreseeable result of the owner leaving the keys in the van. The theft was a superseding cause of the damage that broke the chain of causation.

In the Stoneham driver’s case, even though he only drove into the first utility pole, it seems likely the chain-reaction that the accident off was a foreseeable one. With electrical wires attached to each pole, knocking down the first pole was likely to trigger a domino-effect with the others, further down the street. The power outage that resulted from the down poles was almost certainty a foreseeable result of the driver’s negligence. Finally, as utility poles came crashing down, it seems entirely foreseeable that one or several poles would land on another person’s property or, as it happened, in the rear window of that person’s car.

Unfortunately, it is all too common for Massachusetts drivers to be injured or even killed in accidents involving drunk drivers. The damages in such case are often substantial, such as a recent $6.1 million verdict in Massachusetts after a drunk driver hit and killed a 21-year old pedestrian, or a recent $4.78 million settlement paid by three bars after a woman was severely injured by a drunk patron.