We charge $425 for a 30-minute phone consultation.

In Massachusetts, the lines between child abuse, “spanking”, and harsher forms of physical discipline have become increasingly murky as courts have struggled to determine how much parent-on-child violence constitutes criminal assault. In 2015, the question of what level of “force” qualifies as acceptable parental discipline was addressed by the Massachusetts Supreme Judicial Court in Commonwealth v. Dorvil, 472 Mass. 1 (2015). In Dorvil, the SJC recognized the existence of a “parental privilege” that serves as a defense for parents accused of assaulting their children. In a lengthy and thoughtful decision, the SJC painstakingly tried to draw a line between legal parental discipline and the illegal “use of force” against a child, finally arriving at this standard:

[W]e hold that a parent or guardian may not be subjected to criminal liability for the use of force against a minor child under the care and supervision of the parent or guardian, provided that (1) the force used against the minor child is reasonable; (2) the force is reasonably related to the purpose of safeguarding or promoting the welfare of the minor, including the prevention or punishment of the minor’s misconduct; and (3) the force used neither causes, nor creates a substantial risk of causing, physical harm (beyond fleeting pain or minor, transient marks), gross degradation, or severe mental distress. By requiring that the force be reasonable and reasonably related to a legitimate purpose, this approach effectively balances respect for parental decisions regarding the care and upbringing of minor children with the Commonwealth’s compelling interest in protecting children against abuse. By additionally specifying certain types of force that are invariably unreasonable, this approach clarifies the meaning of the reasonableness standard and provides guidance to courts and parents.

The SJC opinion goes on to suggest that the test should be applied in the following, highly nuanced manner:

In applying the framework, each of the three prongs constitutes a question for the trier of fact. In evaluating the reasonableness of the force used, and of the relation of that force to a permissible parental purpose (the first two prongs of the test), the trier of fact may consider, among other factors, the child’s “age,” the “physical and mental condition of the child,” and “the nature of [the child’s] offense.” … In evaluating the third of the three, the trier of fact must decide whether the force used or the risk of injury it created was, in context, sufficiently “extreme” as to be inherently impermissible.

Dorvil is a thoughtful opinion that seeks to balance the needs of ordinary parents against the needs of children who are abused by violent parents. However, the application of any lengthy, multi-pronged test to a single act of discipline/violence can be problematic. Accordingly, parents must be quite cautious when physically disciplining their children in Massachusetts. Indeed, under the Dorvil test, any of the following criteria might warrant criminal charges for child abuse:

Obviously, opinions differ between parents over what constitutes “reasonable” punishment. Such differences of opinion will be reflected in the judges and juries deciding these cases. Unlike the “use of force” by police, there are no rules and regulations for parenting that judges and juries can use to evaluate physical discipline by parents.

In addition to the above factors, a judge or jury must evaluate the punishment administered by the parent to determine if it was “reasonable” in light of the child’s age, physical and/or mental condition and misbehavior. These multiple, overlapping factors introduce even more uncertainty to the equation. A jury who is asked to decide a case on the Dorvil standard will quickly realize that the rule contains so many variables based on personal beliefs/opinions that the test really cannotbe called a “standard” at all.At best, Dorvil provides an analytical framework – a set of guideposts, but little more – for judges and juries considering such cases. It does not provide a clear rule defining what level of physical force by parents that constitutes child abuse. 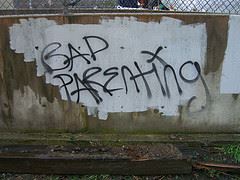 The Appeals Court’s subsequent decision in Commonwealth v. Packer, No. 13-P-928 illustrates the problems inherent in permitting any level of deliberate violence by adults towards children. In Packer, the Appeals Court reversed the conviction of a woman convicted of assault for slapping and pulling the hair of her 14-year old girl stepdaughter. The child’s alleged misbehavior: lying about a piece of cheese in the refrigerator that belonged to the step-mother.

The Packer opinion starts with a reasonable enough premise: a stepparent who has reared a child for years should be entitled to the same defenses as a biological parent, to the extend the individual is acting in a parental role. If the stepparent stands in the shoes of the child’s biological parent, the reasoning goes, the stepparent should be entitled to the same privileges as a biological parent. As the Packer dissent (Berry, J.) points out, however, the real problem with the majority opinion has nothing to do with biology, but rather, the majority’s contention that a parental figure who slaps and pulls the hair of a 14-year old girl (over a piece of cheese) could ever be deemed “reasonable”.

To be clear, the majority opinion carefully explains that reversing the step mother’s conviction was required because a reasonable jury could have found the woman’s conduct reasonable. The majority explains:

The Commonwealth additionally argues that the defendant (and the father) should not have been allowed to raise a parental discipline defense because the amount of force they used was excessive as a matter of law. We are not unsympathetic to this argument, especially with regard to the father. … However, viewing the evidence in the light most favorable to the defendant, reasonable jurors could have concluded on this record that she did not “cause[], []or create[] a substantial risk of causing, physical harm (beyond fleeting pain or minor, transient marks), gross degradation, or severe mental distress.”

In the dissent, Justice Barry forcefully disagrees with the majority’s stance, however:

To be clear further about my position in this dissent, even if the daughter in the past told lies to her parents, what kid has not done that? Do lies in the past, none of which were even probed into at trial or shown to be major or to be of and concerning matters of the child’s safety, justify an assault upon the daughter for taking some cheese from a refrigerator and not immediately confessing thereto for a minute or so? I simply do not see the justification for the affirmative defense of parental discipline that the majority would take from this record.

What makes Packer so troubling is just how easy it is to find loopholes in the supposedly “strict” Dorvil test for discipline vs. abuse. After all, Packer suggests, how can a prosecutor really prove that a physical attack that leaves “only … a scratch” constituted “physical harm” or “severe mental distress”? Just how hard was the slap? How viscous the hair pull? Packer seems to suggest that the only standard that reallymatters is whether the attack leaves a bruise. Indeed, Packer illustrates just how empty phrases such as “physical harm” and “mental distress” become once the law permits adults to direct intentional violence towards children.

After all, most people will recover from a slap across the face or punch in the stomach, right? Such targeted violence is not going to kill anyone. Most teenagers exist in a perpetual state of mental distress anyway, right? The point is: quantifying what constitutes a reasonable level of intentional violence against another person is highly problematic. In the police context, we can quantify whether a suspect was resisting arrest or posed a danger to others, and we can rely on police rules and regulations to evaluate the officer. How much violence is reasonable for a child who poses no threat at all?

In the wake of Packer, many questions remain unanswered: how many times can a parent slap a teenage girl’s face with an open hand in 30 seconds before it becomes a crime? Three times? Ten? What about a punch that only leaves a scratch? How about a welt? A bloody nose? What about a punch to the stomach that leaves a 40-pound child gasping for breath for 30 seconds, but leaves no lasting mark?

In Packer, the bottom line for the Appeals Court seems to be that child abuse only seems to occur when a child suffers from lasting injuries. In short: don’t leave any marks. The impact on criminal cases, as well as investigations by the Department of Children and Families (DCF) into allegations of abuse or neglect, is hard to assess, given the murky and mixed messages being conveyed.

A Different Rule for Foster Parents

[T]he department has determined that a foster child should not be placed in a home where corporal punishment is used as a disciplinary measure. Creating an exception to this policy for individuals like the Magazus who employ physical discipline in conformity with their religious beliefs would severely undermine the department’s substantial interest in protecting the physical and emotional well-being of children whose welfare has been entrusted to the department’s care. Moreover, expecting the department to place with the Magazus children who have not suffered neglect or abuse is neither realistic nor feasible given the type of children served by the department and the potential dearth of information concerning the precise nature and scope of their prior trauma. Based on the department’s compelling interest in protecting the welfare of foster children, we conclude that its prohibition against the use of corporal punishment in a foster home outweighs the burden on the Magazus’ right to employ physical discipline in accordance with their religious beliefs.

In essence, the SJC found in Maguzu that DCF is within its rights, as an administrative agency, to prohibit foster children from being placed in a home in which any child – even the family’s biological children – are subject to physical discipline. In other words: a parent who physically disciplines a child may not be committing a crime, but even so, the state does not trust them with other people’s children.

We charge $425 for a 30-minute phone consultation.