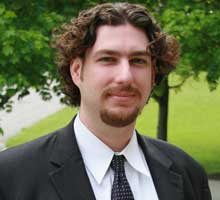 The Appeals Court ruled, in Pisano v. Pisano, on numerous issues involving a bifurcated trial, a Massachusetts prenuptial agreement, temporary alimony and family loans. The primary issues in the case all could have been prevented by inclusion of clear provisions in the prenuptial agreement. This is not a criticism of the drafters, because in many instances the soon to be married couple don’t want to deal with these types of specifics. However, this case demonstrates the importance of clear and thoughtful decision-making and drafting when creating a prenuptial agreement.

While the prenup did not explicitly say “income from separate assets is excluded from the calculation of alimony” as clearly as it could have, the appeals court upheld this decision finding that the language of the prenup clearly intended to exclude income from separate assets from being divided. More clear prenup drafting on the issue of “income from separate assets” could have avoided the need for an appeal on this issue. Also of note here, the Appeals Court points out that the “modification of rights under G. L. c. 208, § 34, does not, in the circumstances, act as an ‘unknowing waiver’ of the husband’s alimony rights.” In other words, the Alimony Reform Act does not automatically invalidate prenup limitations on alimony just because the law changed.

2. Order for Husband to reimburse temporary alimony paid from separate as

The Husband had requested as a temporary order of $12,000 per month in alimony to be paid from the Wife to him, and the Wife submitted a more modest proposed order of $1,500 per month. The Judge’s order was $2,000 per month and $32,000 total was paid before the alimony was suspended. The Appeals Court did not agree that the payment of temporary alimony unjustly enriched the Husband, especially since the Wife had made a similar proposal rather than arguing that alimony was excluded completely due to the prenuptial agreement.

While the Wife, in hindsight, probably wishes she had forced the issue at temporary orders more, I’m not sure that would have really made a difference. The SJC has already ruled that temporary alimony has a different purpose and nature than a final order of alimony. This decision is consistent with that earlier ruling, regardless of how the court got there. Also of note here, the Appeals Court points out that the prenup doesn’t mention “temporary alimony.”Since the Court’s are treating this as essentially a different category of alimony, prenuptial agreements should address temporary alimony specifically or take the risk that it’s considered separately.

3. Order for Wife to be solely responsible for a $100,000 liability created during the marriage. – UPHELD

The Wife borrowed funds during the marriage to pay what she termed “legitimate familial obligations.” The Husband indicated the possibility of her obtaining those funds from other sources, and claimed to not know she was borrowing the funds. Based partially on how the funds were spent (to support adult children of the wife’s previous husband), the lower court agreed with the Husband. The Appeals court found no abuse of discretion in this determination.

Also of note, here, the Appeals Court points out that the prenup “contains no specific provision concerning the payment of marital liabilities…” This is another area where a clear prenup provision on the issue of the marital debt could have avoided significant legal fees to fight the issue.

This blog is re-posted from Skylark Law & Mediation’s Scaling the Summit Blog.

About the Author: Justin L. Kelsey is a Massachusetts divorce mediator and collaborative law attorney with offices in Framingham and Hingham, Massachusetts. Attorney Kelsey is the owner and founder of Skylark Law & Mediation and is of-counsel at Lynch & Owens.