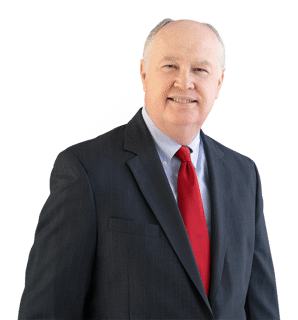 With the filing of the NFL Player’s Association’s (NFLPA) brief on Monday, December 7, 2015, the issues on appeal have crystalized. The NFL appealed the September 3, 2015 decision of Judge Richard Berman to vacate the suspension of Tom Brady, thus putting the matter before a 3 judge panel in the U.S. Court of Appeals for the Second Circuit.

In his lower court opinion, Judge Berman was careful to pay respect to the time-honored policy of judicial deference to arbitration decisions before he eviscerated NFL Commission Roger Goodell’s arbitration decision. Judge Berman based his decision to vacate upon several significant legal deficiencies, including (A) inadequate notice to Brady of both his potential discipline (four game suspension) and his alleged misconduct; (B) denial of the opportunity for Brady to examine one of two lead investigators, namely NFL Executive Vice President and General Counsel Jeff Pash; and (C) denial of equal access to investigative files, including witness interview notes.

A. Notice of Discipline to Tom Brady

Judge Berman held that Brady had no notice that he could receive a four-game suspension for general awareness of ball deflation by another or participation in any scheme to deflate footballs, and non-cooperation with the ensuing investigation. Brady also had no notice that his discipline would be the equivalent of the discipline imposed upon a player who used performance enhancing drugs.

In it’s brief, filed on October 26, 2015, the NFL relied heavily on the general broad powers bestowed by the Collective Bargaining Agreement (CBA) upon the Commissioner in arbitration proceedings, powers which Judge Berman held were not limitless powers. The gist of the NFL’s argument is that Brady was punished under Paragraph 15 of the standard form NFL Players Contract that each player signs which gives the Commissioner authority to discipline players who are “guilty” of conduct he “reasonably judge[s] … to be detrimental to the League,” i.e., “conduct detrimental.”. The NFL further argues that Goodell was “crystal clear that he was not imposing discipline under the steroid policy” and that “discretionary punishment he had chosen to impose was ‘fully consistent with, if not more lenient than’ the punishment under that policy, and therefore could not be described as wholly outside the bounds of what the parties to the CBA contemplated as appropriate punishment for conduct that seeks to “secure a competitive advantage in, and threatens the integrity of, the game.”

The NFLPA and Brady countered that neither Paragraph 15 of the Players Contract nor Article 46 of the CBA, under which Brady appealed to the arbitrator (Goodell) define “conduct detrimental”, though the Players Contract offers a couple of examples (steroids and gambling associations). But the CBA does 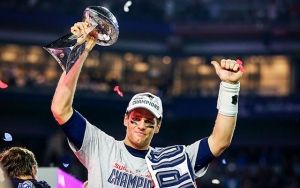 provide the players the right to notice of “prohibited conduct and discipline” so the league annually promulgates Player Policies to address player discipline. The one applicable to Brady is entitled, “Discipline for Game-Related Misconduct”, which contains a provision for “Other uniform/Equipment Violations”.

Brady’s Mastery of Goodell to Continue

The NFLPA and Brady argue that the conduct with which Brady was charged was an equipment tampering violation for which there was a collectively bargained punishment – i.e., “First offenses will result in fines.” The Brady side went on to cite the U.S. Supreme Court case, United Steelworkers of Am. v. Enter. Wheel & Car Corp., which held that “courts have no choice but to refuse enforcement” of awards that ignore the remedies provided in collective bargaining agreements. The NFLPA also pointed out that no player had ever been disciplined for a ball inflation tampering violation – the closest to it had been the disciplining of a New York Jets equipment manager in 2009 – so there was no case precedent for the Brady suspension. The NFLPA also wisely cited Goodell’s own testimony in the Adrian Petersen arbitration hearing that the NFL is “required to give proper notification” of player discipline.

The notice issue is, by far, Brady’s strongest issue and the one that made Goodell look silly. Goodell’s argument that conduct for which “first offences will result in fines” – a policy which he designed – will somehow also be “conduct detrimental” to the game and result in a 4 game suspension – strains credulity. For the Commissioner to concurrently base his decision on Article 46 of the CBA – i.e., Brady engaged in conduct “detrimental to the integrity of … the game of professional football” – Goodell, himself, stated in his award that “[n]o prior conduct detrimental proceeding is directly comparable to this one”. He pretty much self-destructs on the notice issue. This is a loser argument for Goodell and a winner for Tom Brady’s side.

B. Goodell’s denial of the opportunity for Brady to examine NFL Executive Vice President and General Counsel Jeff Pash

Judge Berman found that “Goodell’s denial of Brady’s motion to compel the testimony of Mr. Pash was fundamentally unfair and in violation of 9 U.S.C. § O(a)(3). Given Mr. Pash’s very senior position in the NFL, his role as Executive Vice President and General Counsel, and his designation as co-lead investigator with Ted Wells, it is logical that he would have valuable insight into the course and outcome of the Investigation and into the drafting and content of the Wells Report. It is also problematic to the Court that there was no specification by Goodell as to the ways Pash’s testimony would have been “cumulative” … Denied the opportunity to examine Pash at the arbitration hearing, Brady was prejudiced. He was foreclosed from exploring, among other things, whether the Pash/Wells Investigation was truly “independent,” and how and why the NFL’ s General Counsel came to edit a supposedly independent investigation report. … As co-lead investigator and senior executive with the NFL, Pash was in the best position to testify about the NFL’s degree of involvement in, and potential shaping of, a heralded “independent” Investigation.”

The NFL/Goodell side argues that:

So the argument goes that, since the Commissioner found, as fact, that Wells and not Pash was the investigator, that was that and Judge Berman cannot substitute his opinion of what is cumulative for that of Goodell. Similarly, the NFL maintains that Goodell’s finding that Pash’s testimony would only have been cumulative (corroborating) of Wells’ testimony is to be treated with great deference under settled arbitration law. Also, the NFL pointed to an offer by Goodell during the arbitration to reopen his Pash ruling if Wells’ testimony contradicted Goodell’s determination of Pash’s role and that Brady never tried to later take Goodell up on the offer and, thus, waived the right to appeal the issue to Judge Berman.

The Brady side argues that Pash’s testimony cannot have been “cumulative” when no one else could testify what edits Pash made to the “Wells” Report. Wells didn’t know the contents of Pash’s pre-release edits so there was no way Goodell reasonably rule that Pash’s testimony would only be cumulative. Furthermore, both Troy “Vincent [who handed down the suspension] and Goodell both expressly relied on the Wells Reports purported ‘independence’ in rendering their determinations.” As for Goodell’s offer to revisit the issue of the Pash testimony, the NFLPA argued that it did again object to Goodell’s ruling in its post-arbitration brief and that it was Goodell – not the NFLPA – who was promised to revisit the issue and he did not.

This is probably the NFL’s best argument because there is a substantial body of case law that holds that, even a seriously wrong finding of fact by an arbitrator is not enough for a court to overturn it, as long as he is acting within the scope of his authority under the CBA. That is the rub here: whether Article 46 of the CBA permitted Goodell to exclude Pash’s testimony. Article 46 provides that: “The NFLPA and NFL have the right … to present, by testimony or otherwise, any evidence relevant to the hearing.” But Goodell’s “broad” authority to determine the issue is governed by the case law requirement of “fundamental fairness” in arbitration proceedings and that is where the argument starts to shift in Brady’s favor. This issue will be decided by the relevant case law and it is well settled that an award must be vacated when the arbitrator “exclude[s] [non-cumulative] evidence… pertinent and material to the controversy.” Tempo Shain Corp. v. Bertek, Inc., 120 F.3d 16, 20-21 (2d Cir. 1997); 9 U.S.C. § 10(a)(3). Goodell made a mistake at the hearing by not letting Pash testify. Had he done so, he could then have ascribed whatever weight he wanted to Pash’s testimony and that finding would have been inviolable. Instead, Goodell created a big issue on appeal. It is a closer issue for Goodell but he will lose this issue as well.

C. Goodell’s denial of access to investigation files to Brady

Judge Berman also wrote that Brady’s prejudice is the fact that the New York law firm of Paul, Weiss, Rifkind, Wharton & Garrison LLP (Paul, Weiss) – Ted Wells’ New York law firm – acted as both alleged “independent” counsel during the Investigation and also (perhaps inconsistently) as retained counsel to the NFL during the arbitration. Paul, Weiss uniquely was able to retain access to investigative files and interview notes which it had developed; was able to use them in direct and cross-examinations of Brady and other arbitration witnesses; share them with NFL officials during the arbitral proceedings; and, at the same time, withhold them from Brady.

The NFL argues that Judge Berman did not have the authority to “second-guess” Goodell’s evidentiary decision to deny Brady access to the investigative notes of Paul, Weis. The NFL argues then in its brief to the Court of Appeals that, as counsel to the NFL in the lower court hearing, the notes were attorney-work product and protected by the attorney-client privilege. The NFL also now argues that it “had already produced … all documents that the Paul, Weiss team considered when preparing the report.” And so the argument goes, that Brady was not prejudiced.

In its brief, the NFLPA called the NFL’s claim that it produced all of the documents that Paul, Weiss considered “false” and went on to point out that “Goodell stated only that ‘the Management Council produced all of the NFL documents considered by the investigators in preparing their report.’ The NFLPA received not one file generated by the Pash/Wells investigation. Aware that Article 46 required the NFL to “exchange copies of any exhibits upon which [it] intend[ed] to rely,” Goodell asserted that the Paul, Weiss files “played no role in the disciplinary decisions.” But since it is undisputed that the NFL exclusively “relied” on the Wells Report to discipline Brady, it follows that the NFL “relied” on the investigative materials that supplied the sum and substance of that Report. Federal law requires that an arbitral award be set aside when essential evidence in the hands of one party is denied to another.

Goodell, once again, created an unnecessary procedural issue by denying the investigative notes to the Brady team. Had he simply ordered their release, there would not be an issue now. If he was as biased as the NFLPA believes, Goodell could have let Jeffrey Kessler make whatever hay he could at the hearing and then bury Brady with outrageous findings that would survive the appellate process.