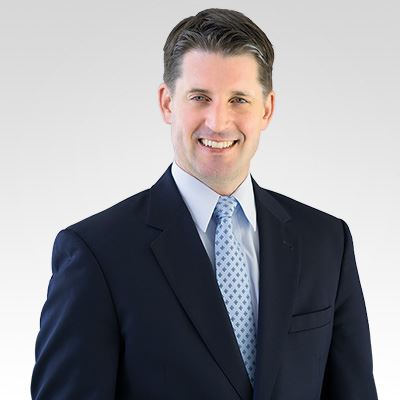 Below, please find answers to frequently asked questions about divorce and family law conciliation in Massachusetts.

Need a Conciliator or Conciliation-Friendly Attorney for your Massachusetts Case?

Are there licensing requirements for conciliators in Massachusetts?

Are all conciliators attorneys or retired judges?

Because conciliators offer specific feedback on the strength of each party’s position, nearly all qualified conciliators are practicing family law attorneys and/or retired judges. As noted above, retired judges are often highly qualified to offer feedback to clients regarding contested legal issues. However, where the real goal of conciliation is to seek resolution of the case, many clients and attorneys feel that a conciliator’s most important skill set is the ability to mediate issues once the conciliation process is underway.

What preparation is required for conciliation?

For clients attending conciliation without an attorney, it may make sense for the client to spend some time researching the conciliation process.

Who pays for conciliation?

In many cases, parties share the cost of the conciliation. However, it is also not unusual for one party to pay the fee of the conciliator. In some cases, it makes sense for the conciliator’s fee to be paid from the client fund accounts held by one or both attorneys.

The conciliator’s opinions are not impacted by which party pays the fee.

How much does conciliation cost?

At South Shore Divorce Mediation, we require a retainer for 4.0 hours of work at an hourly rate of $350.00 per hour for conciliation. This includes 1.0 hours to review pleadings/memos, and 3.0 hours for the conciliation session and follow up. If parties request a memo/report, this will generally cost an additional 1.0 hours. Please visit our pricing page for more detail.

It is not uncommon for the parties to request additional sessions with a conciliator, particularly if the parties and attorneys believe that progress is being made towards settlement. Additional time is billed at the hourly rate of $350.00 per hour.

Will my conciliator write a report that can be viewed by the judge in my court case?

Parties and/or their attorneys can request a written report from the conciliator that summarizes the issues reviewed, the status of negotiations and/or the conciliator’s feedback on each party’s position. Parties can request a report that can be submitted to the judge with the clear, written consent of both parties. Parties may also request a settlement summary in which conciliator prepares memorandum summarizing the status of negotiations, much like a mediator might prepare.

The parties and their attorneys have a great deal of control over what kind of report the conciliator prepares, if any.

Can conciliation be performed virtually using Zoom or Virtual Platforms?

Absolutely. Conciliation is well suited to Zoom and other virtual meeting platforms.

How has conciliation been impacted by the Covid-19 pandemic?

Delays to trial time and court availability due to Covid have drastically increased demand for conciliation for parties who are seeking to litigate their case but find that courts simply are not available to advance case in timely manner. Conciliation allows parties to receive feedback from qualified third party in a speedy and efficient manner without fully “pausing” case to attempt mediation. Moreover, because conciliation offers a more robust format than mediation, litigants often find that conciliation offers a preferable forum compared to mediation, which tends to be a less authoritative process.

How do parties usually end up in conciliation?

Most (although not all) conciliation clients come to the process after hitting and impasse in litigation. With the Covid crisis drastically reducing access to courts, many parties and their attorneys are now seeking conciliation where judges are simply not available. Conciliation often represents a middle ground between fully committing to mediation vs. continuing with litigation. Because most conciliations include the participation of attorneys, the conciliator is often suggested and/or selected by the attorneys.

Do parties ever participate in conciliation without attorneys?

Can each party be represented by an attorney during conciliation?

Most conciliations involve parties who are represented by attorneys, but it is not required. A conciliation session most often includes two parties and two attorneys in family law cases. Attorneys can play an important role in the conciliation process by helping to explain the conciliator’s feedback to their respective clients.

How is conciliation different from going to trial in a courtroom?

First and foremost, a conciliator is not subject to the scheduling and time constraints of a trial court judge. Conciliations can generally be scheduled quickly, based on flexible schedule – in contrast to the months (or years) of delay parties experience in the trial court.

In some ways, family law conciliation is similar to how some judges conduct pretrial conferences in the Probate & Family Court. In pretrial conferences, attorneys for the parties submit memoranda to the Court summarizing their client’s arguments and positions, and the judge often provides feedback during the hearing regarding how he or she might rule at trial. However, because a judge must maintain impartiality and reserve his or her final decision for trial, after all evidence is submitted, most judges take a cautious approach to offering feedback at a pretrial conference. The judge often notes that he or she has not made up his or her mind about any issue, and any feedback he or she offers is only preliminary. Finally, the judge at a pretrial conference generally only plays a limited role in settlement talks, where settlement negotiations are confidential and generally conducted outside of the presence of the judge.

Unlike a judge or arbitrator, a conciliator is not the final decision maker in the party’s case. This means that the conciliator does not need to reserve his or her opinions until all of the evidence is presented at a final trial on the merits. The conciliator is encouraged to offer his or her opinions based on each party’s presentation of the evidence, then participate directly in the settlement negotiation process. This can help facilitate settlement.

How is conciliation different from arbitration?

An arbitrator is essentially a trial judge that parties independently choose to decide their case through a “private” trial. Most arbitrators conduct what essentially amounts to a trial, with documentary exhibits and witnesses, all subject to the rules of evidence. The arbitrator’s binding decision effectively substitutes for a trial court’s ruling and is not generally subject to appeal, except in limited circumstances. Because an arbitrator’s role is so similar to that of a judge, the arbitrator is limited from participating directly in settlement discussions in much the same way as a trial court judge. Indeed, settlement negotiations are generally confidential and occur outside of the judge/arbitrator’s presence.

Like an arbitrator, a conciliator provides feedback (and even a written memorandum, if requested) evaluating the strengths and weaknesses of each party’s case. The conciliator may also hear “argument” from each attorney that sounds quite a lot like a court hearing or arbitration session.

Unlike in arbitration, however, the conciliator’s opinions are not binding on the parties. Unlike most arbitrators, a conciliator participates directly in settlement negotiations, in which the conciliator often plays a role similar to an evaluative mediator. In short, an arbitrator’s main focus is hearing arguments and evidence and making a binding decision. A conciliator’s main focus is on listening to each party’s position and assisting the parties in reaching a settlement.

How is conciliation different from mediation?

Conciliation is very similar to evaluative mediation, but allows the neutral third party to play different role than most mediators. Most divorce and family mediation is “facilitative”, which is to say, the mediator attempts to guide the clients towards resolution without injecting the mediator’s subjective opinion into the negotiation unnecessarily. However, some clients seek out “evaluative” mediation, in which the mediator offers specific feedback and opinions on each client’s position, including the mediator’s opinion on how a judge would likely rule on individual issues.

Most conciliations include periods of “argument” in which each attorney presents their client’s case, and the conciliator listens and provides feedback, much like a judge. Most conciliations (although certainly note all) occur after litigation has already been filed in court. Although mediation also occurs during active litigation, it is more common for clients to pursue mediation prior to the commencement of formal litigation.

The main differences between conciliators and evaluative mediators come down to the degree of formality. Conciliation is designed to more closely mimic a courtroom process, with the submission of memos, the participation of attorneys, and the conciliator expected to preside over argument in a somewhat authoritative manner. Evaluative mediation tends to be somewhat less formal, with less emphasis on each side “arguing their case” and the mediator occupying a somewhat less formal and authoritative role.

Of course, once negotiations get started, it can be almost impossible to tell the difference between a conciliator and evaluative mediator. Both roles often involve the third-party neutral rolling up his or her sleeves and pushing the parties towards resolution in very similar ways.

What is the role of the conciliator in divorce and family law cases?

What family law cases are resolved through conciliation?

Conciliation is an effective method for resolving most family law related matters, including divorce, child custody and child support cases between unmarried parents, modification cases and contempt cases. In general, a conciliator can assist parties in the resolution of any form of family law dispute that can be litigated in the Probate & Family Court. Conciliators can be utilized during the pendency of a litigation, or prior to litigation beginning.

What is conciliation for divorce and family law cases?

Conciliation is a method for resolving disputes in divorce and family law cases through the use of a neutral third-party individual who assists the parties in reaching resolution by identifying areas of agreement as well as discussing the strengths and weaknesses of the parties’ respective positions. In conciliation, the parties and/or their attorneys present their positions to the conciliator, who evaluates and offers feedback on each party’s settlement position and factual and legal arguments.