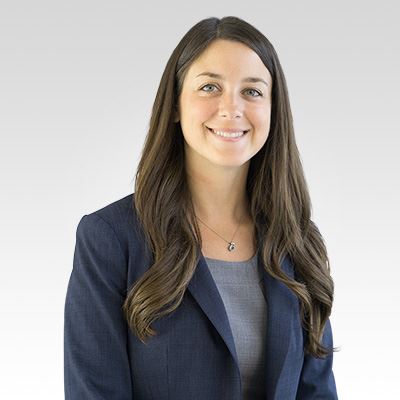 Any mediated divorce or custody case involving children can trigger a host of issues, from child support and child custody, to holiday and based parenting schedules. Regardless of marital status, breaking up is hard, particularly when children are involved. Following a separation, the tensions that caused the parents’ breakup rarely disappear entirely. Raising your children cooperatively with the other parent following a breakup—also called co-parenting—can be challenging and emotionally complex. However, co-parenting is not impossible if you maintain your composure and keep your focus on the long-term well-being of your children.

Co-parenting arises out of the idea that both parents can work with each other for the benefit of the children, despite their differences. The co-parenting theory is so important to Courts that the Massachusetts Probate and Family Court system requires divorcing parents to participate in an “parent education” class in order to obtain a divorce in the Commonwealth. The idea behind co-parenting is that both parents can and should put aside their personal animosity to raise their children as harmoniously as possible in two households. Of course, thi is easier said than done. Moreover, both parents want to move forward with their own lives and need to be mindful that moving forward will have an impact on the child, whether that means a significant other, relocation, or even a schedule adjustment. General elements of co-parenting include:

Not all parents who separate or divorce will be ideal co-parents. Some parents are satisfied letting the other take primary responsibility in raising the children, getting some parenting time, and paying child support. Other parents will be eager to participate in their child’s growth, and will seek to play a large role in the children’s development, education, and day-to-day routines.

The Struggles of Co-Parenting

Co-parenting is not easy because the strained relationship that led to the separation often carries over and creates conflicts about how to raise your children and the decisions that need to be made. Unfortunately, parents will sometimes use their children as a way to carry on the disputes with the other parent—in fact, many people do it without even realizing it. There are other factors, besides the emotional ones, that plays a role in your ability to co-parent. Distance can play a huge role in adding to the challenge, where one parent relocates and is farther away. This can create difficulties in the exchanges during parenting time. The ability to communicate civilly, both in front of the children and just between parents is another challenge. The extended lines of communication make it more difficult to parent your children in a consistent manner. By not being able to always communicate when necessary, parents can get easily frustrated. Additionally, this frustration can show your children a divided front that sows confusion and gives them the opportunity to learn how to manipulate people for their own gain. Parents who have separated often have more trouble disciplining a child for misbehaving. If the child’s mother grounds him or her for one of their misdeeds, but then the mother does not communicate this to the father, or if the father refuses to follow through on the mother’s decision, then the child is shown an opportunity to exploit the next time they are being disciplined. A united front is not easy after a divorce or separation, but it is beneficial to both you and your children if it can be done, even on the surface.

Focus Your Energy on the Long-Term Benefits to Your Children

One of the most common mistakes that separated parents make is focusing on what the other parent has done in the past and allow this hindsight to impact their decisions on their child’s future. It is very difficult to look past these emotional responses and keep from acting on them, but focusing on the long-term benefits it has on your children can be the best way to overcome this urge. Simply because a parent did not spend a certain holiday with the family last year does not mean he or she does not want to this year. As the situation changes by way of a divorce or separation, so will the parents (and children), and everyone must be prepared to make adjustments. Remembering that your actions will affect your children, that you love your children, and that you want what is best for them—and that this should be prioritized over any ill-will towards you’re the other parent—is the first step in successful co-parenting after a divorce or separation.

Nicole is a divorce mediator and mediation coach for South Shore Divorce Mediation, with offices in Hingham, Massachusetts and East Sandwich, Massachusetts. She is also a collaborative law attorney Senior Associate Attorney for Lynch & Owens, P.C., where she specializes in divorce and family law issues. Nicole is a statutory mediator under M.G.L. Ch. 233, s. 23Cand a proud member of the Massachusetts Council on Family Mediation. To read more from Nicole Levy, check out her author page on the Lynch & Owens Blog. Disclaimer: The information you obtain at this site is not, nor is it intended to be, legal advice. You should meet with an attorney for advice regarding your individual situation. You are invited to contact our office. Contacting the office does not create an attorney-client or mediator-client relationship. Please do not send any confidential information to the office until such time as an attorney-client or mediator-client relationship has been established. This blog is considered an advertisement for the Law Office of Lynch & Owens, P.C. d/b/a South Shore Divorce Mediation. The Massachusetts Rules of Professional Conduct broadly govern all advertisements and communications made by attorneys and law firms in the Commonwealth. Generally, legal websites and any other content published on the internet by lawyers are considered a type of communication and an advertisement, according to the Comments to Rule 7.2.