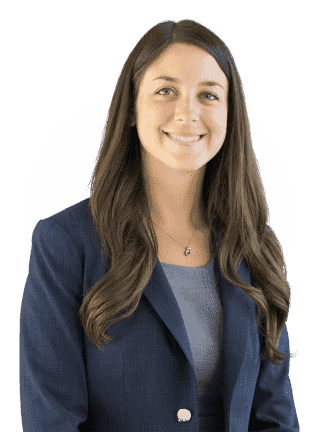 The legislation, which was made public Thursday, would eliminate the tax deduction that divorcees receive on their payments to ex-spouses.

These payments, typically codified in the terms of a divorce settlement, are different than child support and are usually referred to as alimony or spousal support.

If the GOP tax bill passes as written, the change would affect divorces carried out after December 31. So it wouldn’t affect anyone already paying alimony.

Lawyers say it would have a big impact on how divorce proceedings play out.

Needless to say, the elimination of tax deductible alimony would drastically change the family law landscape in Massachusetts. Alimony itself would continue to exist, but a statute like the Alimony Reform Act (ARA), which caps alimony at 35% of the difference between the spouses’ respective incomes, would need to re-written to account for the change in tax treatment.

Why the Alimony Tax Deduction Matters

The tax deduction has always represented a “silver lining” for alimony payors, since it allows tax paying responsibility to shift from the higher-earning spouse – who is typically in a higher tax bracket – to the lower-earning spouse. Because the alimony recipient must pay taxes on alimony received, the alimony deduction has generally been regarded as less of a “loophole” than other tax breaks. However, there is no question that the shift in tax-paying responsibility from a spouse in a higher tax bracket to the spouse in the lower tax bracket does result in reduced revenue for the government overall.

Eliminating the alimony tax deduction would eliminate one of the few incentives that exists for higher-earning spouses to agree to pay alimony. Alimony is already widely recognized as the most contentious issue in many divorces, and eliminating the tax break will make an already bitter pill even harder to swallow for payors.

It should be noted that CNN’s expert, Attorney Malcolm Taub, told CNN that “[t]he vast majority of divorce settlements include some sort of spousal payment provision.” While this is technically true, it is somewhat misleading. While most divorce agreement mention alimony, only a fraction of divorce cases include an actual alimony order. (The majority of divorce agreements simply note that neither party is paying alimony.) It is doubtful that Taub meant to conflate the inclusion of a spousal support provision with actual alimony orders.

Red vs. Blue State Politics a Factor in Elimination of Alimony Deduction?

Although most states have some form of alimony on the books, a quick survey of the internet suggests in very general terms (and with several exceptions) that more alimony is paid in blue states versus red. Several reviews of the GOP tax plan suggest that the elimination of tax deductions under the plan would negatively impact blue states while benefiting red states. Obviously, the exact financial impact of eliminating the alimony deduction would be difficult to calculate, but in general, it appears that the change would increase the tax burden in blue states, where alimony is generally more common.

About the Author: Nicole K. Levy is a Massachusetts divorce lawyer and family law attorney for Lynch & Owens, located in Hingham, Massachusetts.