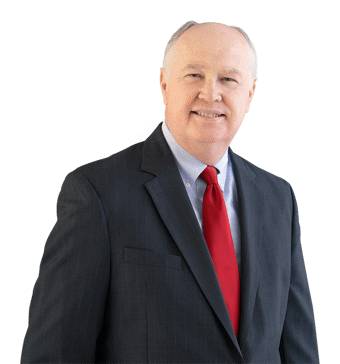 As predicted here, President Donald Trump has appointed 10th Circuit U.S. Court of Appeals Judge Neil M. Gorsuch to the U.S. Supreme Court (SCOTUS) to fill the seat of the late Justice Antonin Scalia. As the scene now shifts to a polarized U.S. Senate, it is important to note that the trajectory of recent history appears to be aimed straight at the implementation of the so-called “nuclear option”, a parliamentary procedure intended to circumvent a Senate filibuster. 1

Article II, Section 2 of the United States Constitution requires the president, when a SCOTUS opening presents itself, to obtain “by and with the Advice and Consent of the Senate”. The Constitution does not define what type of vote is required to obtain the “Advice and Consent” of the Senate so it is left to the Senate to determine what that means in accordance with Senate rules. As it presently stands, it essentially means not a simple 51-vote majority but a 60-vote majority because that is how many senators must vote to close out a filibuster and bring the matter to the floor. Once the full Senate votes whether to confirm, a simple majority (51 votes) will decide the matter.

A Growing Divide in the Senate

In recent years, however, votes to confirm a president’s SCOTUS nominee have become quite partisan in nature with relatively few senators willing to cross over and vote against their own party line. That partisan divide was evident in the last 3 SCOTUS confirmations. In 2006, President Bush’s nominee, Samuel Alito, was confirmed by a vote of 58-42 with only 4 Democratic senators crossing the aisle to vote with the Republican senators. In 2009, President Obama’s nominee, Sonia Sotomayor, received only 9 GOP votes in a 68-31 confirmation vote. And in 2010 – the last time a SCOTUS confirmation occurred – the vote for Elana Kagen was 63–37 (5 GOP in favor and one Democrat – Byron Nelson- opposing).

In addition to the apparent baked-in partisanship, the Republican-controlled Senate refused to hold either a hearing or a vote on President Obama’s nominee to fill the Scalia vacancy, Judge Merrick Garland, whose nomination expired with President Obama’s term of office on January 20, 2017. That refusal has reportedly infuriated the Democrat Senate leadership, including Senate Minority Leader Chuck Schumer, who has vowed to fight any nominee Democrats see as outside the “mainstream”. Regardless of what that term means, there is worry in some circles that neither Gorsuch nor any of the other judges on President Trump’s list of 21 potential nominees could get through with the filibuster rule currently in place. Trump vowed to replace Scalia – the most conservative Justice in the past 50 years – with a Scalia-like replacement. It is highly questionable as to whether Antonin Scalia himself could make it through a Senate vote, were he considered by the Senate today, without being filibustered under the present system. Keep in mind that Justice Scalia was confirmed on a 98-0 vote in 1986. This is the potential battle that is shaping up over Judge Gorsuch’s nomination and that is where the so-called “nuclear option” comes in.

To invoke it, all the Senate has to do is change its present rule to allow the confirmation of Supreme Court justices on a simple majority vote. Republicans only hold 52 Senate seats and getting 8 Democrats to cross over – even those in Red States up for re-election next year – is seen by many as an impossible task for the GOP Senate leadership. The wild card in this calculus is the large number of Democratic senators up for re-election next year in states carried by President Trump (10), 5 of which were carried by double-digits. However, because Democrats have been quite skilled in recent years in holding their membership together, 8 cross-overs would seem like a tall order. But the GOP, assuming it can hold their votes together, doesn’t need any Democratic votes to repeal the filibuster rule. Ironically, it is the Democrats who provided the GOP with the opening to change the Senate rules. In 2013, when they still controlled the Senate. On November 21, 2013, the Senate voted 52–48, with all 45 Republicans and 3 Democrats voting against, to eliminate the use of the filibuster against all executive branch nominees and judicial nominees other than to the Supreme Court.

Will it come to that point with this nomination? There are some Republicans, like Senator Ted Cruz, who are openly committed to doing whatever it takes to confirm Judge Gorsuch, with “all procedural options” on the table.” There are some on the Democratic side of the aisle who feel that this is the wrong time to have this fight since they see this nomination as the replacement of one conservative Justice with another and so it would not upset the present balance. And for all anyone knows, by the time the next SCOTUS opening occurs, the Democrats might again be in control of the Senate.

The prediction here is that there will be much noise made over this nomination but that the Democratic opposition will not force a “nuclear” confrontation by invoking a filibuster of this nomination. Judge Gorsuch will be confirmed largely on party lines with a handful of Democratic cross-over votes.

About the Author: James M. Lynch is an attorney for Lynch & Owens, located in Hingham, Massachusetts.